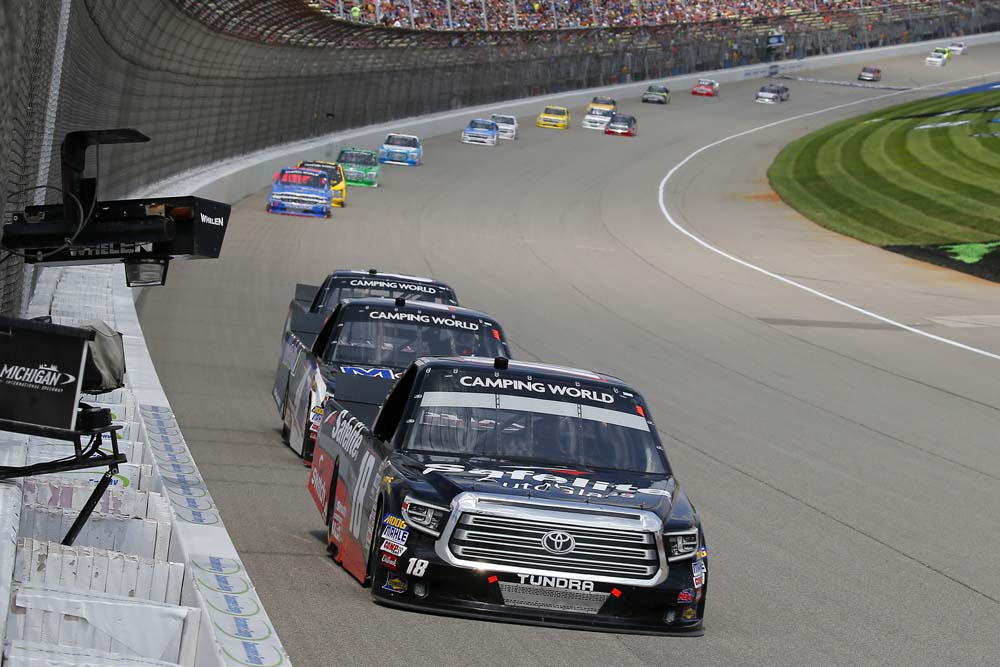 Noah Gragson started third, led 18 laps and finish fourth in Saturday’s Corrigan Oil 200 at Michigan International Speedway. The fourth-place result was the 20-year-old driver’s ninth consecutive top-10 finish this season and helped him maintain second place in the regular season championship standings with one race remaining before the start of the playoffs. 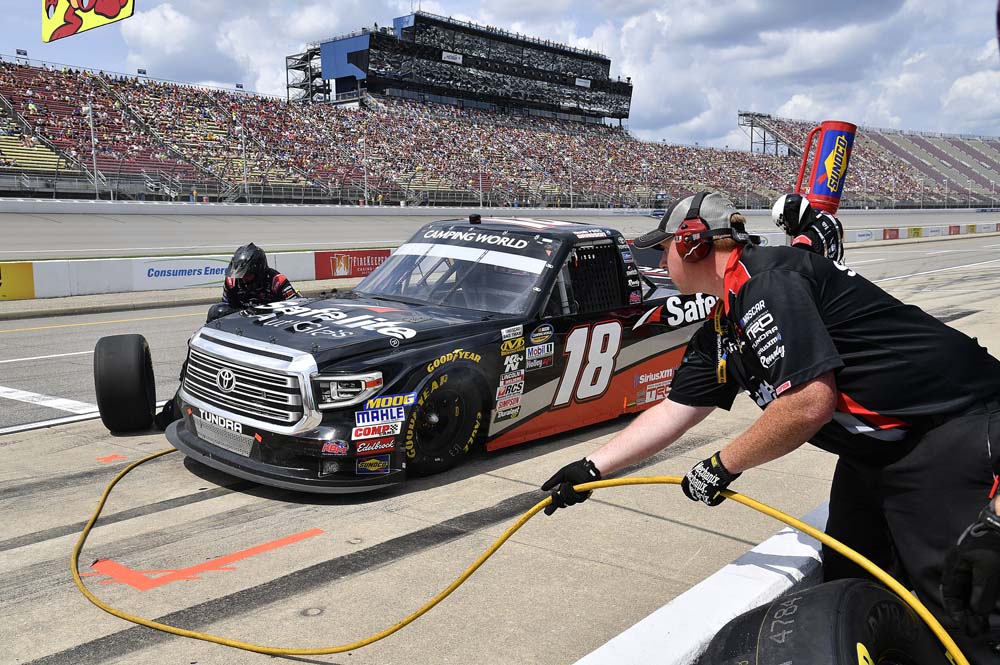 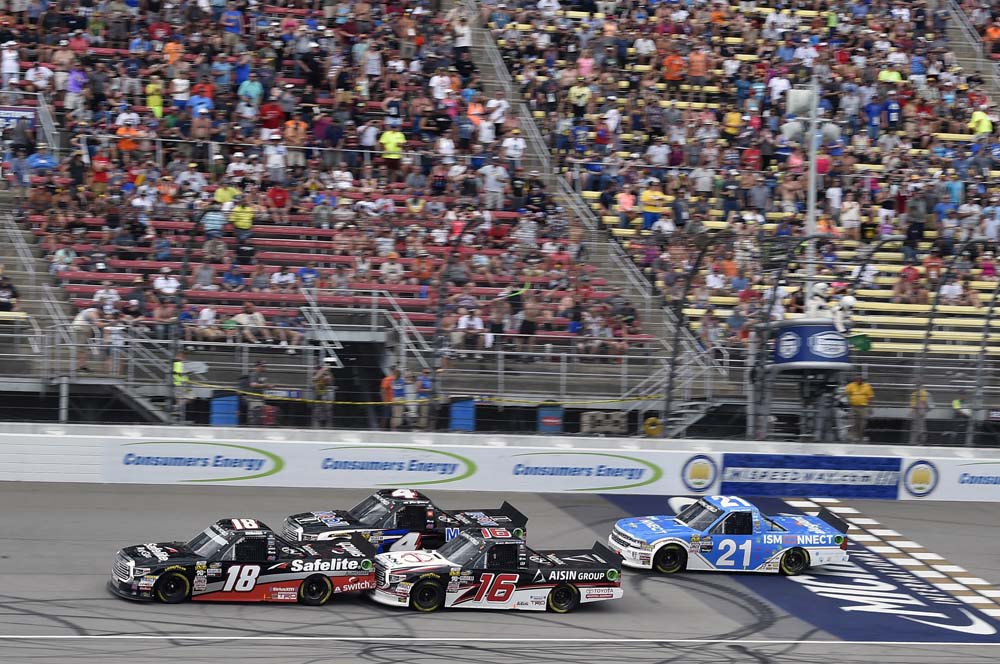 Where did you fall short today?

“I felt like we executed good at the beginning of the race. We were leading some laps there after I passed Matt Crafton and my truck was money — probably the best truck I’ve ever had. Come down pit road and put two tires on it and we just lacked on the execution to adjust and stay ahead of it. Way too tight there at the end to race with those guys, so we will learn for the future. I really felt confident in the way I prepared for the race this weekend and really felt confident in my Safelite AutoGlass Toyota Tundra. All weekend we’ve been fast and just came up short — really disappointed right now.”

The No. 18 team, which scored a runner-up finish with Erik Jones substitution for Gragson at Pocono Raceway in Long Pond, Pa., ranks second in the Owner’s championship standings, 14 tallies behind the No. 21 team

Gragson will be back behind the wheel of the No. 18 Safelite AutoGlass Tundra when the Truck Series resumes action Aug. 16 at Bristol (Tenn.) Motor Speedway. Live coverage of UNOH 200 begins Thursday at 8:30 p.m. on FOX.