Gragson Is Ready to Play in the Dirt at Eldora 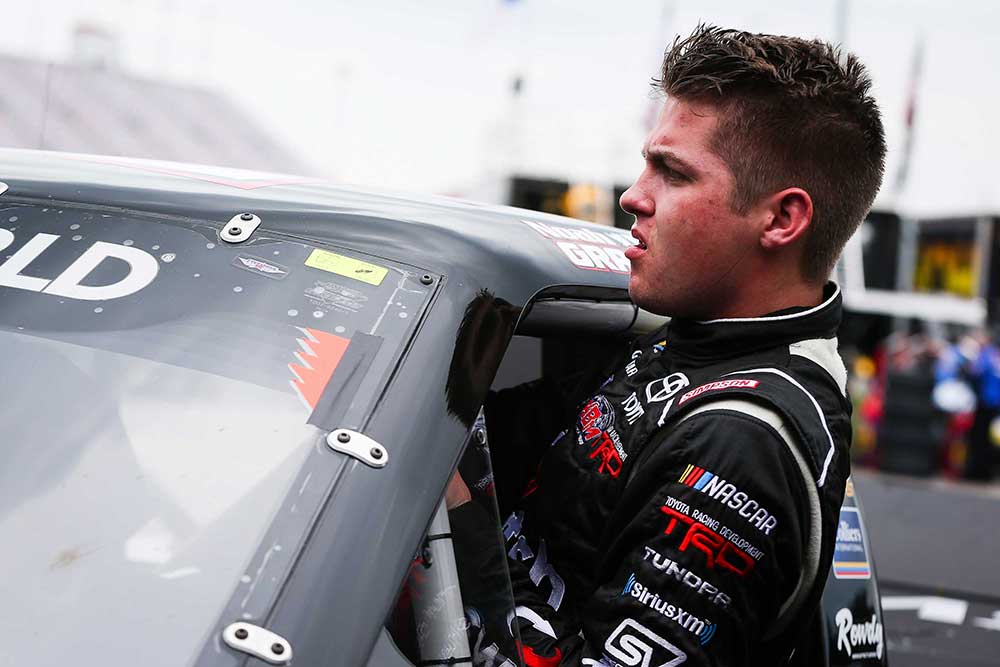 MOORESVILLE, N.C. (July 17, 2017) – When Noah Gragson was growing up, he likely played in the dirt with toy trucks. This week Gragson will get to play in the dirt with a big truck, his No. 18 Switch Tundra to be exact. Wednesday night the 19-year-old will experience his first race on dirt at the legendary Eldora Speedway in Rossburg, Ohio. Although Gragson has never raced on dirt before in any series, he has a couple drivers to lean on who have had their share of success finding the cushion.

Gragson’s Kyle Busch Motorsports (KBM) teammate, Christopher Bell, spent his young career racing open-wheel sprint cars and midgets on dirt before moving to pavement in the NASCAR Camping World Truck Series in 2015. Bell won the Eldora Dirt Derby that year, and most recently won at Eldora last Friday in a sprint car in the Knight Before the Kings Royal.

Gragson will also have an accomplished dirt modified driver, Kyle Strickler, with him at Eldora to help coach him through the ever-changing track conditions and racing lines. A two-time IMCA Super Nationals champion, Strickler the “High Side Tickler” recently led all 50 laps to claim a $50,000 payday at Farley Speedway in Iowa.

Gragson has made two trips to Friendship Speedway, a 4/10-mile dirt track in Elkin. N.C., with Strickler to learn the nuances of dirt racing and get the feel for it in one of Strickler’s modifieds. While it was definitely a valuable learning experience, driving his Switch Tundra will be very different. The trucks are considerably heavier than open-wheel cars, so the two hours of practice scheduled for Tuesday evening will be very important.

With six consecutive top-10 finishes under his belt Gragson has moved up to ninth in the driver point standings, only seven points out of eighth place which is the final spot to make the playoffs. Despite his lack of experience on dirt tracks, a solid finish will be important to keep the rookie in contention for one of the four remaining spots to make the playoffs in September.

What are your expectations for Eldora?

“I don’t really have any expectations for Eldora, I’m just hoping for a top-10 finish. I’m just trying to go there and have fun. It’s still going to be a points race, so I’ll definitely do the best I can, but it’s dirt which is not really my forte. It’s going to be a challenge, but I’m going to go and learn as much as possible and have some fun at the same time.”

What have you done to prepare for your first race on dirt?

“I’ve been watching a lot of film, trying to see where the line is. It’s not like asphalt racing where it’s going to be exactly the same. The track is always changing, which will be one of the biggest challenges for me. I’ve been testing a dirt modified with Kyle Strickler up at Friendship Speedway. I’ve done that twice, and so just trying to learn the dirt is the biggest thing.”

Have you received any advice from your KBM teammate Christopher Bell?

“I’ve talked to Christopher a little bit about driving style and what I need to do. He didn’t tell me any of his speed secrets for Eldora. Kyle Strickler has been a big help teaching me how to race on dirt. He’s one of the best dirt modified drivers and just won a $50,000 to win race, so he’s going to Eldora with us. I’m really going to lean on him and he’s going to help keep me focused and paying attention to how the dirt is changing and how the track is evolving.”

What will you consider a good result for Noah at Eldora?

“I’ve talked to Noah a lot about how this race is worth the same amount of points as all the others, so we need to come out of there with a solid finish. I think a top 10 would be our goal for right now. You have four or five really good dirt drivers there, so if we can finish behind those guys I think it would be a good night.”

As a crew chief, how can you help Noah adjust to racing on dirt?

“In my pre-race notes, I’ve tried to give him everything I’ve learned since our first truck race there in 2013. He’s also going to have to lean on Christopher (Bell) and Kyle Strickler who is coming with us to help coach Noah. Somebody like that can help him more than I can as far as the driving part.”

KBM-007: The No. 18 Switch team will race KBM-007, for Wednesday’s Eldora Dirt Derby at Eldora Speedway. This is the same Tundra Gragson raced at Martinsville Speedway earlier this season where he finished fourth. Christopher Bell finished second with this Tundra at Eldora last year.

Richmond has one top-10 finish in four starts as a NCWTS crew chief at Eldora. His team finished sixth last year with Cole Custer behind the wheel.