Gragson is Looking for a Win in the Irish Hills 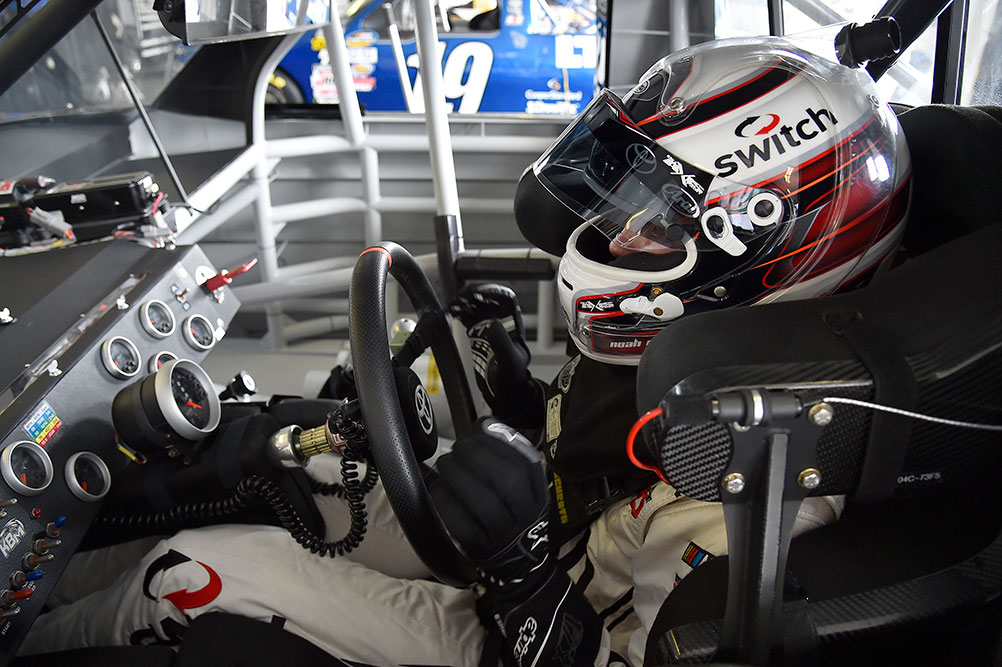 MOORESVILLE, N.C. (Aug. 8, 2017) – With only four races remaining in the regular season of the NASCAR Camping World Truck Series (NCWTS), Noah Gragson is still fighting for a spot in the eight-driver playoffs. Five drivers have already punched their tickets to the playoffs with wins this season, which leaves three spots left to fill. Gragson is not giving up on making it into the playoffs in his rookie campaign.

Gragson felt that Eldora Speedway in Ohio would be his wild-card race and was concerned about how he would fare in the points after his dirt debut. He exceeded his own expectations and posted a top-10 finish. He left Eldora only seven points out of eighth place, which is the cut-off to make the playoffs. Unfortunately, an accident the following week at Pocono (Pa.) Raceway set him back to 37 points out of eighth. Now his best shot is to win one of the next four races.

The 19-year-old has never even been to the state of Michigan, let alone Michigan International Speedway in Brooklyn, but that has not deterred him from keeping his eye on the prize – a trip to Victory Lane. Since the trucks do not race at Auto Club Speedway in California, the sister track to Michigan, this will be Gragson’s first race on a fast, two-mile oval. He has spent hours watching races from the last two years there, when his KBM teammate Christopher Bell nearly won last year and his owner Kyle Busch did win in 2015. Both Bell and Busch will be in the truck race this weekend battling for the win themselves.

Although Gragson has yet to win this year, the Switch Tundra he will be driving at Michigan is a proven winner. Busch led 90 laps en route to the win with this Tundra in its first outing at Charlotte (N.C.) Motor Speedway in May. He also raced it at Kentucky Speedway in Sparta last month where he finished sixth.

Gragson is hoping he’ll have the luck of the Irish Hills on his side this weekend at Michigan. Rather than a pot of gold, he wants to claim one of the final three spots in the NCWTS playoffs.

This will be your first start on a two-mile track. How will this differ from your previous experience?

“I’ve been talking to Marcus Richmond (crew chief) and it seems like a superspeedway since you are pretty much wide open all the way around Michigan. It’s all about drafting and working with your teammates and other Toyota teams to ultimately get out front. My goal is to work together with my teammates Christopher (Bell) and Kyle (Busch) to get out front and then we’ll duke it out for the lead at the end of the race.”

The accident in Pocono two weeks ago set you back in the points. How do you rebound with only four races to go before the playoffs begin?

“We just have to go win. That’s really the only thing you can do to have any hope of making it into the playoffs. I’m not really worried about the points now since we’ve only got four more races before the cutoff. If you win, you are in and that’s what we have to do at this point.”

Since you have never been to Michigan, what have you learned about it so far?

“I’ve watched the truck races from the past two years at Michigan to see what lines the fast trucks run. It’s a fast race since it’s only 100 laps, so you have to make every lap count. It’s a really wide track with opportunities to pass and different lines you can run. Handling will be important, as well as drafting. It looks like a lot of fun, so I’m ready to jump in my Switch Tundra for practice on Friday afternoon.”

What is the key to winning at Michigan?

“Running wide open is the key at Michigan. We need to have a solid truck in the draft. It would be great if our three KBM teams could run together to help each other out, but it’s so hard to plan for since we don’t know where we will come out of the pits, where we will qualify and you can’t hurt yourself to try to help your teammates.”

Is winning pretty much the only option to make it into the playoffs with four races remaining?

“We were pretty good on points after Eldora, but the accident in Pocono really set us back. That really put us behind, so winning is for sure our best option. We definitely have to win to get in now, but we’ve got some good tracks coming up for Noah in these final four regular-season races.”

KBM-045: The No. 18 Switch team will race KBM-045, for Saturday’s LTi Printing 200 at MIS. This is the same Tundra Kyle Busch won with at Charlotte Motor Speedway in May and finished sixth with at Kentucky Speedway in July.

Richmond has one top-five and five top-10 finishes in nine starts as a NCWTS crew chief at MIS. His team’s best finish was third with Ty Dillon in 2013.