Gragson Grabs a Top 10 in the Windy City 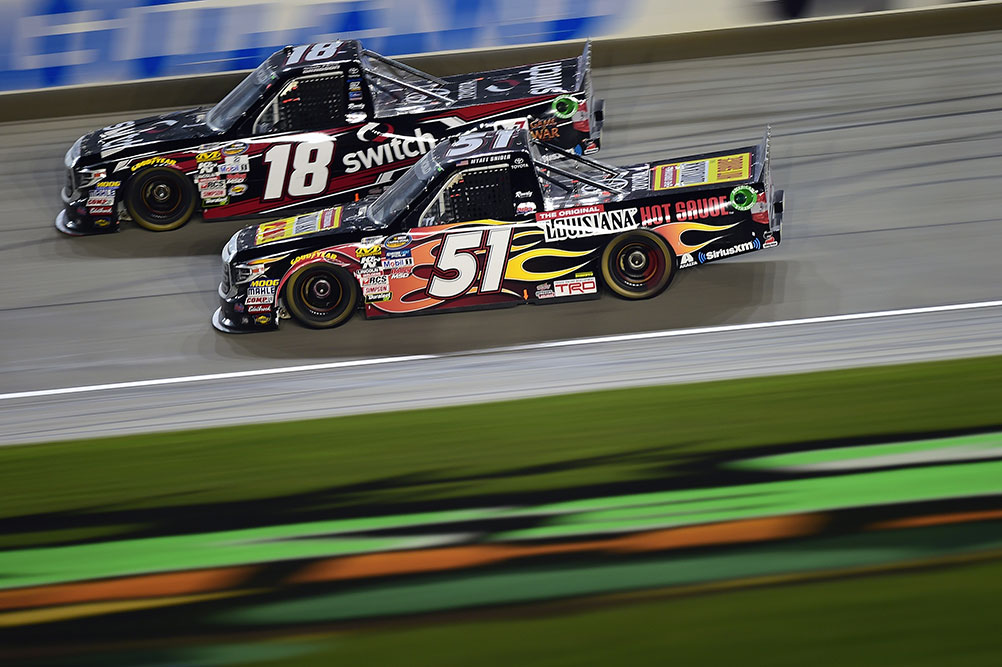 Noah Gragson came to Chicagoland Speedway in Joliet, Ill., needing to win in order to make the NASCAR playoffs in his rookie season. Although his night did not end with a trip to Victory Lane, he did come away with his 11th top-10 finish of the season as he crossed the finish line in eighth place.

“I’m disappointed with how we ran tonight. We made adjustments to the Switch Tundra throughout the entire race and got better, but never quite hit on the right thing to find more speed. I’m looking forward to some of the tracks we have coming up on the schedule. Just because we didn’t make the playoffs doesn’t mean we can’t still win races this season. I think New Hampshire will be a really good track for us next week and then we head back to my home track in Las Vegas. We put in a lot of effort tonight and very soon we’ll see the results.”

Christopher Bell, driver of the No. 4 Toyota, finished 3rd

Gragson is 11th in the Truck Series standings.

The Truck Series returns to action next weekend on Saturday, September 23 at New Hampshire Motor Speedway in Loudon. Live coverage of the race begins with the NCWTS Setup Show at 12:30 p.m. ET on Fox Sports 1.