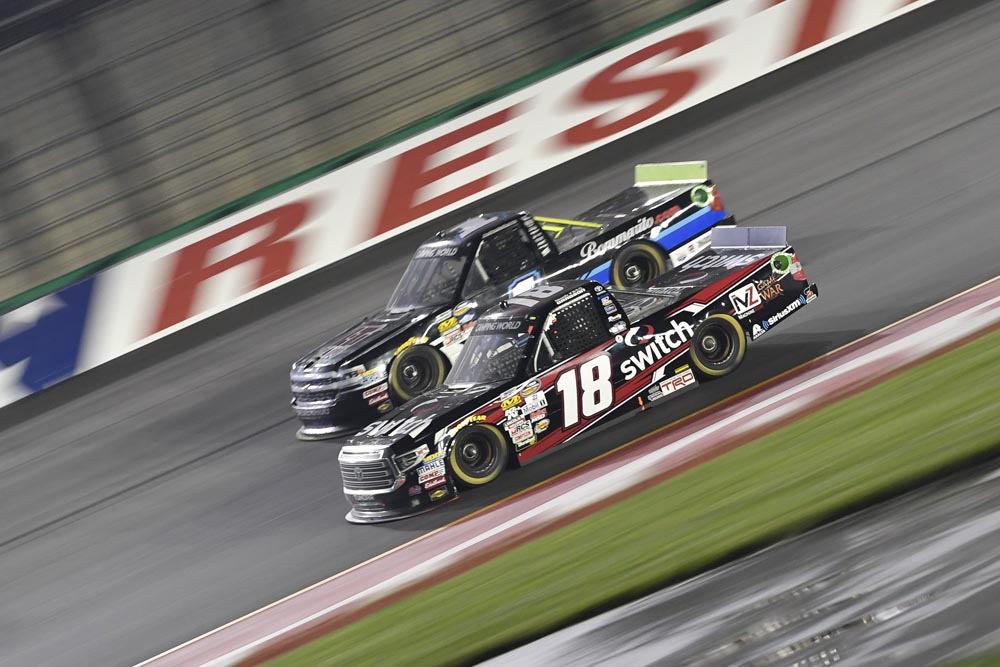 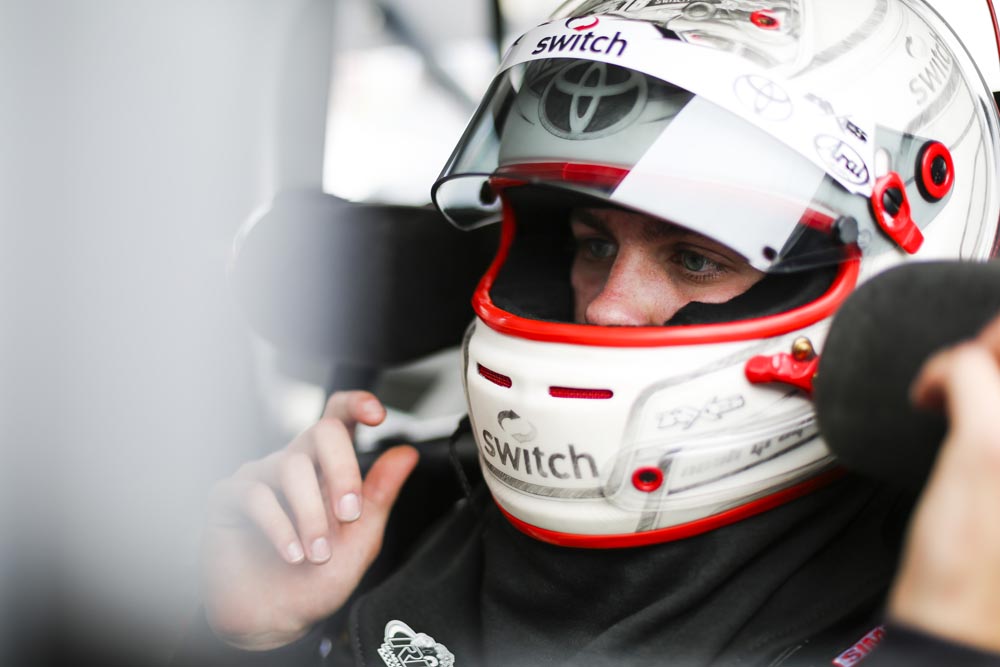 Noah Gragson started 11th based on owner points when qualifying was canceled due to rain. He moved up to win stage two, spun in stage three and recovered to finish fifth for his second top five of the season. 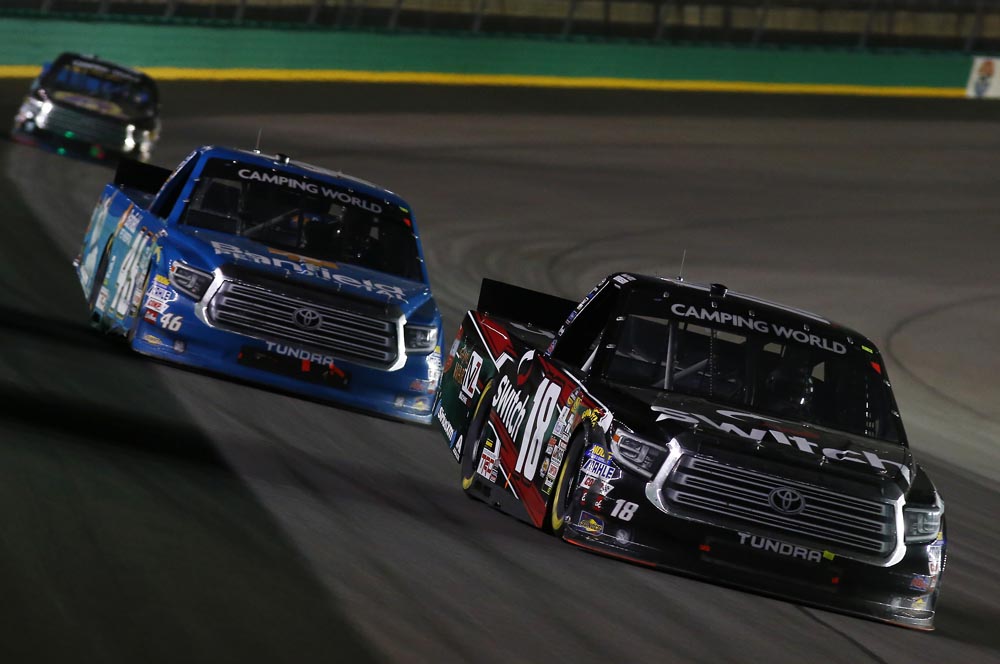 “We led some laps during the second stage and were in a really good position running seventh to start the third stage. I just made a rookie mistake down there running the apron. Not running this track before, I didn’t know there was a big bump there and I had a little bit of wheel into it down there in the front stretch and spun out. It was just a mistake by me and it cost us the race. I really think this Switch Tundra was capable of sitting in Victory Lane tonight. I’m pumped about coming back to finish in the top five. I made a mistake, but I’m going to learn from it and move forward.”

Kyle Busch, driver of the No. 46 Toyota, finished 6th

Myatt Snider, driver of the No. 51 Toyota, finished 16th

Gragson remains ninth in the Truck Series Championship Standings, but is now only seven points out of eighth, the final playoff position.

After a weekend off, the Truck Series returns to action on the dirt Wednesday, July 19 at Eldora Speedway. Live coverage of the Eldora Dirt Derby begins with the NCWTS Setup Show at 9 p.m. ET on Fox Sports 1.