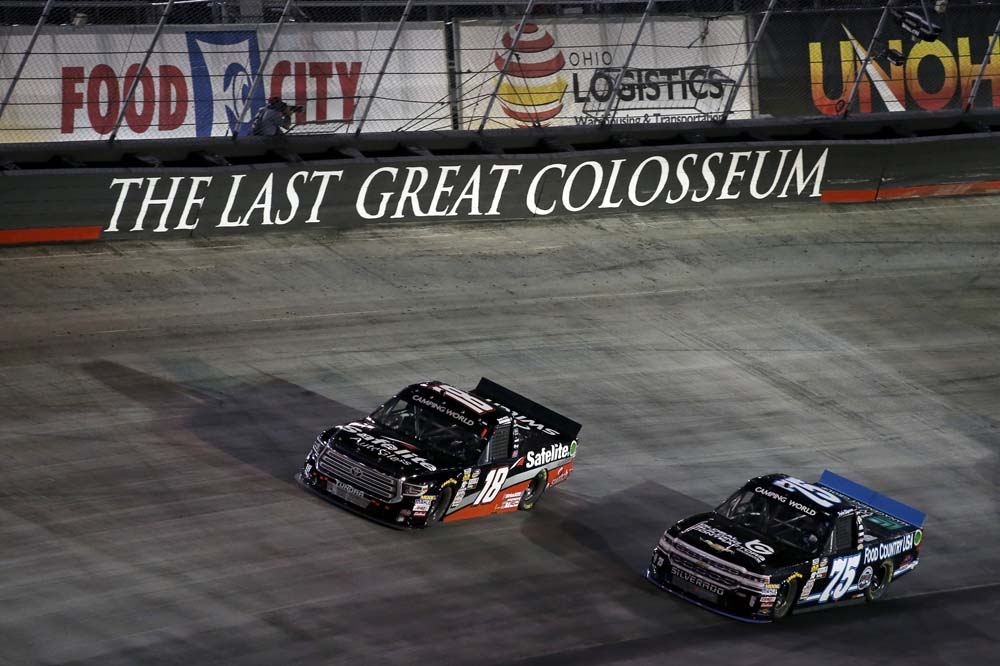 With his ninth-place finish in the UNOH 200 at Bristol (Tenn.) Motor Speedway, Noah Gragson finished second in the NASCAR Camping World Truck Series and earned 10 playoff points. Gragson started from the seventh position and put his Safelite AutoGlass Tundra out front for seven laps en route to his 10th consecutive top-10 finish this season.

When the Truck Series Playoffs begin next Sunday at Canadian Tire Motorsport Park in Bowmanville, Ontario, the Las Vegas native will be the third seed behind Johnny Sauter and Brett Moffitt. In addition to the 10 playoff points Gragson earned for finishing second in the regular season standings, he earned 12 additional playoff points throughout the season with seven stage wins and his victory at Kansas Speedway in Kansas City. He begins the Truck Series Playoffs 13 points about the cutoff line for advancing from the Round of 8 to the Round of 6. 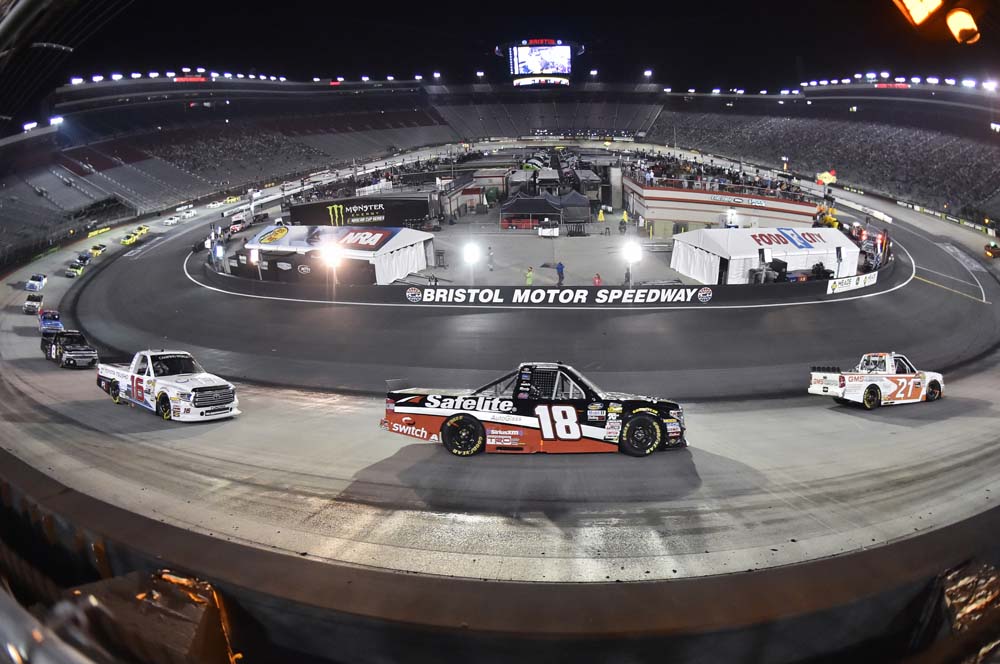 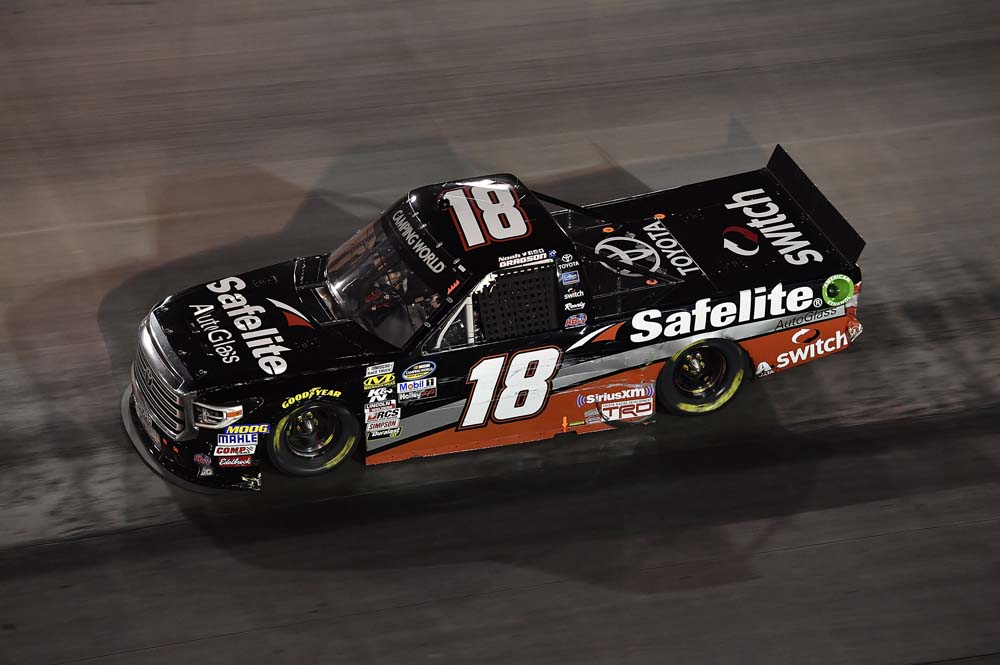 Just need to get better here at Bristol. We’re good at every other place – it’s just the confidence for this place isn’t quite there. Used tonight kind of as a test session and we got up in the top-10. It is what it is. Ready to move on to the playoffs. Got a good seed for the playoffs in our Safelite Toyota Tundra. We’re fortunate to be out here racing in the NASCAR Truck Series. It’s definitely a privilege. Just going to learn and hopefully use this knowledge for next year and just keep on working hard.”

What tracks do you think you’ll excel at in the playoffs?

“I feel like we’ll be good at the road course, Canada. I feel really confident about the selection of tracks within the playoffs. You have the road course, which I feel really confident about – finished second there last year – Talladega, that’s kind of a wild card. We ran that Xfinity race with Joe Gibbs Racing earlier in the year at Talladega, so that kind of helped my confidence going into that one. We got Vegas, that’s my hometown, so that’s a really good one and then the three after that – Martinsville, Texas, Phoenix – I’m really pumped up. We sat on the pole at Texas, almost won last year and Phoenix and won last year at Martinsville. Just got to keep on working hard to get to Homestead and really excited for the tracks coming up.” 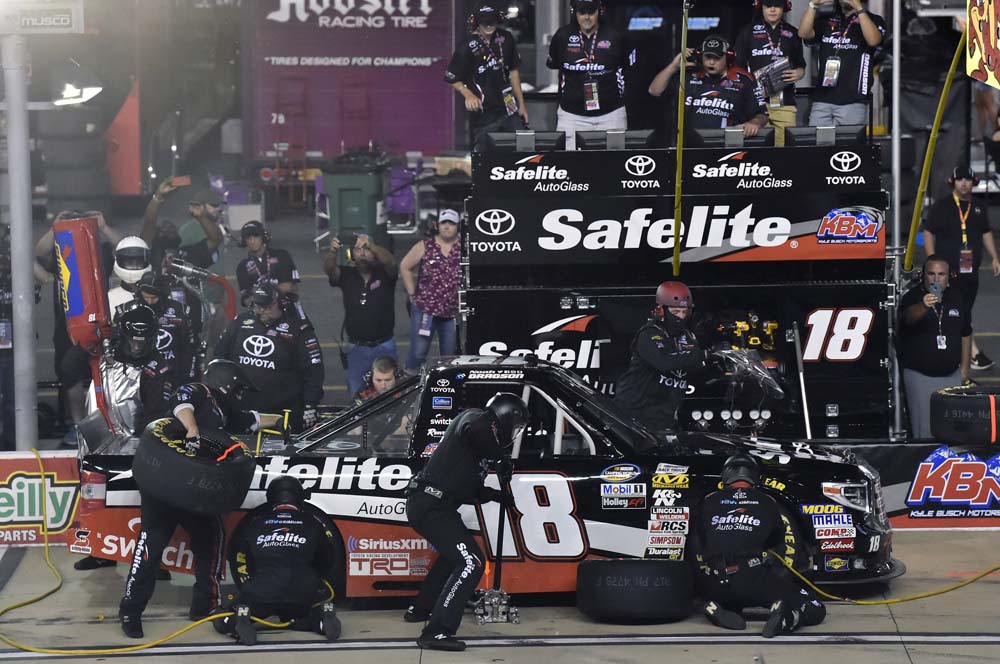 Gragson will be back behind the wheel of the No. 18 Safelite AutoGlass Tundra when the Truck Series resumes action Aug. 26 at Canadian Tire Motorsport Park. Live coverage of the race begins Sunday at 2:30 p.m. on FS1.