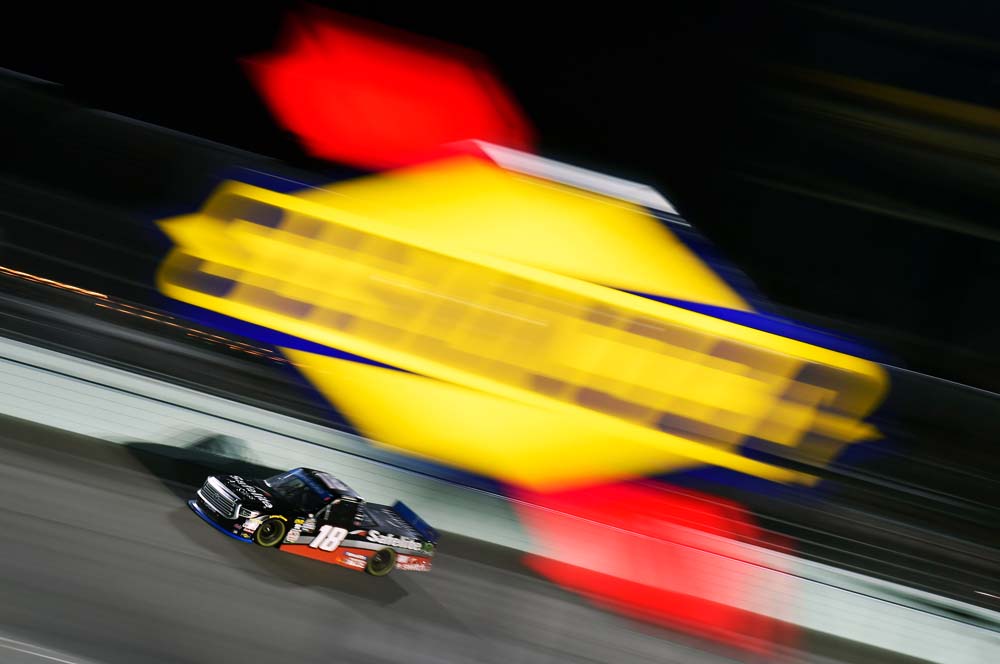 Noah Gragson capped off a solid sophomore season by finishing second to Brett Moffitt in the NASCAR Camping World Truck Series championship standings. Gragson put his Safelite AutoGlass Tundra at the front of the pack from laps 67 to 98 of the 134-lap event, but communicated to his crew that he felt like a tire was going down and had to hit pit road three laps ahead of schedule for his final green-flag stop.

When stops cycled through, the Las Vegas native found himself in the third position over three seconds behind Moffitt with 20 laps remaining. As the race went caution free to the finish, Gragson would have to settle for a third-place finish in the race and second-place finish in the championship standings. 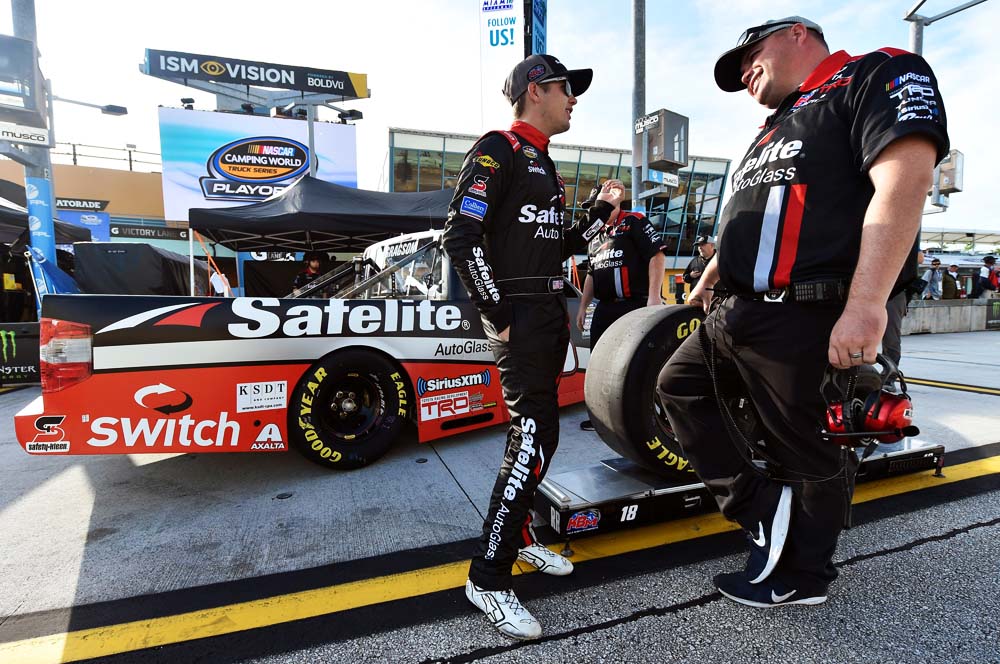 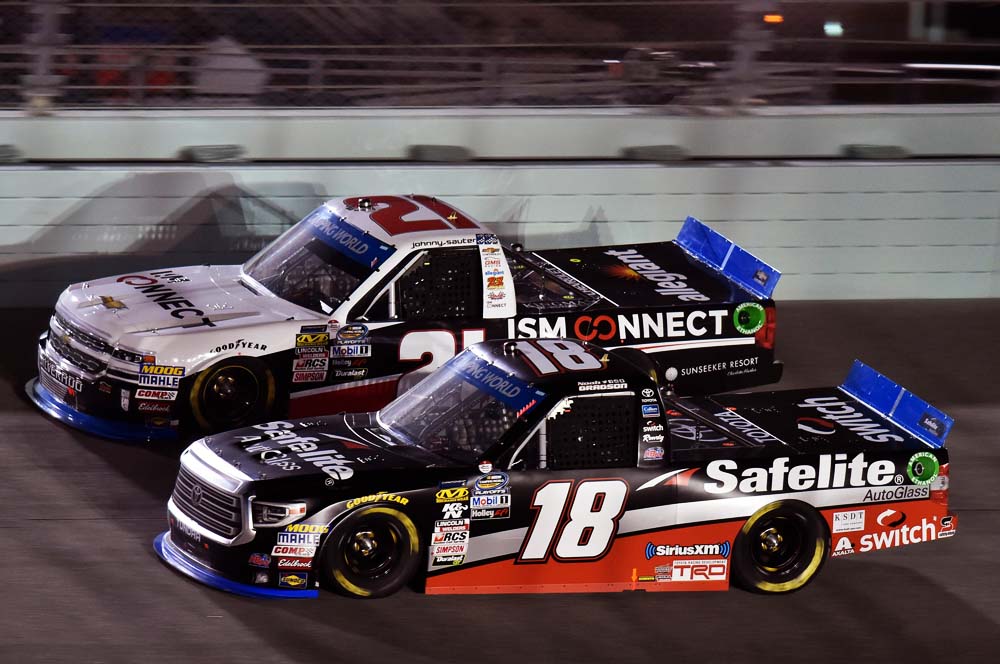 What made the difference at the end?

“We were just tight there. We needed to make better adjustments on pit road. That’s where it comes down to me. I need to do a better job. On the bright side, racing for a championship, I never would have dreamed of that when I started racing six years ago that I’d be in this position with Kyle Busch Motorsports and Safelite AutoGlass, Toyota, Switch, everybody who helps me. It’s my last truck race with Kyle Busch Motorsports. Man, I wanted to go out on top, but it just wasn’t meant to be. I just can’t thank everybody who has helped me get to this point – Dustin Ash, everybody at Dustin Ash Motorsports back in Las Vegas. Thank you guys and Jeff Jefferson and Jerry Pitts. It’s just a bummer, but hey, no bad days, right? We’re going to move on to the next year in the Xfinity Series. I’m pumped up about that, but this one is going to hurt for a while. Just very thankful.”

What did you need there at the end?

“I was just way too tight there at the end. We fired off pretty good and then it was just a battle between having the back out of the race track and then not being able to turn. Devastated for my guys. They worked really hard. This one would have been for them. I give all of my credit to Rudy Fugle (crew chief), Kyle Busch Motorsports and everybody else who helps me out at Kyle Busch Motorsports. It’s just unfortunate, but on the bright side, I learned a hell of a lot tonight. Raced basically against a Cup rookie of the year for the championship, so that’s pretty cool to say. Just very thankful for the opportunity.” 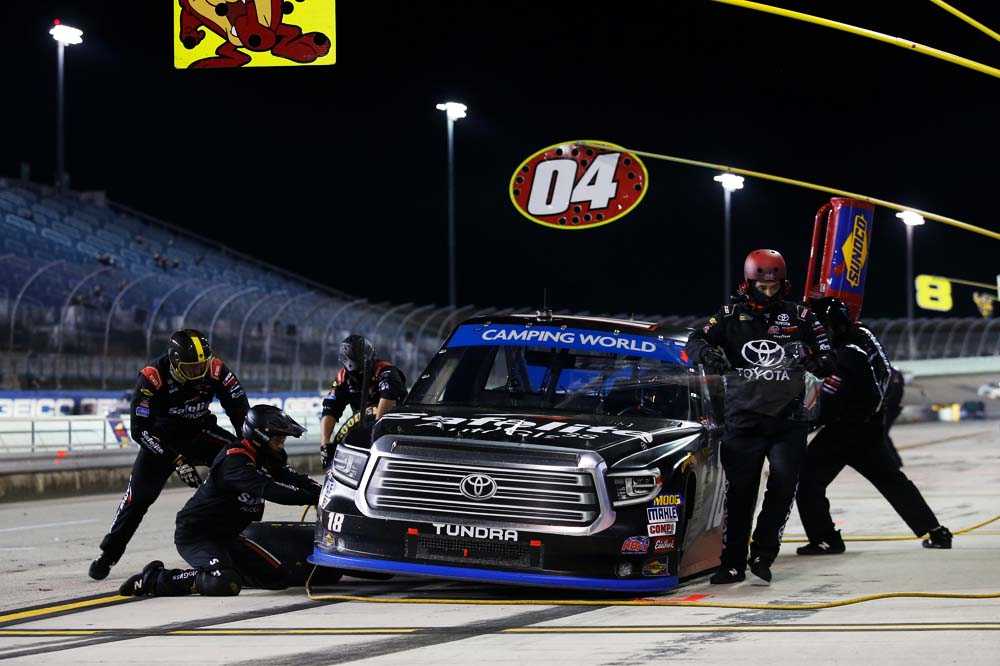 Harrison Burton will make his first start behind the wheel of the No. 18 Safelite AutoGlass Tundra when the NASCAR Gander Outdoors Series opens the 2019 season Feb. 15 at Daytona (Fla.) International Speedway.