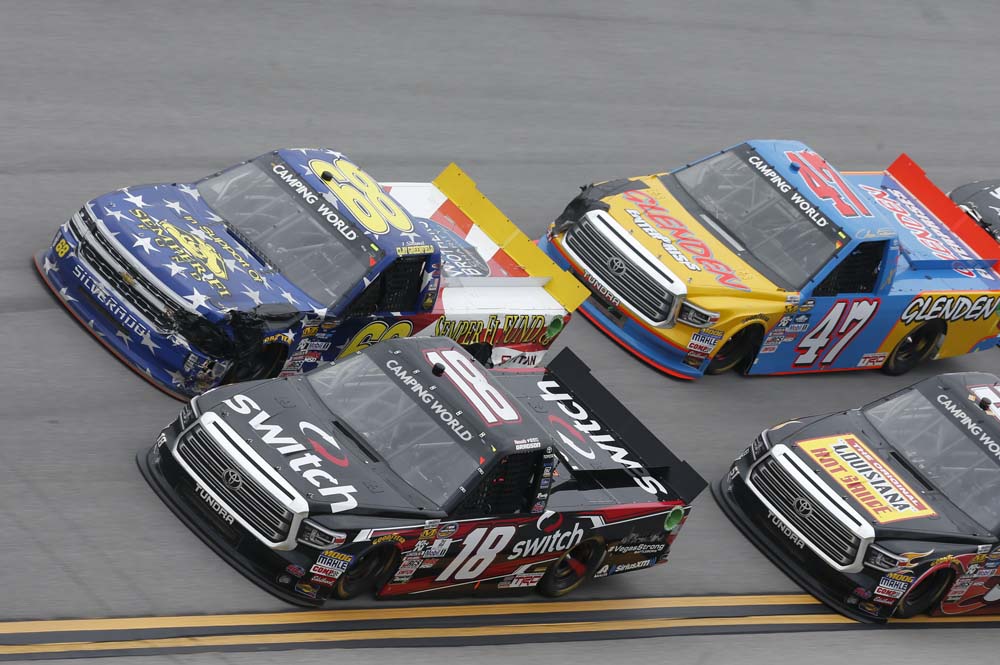 Noah Gragson made his first NASCAR Camping World Truck Series (NCWTS) start at Talladega Superspeedway Saturday in the Fred’s 250. Despite feeling a bit under the weather throughout the weekend, Gragson persevered through the entire race and was in contention for the win in the closing laps. He was in the top five coming to the white flag when he was pinched into the middle lane and spun by another driver. He was still able to finish the race in 14th place. 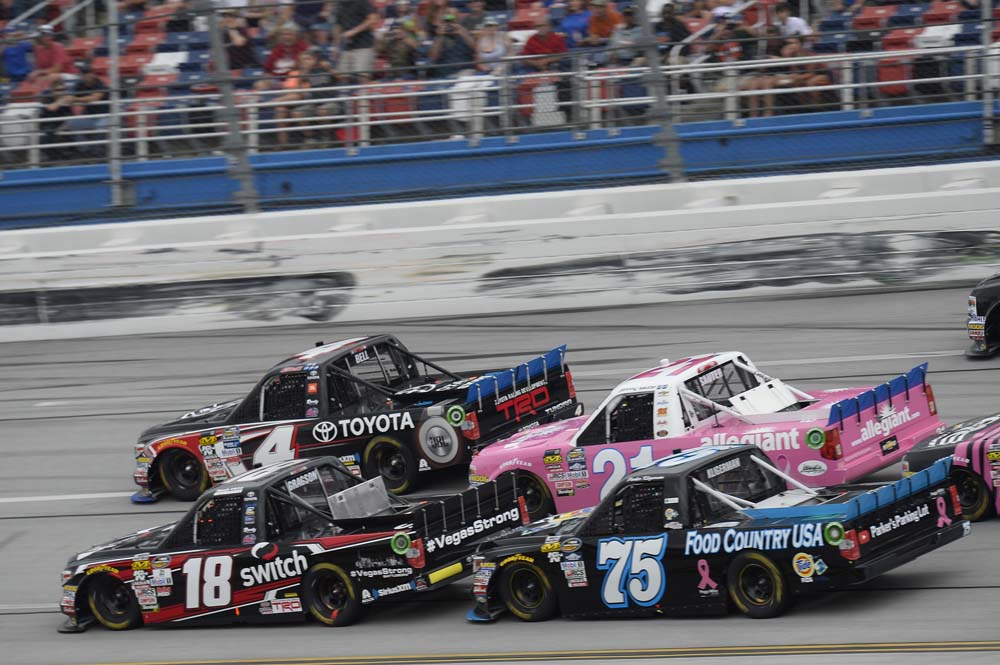 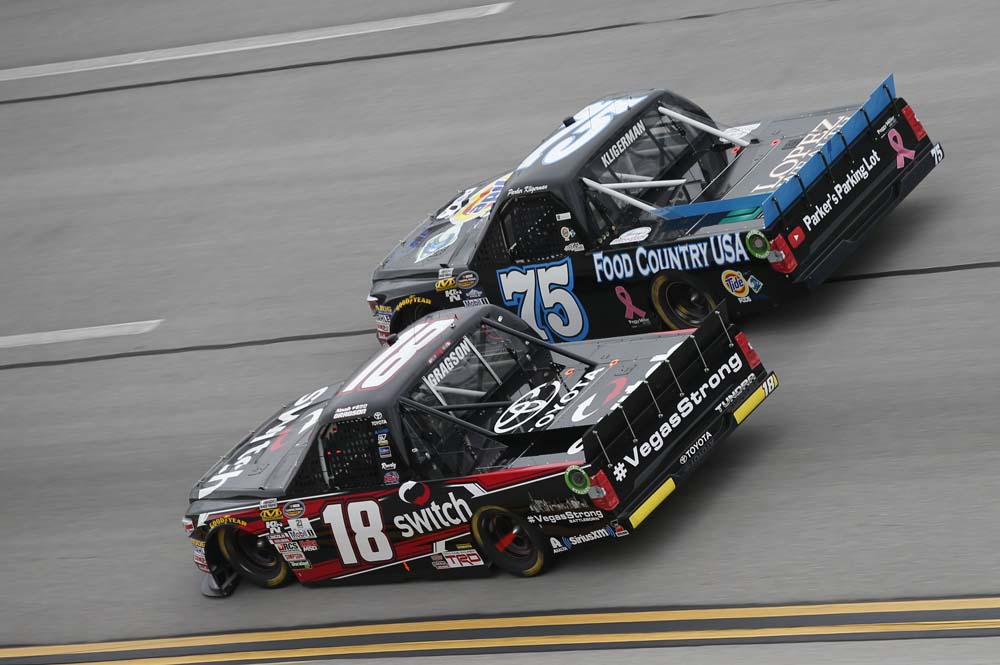 “Our Switch Tundra was really good today. I have to thank all my guys at KBM since we had a lot of speed. I learned a lot today and it was exciting to get out there and mix it up a little bit, being that I hadn’t done much superspeedway racing before. I’m really proud of our effort. We had some trouble at the end, but we had a shot at the win and that’s all you can ask for with a couple laps to go.”

After a weekend off, the Truck Series returns to action Saturday, October 28 at Martinsville Speedway. Live coverage of the race begins with the NCWTS Setup Show at 12:30 p.m. ET on FOX Sports 1.