Gragson Earns His Third Top 10 of the Season at Dover 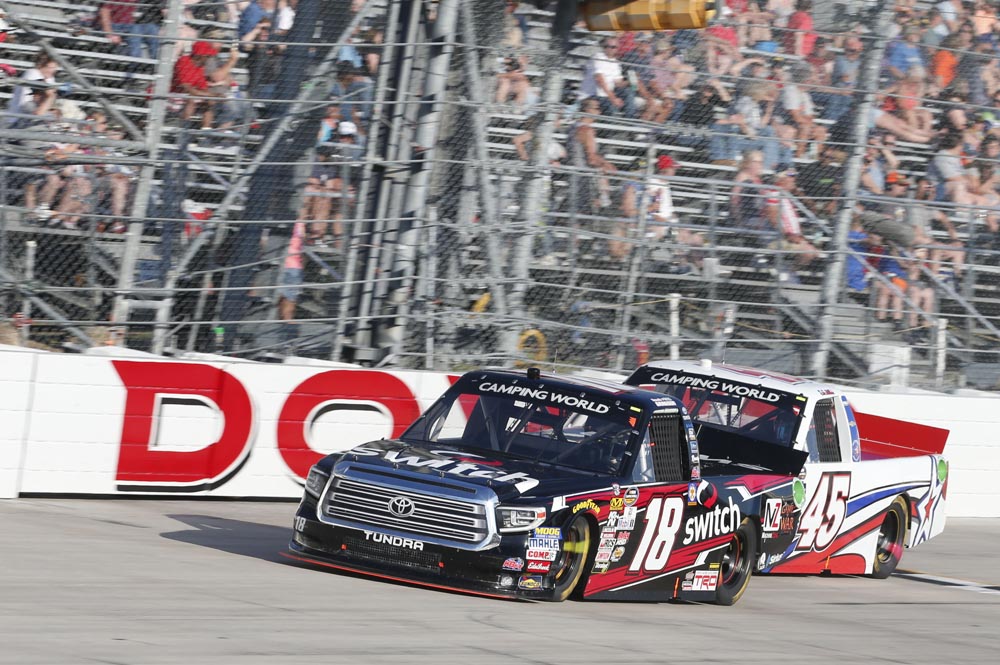 Noah Gragson had a fast Switch Tundra at Dover International Speedway in practice and in the race. Despite losing a lap following a green-flag pit stop, he was still fast enough to maintain the lucky dog position. The caution he needed to return to the lead lap never came in the final 25 laps, but he still finished ninth, his third top-10 finish of the season. 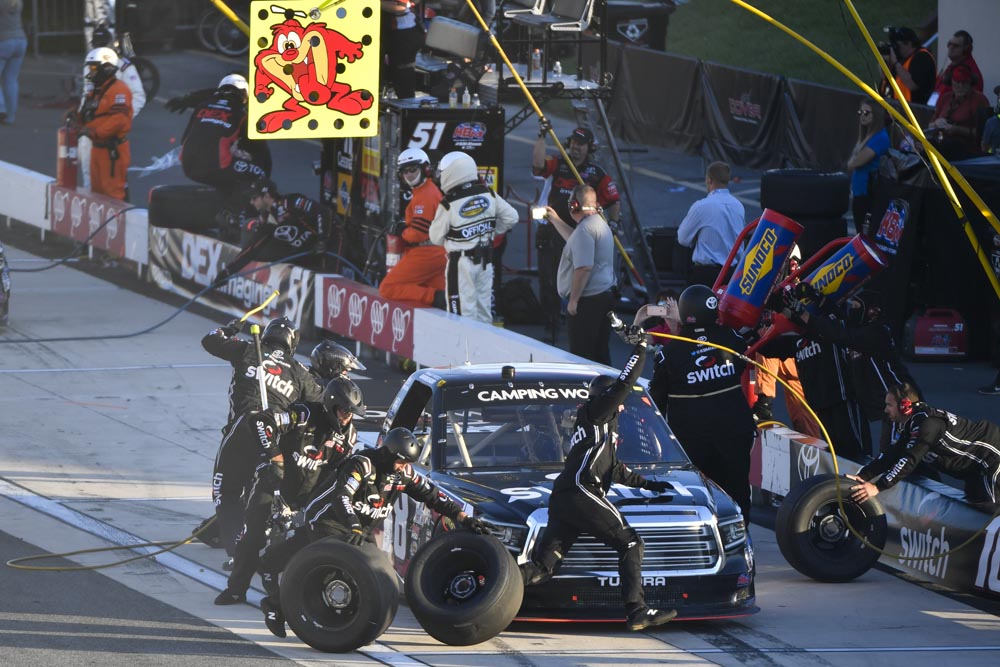 “Man, that was awesome. We came home ninth, but we were a lap down just the way the pit strategy fell. I’m not really worried about where we finished. That was just such a solid effort by our No. 18 Switch Toyota Tundra team. We got into a little slide there early on in the race with the 66 (Ross Chastain) three wide and we just came back and rebounded and kept on fighting the whole day and really that’s all thanks to my guys for never quitting on me. I had so much fun out there. We had a really fast Toyota Tundra and that’s just thanks to all my team at Kyle Busch Motorsports.”

Christopher Bell, driver of the No. 4 Toyota, finished 25th

Todd Gilliland, driver of the No. 46 Toyota, finished 20th

Harrison Burton, driver of the No. 51 Toyota, finished 13th

Gragson moved up three positions to 10th in the Truck Series Championship Standings, 30 points out of eighth, the final playoff position.

The Truck Series returns to action on Friday, June 9 at Texas Motor Speedway. Live coverage of the WinstarOnlineGaming.com 400 begins with the NCWTS Setup Show at 7:30 p.m. ET on Fox Sports 1.