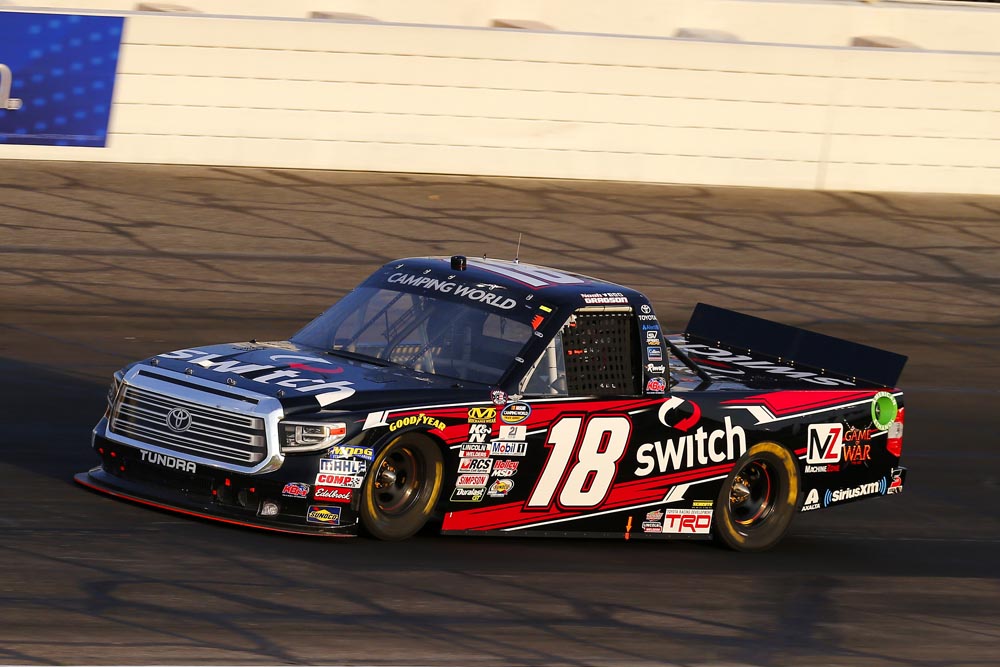 Noah Gragson overcame having to start in the back of the field to battle back for his fourth-consecutive top-10 finish and fifth of the season. 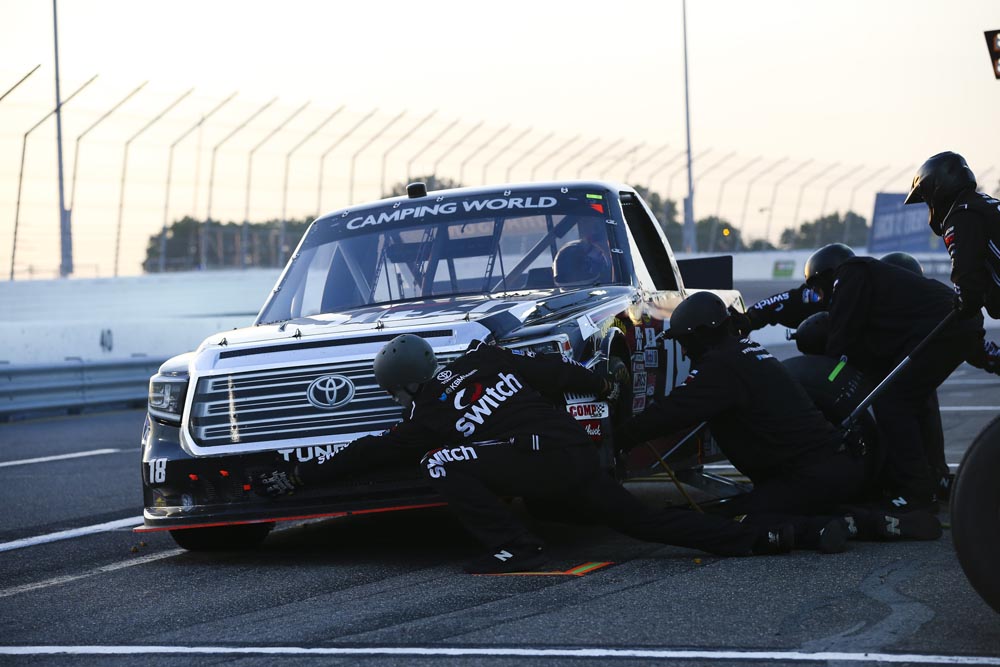 Stage One Recap:
• Despite qualifying seventh, Gragson was forced to start in the back of the field after the Switch team did repair work to the left-rear of the Tundra, which had been hit on pit road during qualifying. He was up to 14th by the end of the first 35-lap segment, although his truck was too tight in turns three and four. He pitted for four tires and a chassis adjustment on lap 39 and returned to the race in 14th.

Stage Two Recap:
• Just like the first segment, the second 35-lap segment had no cautions other than the one ending the segment. Gragson said the Switch Tundra was better, but still tight off the corners. He was 12th when the segment ended and moved up to eighth after a two-tire pit stop.

Stage Three Recap:
• Without a caution in the final segment, the field began to cycle through green-flag pit stops with 33 laps to go. Gragson was 10th before and after his two-tire stop. The first and only unplanned caution came with 11 laps to go. He was seventh for the restart with nine laps remaining and moved up to fifth. In the final laps, he was shuffled back to 10th, but gained a spot in the closing laps to finish ninth. 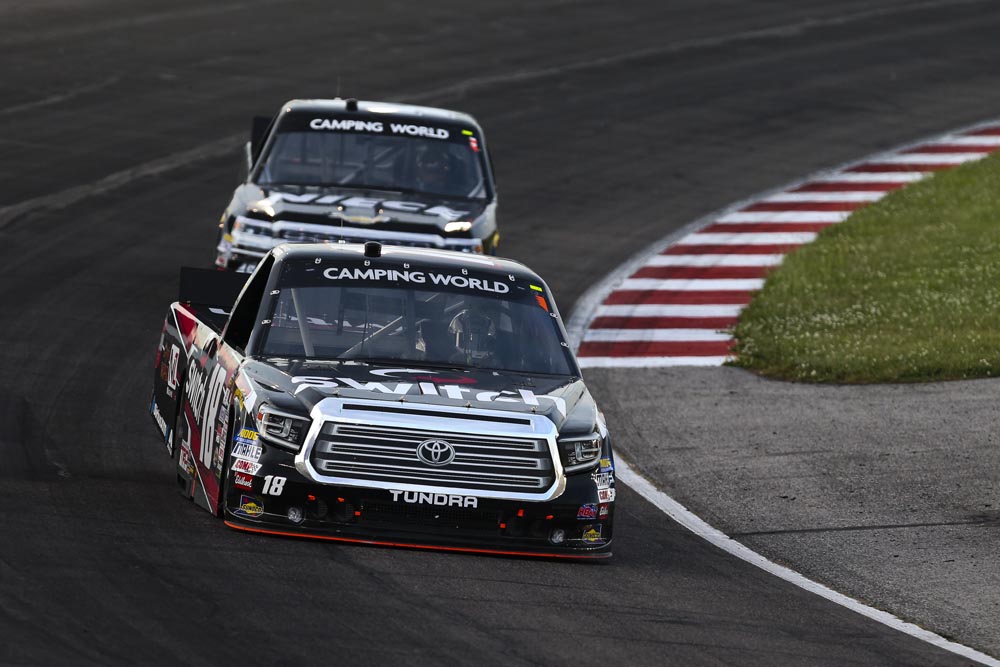 “Our Switch Toyota Tundra was really good tonight. We fought hard and it was tough starting in the back which put us a little bit behind on track position. We had a really good run. I’m proud of our KBM guys and proud of our effort. I’ve still got some learning to do and I’ll just keep chipping away to get better each week. We capitalized there at the end with the late caution and continued our streak of top-10 finishes. We’ll take that to Iowa next week and get better.”

The Truck Series returns to action on Friday, June 23 at Iowa Speedway. Live coverage of the M&M’s 200 begins with the NCWTS Setup Show at 8 p.m. ET on Fox Sports 1.