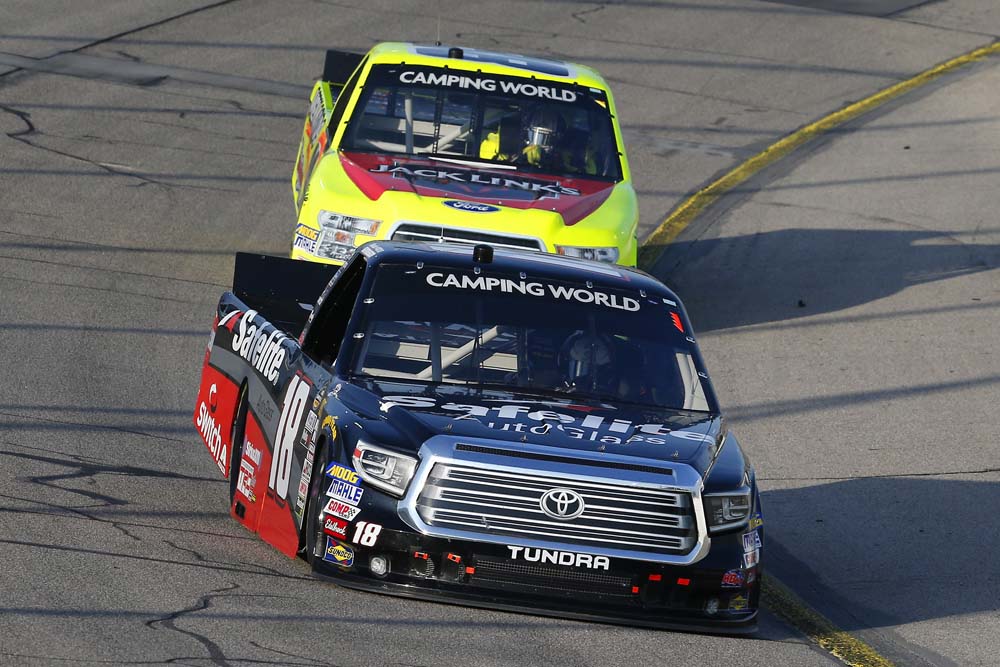 Noah Gragson found himself in the runner-up position, a half second behind Brett Moffit, with 20 laps remaining in Saturday’s M&M’s 200 at Iowa Speedway. In the closing laps, Gragson slowly reeled in Moffitt but was unable to work his way around the eventual race winner. After Moffit took the white flag Gragson followed him down the backstretch and then as the two entered Turn 3, made what he called a “video game” move diving to the bottom of Moffit through the middle of the corner and clearing him off the exit of Turn 4. Unfortunately, the Las Vegas native’s momentum would carry him into the outside wall and Moffitt was able to work his way back around the Safelite Tundra before they crossed the start-finish line to collect the victory. Gragson ended up crossing the stripe 0.33 seconds behind in the runner-up position, just in front of his Kyle Busch Motorsports’ (KBM) teammate Harrison Burton, who finished third. 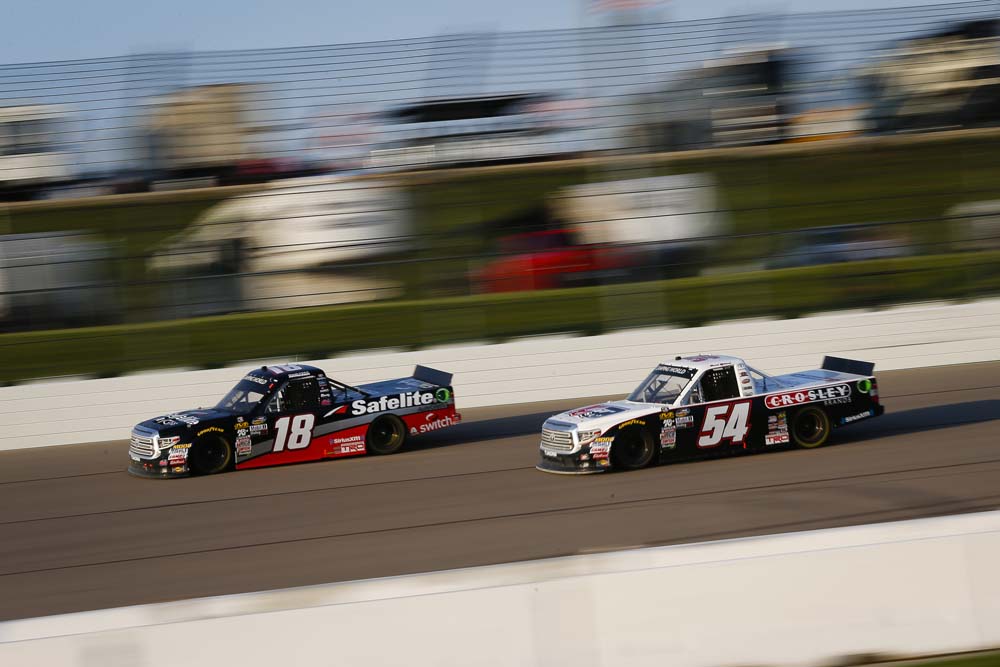 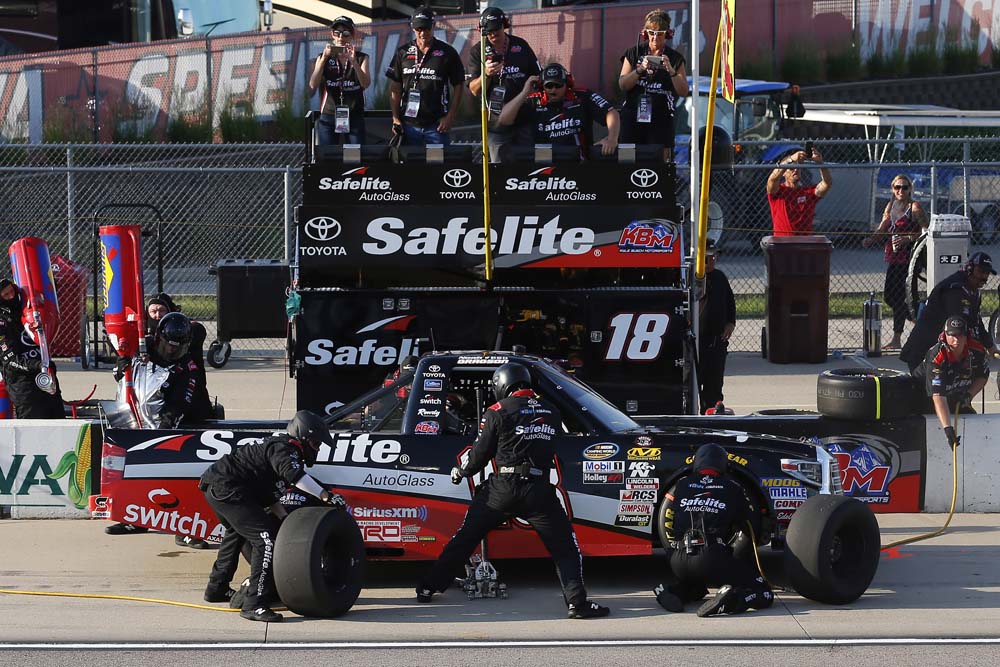 Can you walk us through the last lap trying to make the pass for the win?

“We were so close to getting the win there. Just so much fun racing at this track. I drove in there, I knew I had him so I tried to do a video game like I play with my buddies – and I just overshot a little bit, committed to the gas and I hit the fence. Sorry to my guys at Kyle Busch Motorsports who build really fast Toyota Tundras. I want to say congrats to Brett Moffitt. I appreciate him running me clean. This track, Iowa Speedway, is the best race track on the circuit. I wish we could come here two, three, maybe five times a year. I don’t know. I’m okay with finishing second. We put up a fight. From where we were when we started the race to where we are now I’m really pumped up. So much fun. Thanks to Safelite AutoGlass, Toyota, TRD (Toyota Racing Development), Kyle and Samantha Busch, Rowdy Chassis. It’s a group effort and really good pit stops all day. Video game like style racing here, that’s what Iowa puts off and it was so much fun. I have a smile on my face and normally I’m not very happy when I finish second, but I finished second and got a smile on my face so it can’t be that bad.” 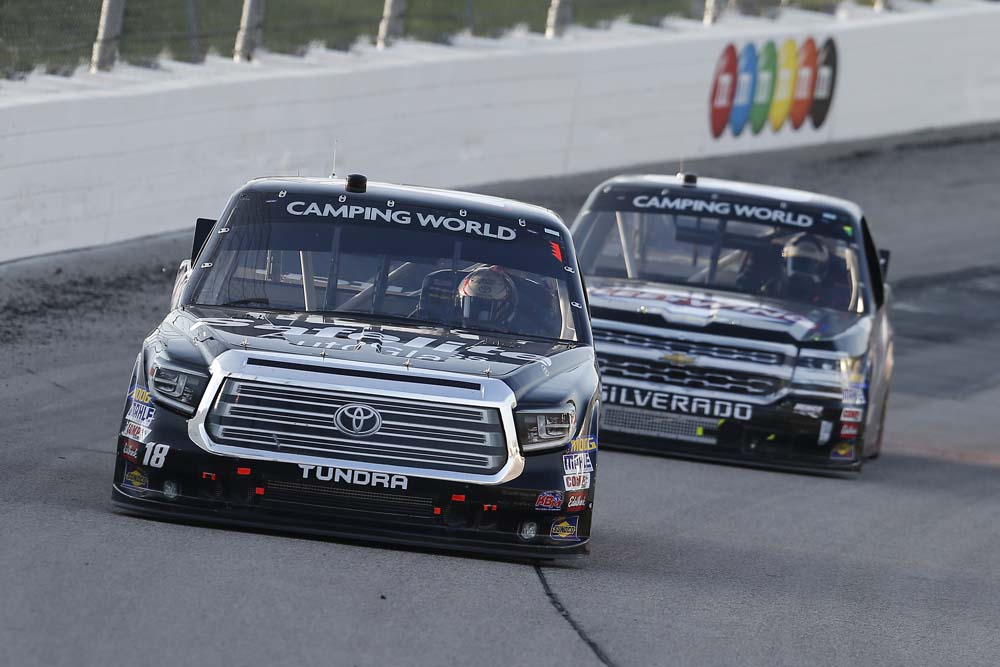 Gragson will be back behind the wheel of the No. 18 Safelite AutoGlass Tundra when the Truck Series resumes action June 23 at Gateway Motorsports Park in Madison, Ill. Live coverage of the Eaton 200 begins Saturday at 8:30 p.m. ET on FS1.