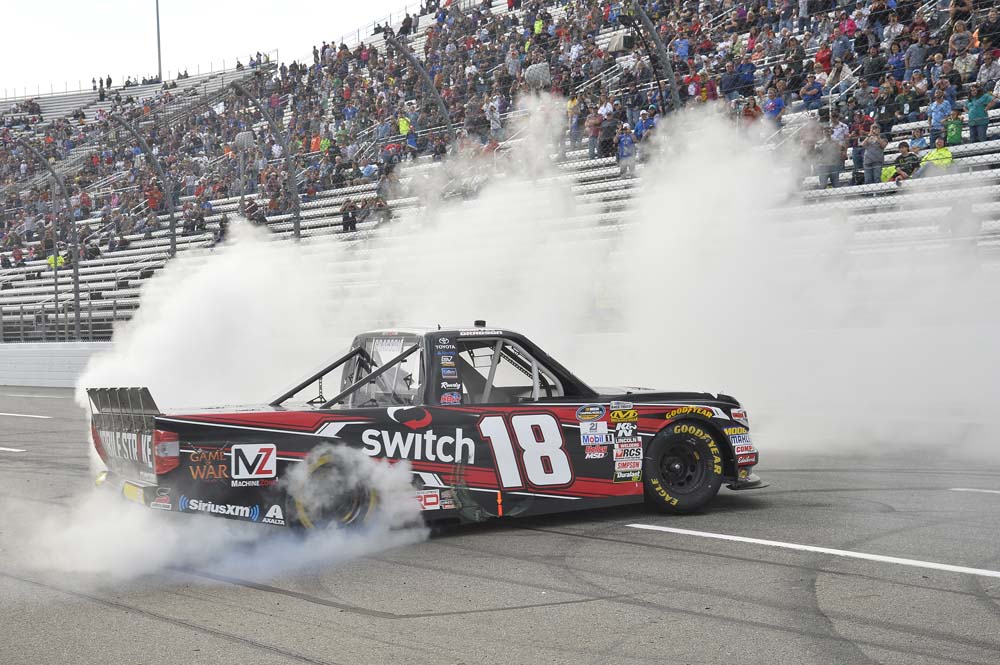 Noah Gragson added his name to the list of NASCAR winners on Saturday when he claimed his first career NASCAR Camping World Truck Series victory at Martinsville (Va.) Speedway. After getting his first top-five finish at the half-mile track in the spring, he came back to seal the deal with a win this time around. He led the final 10 laps of the race in commanding fashion to take the checkered flag. 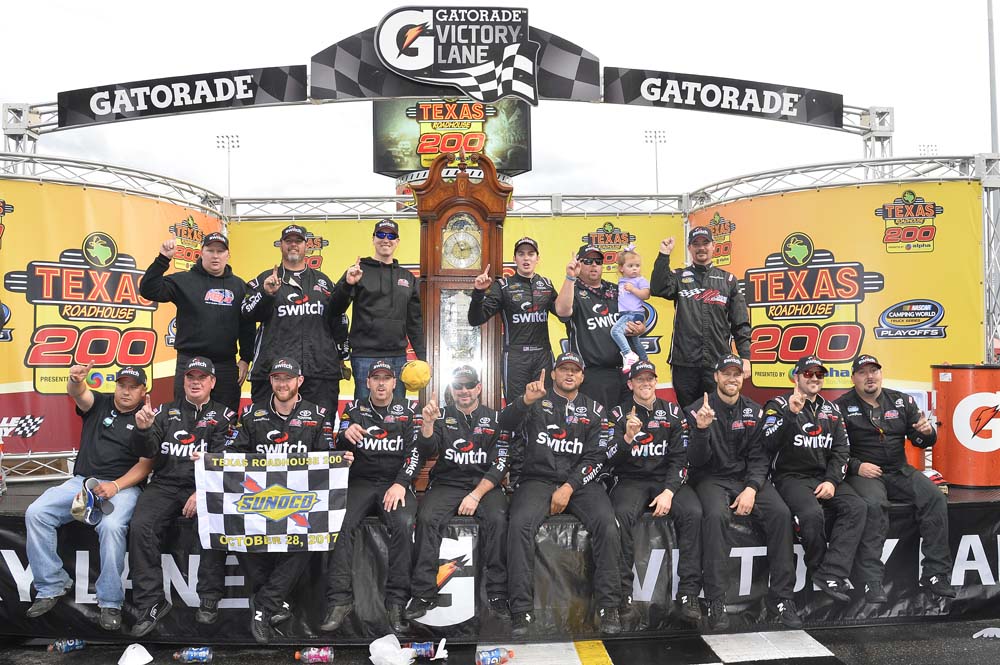 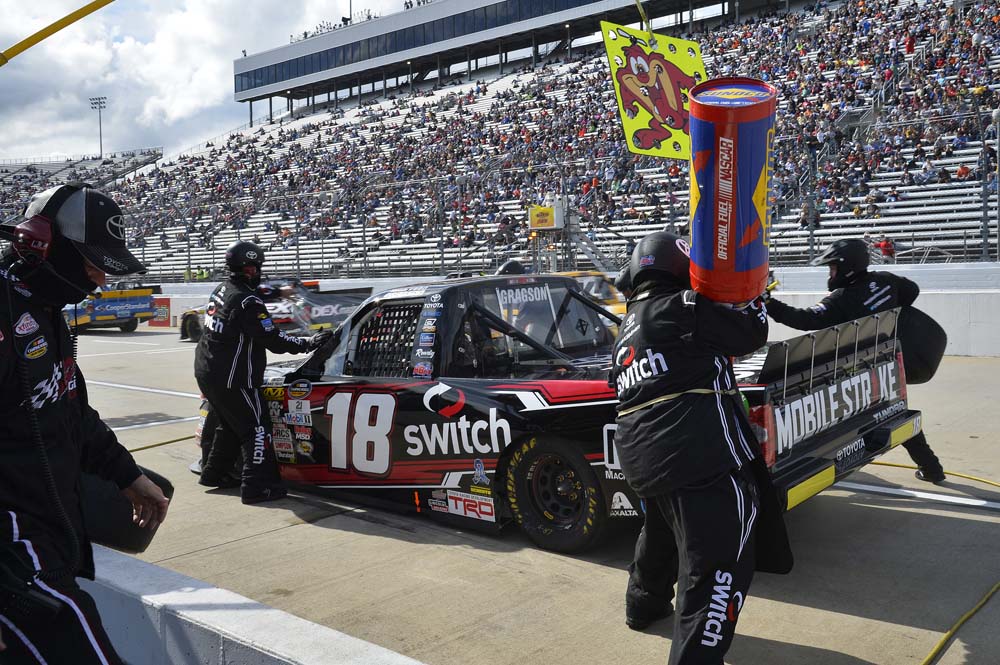 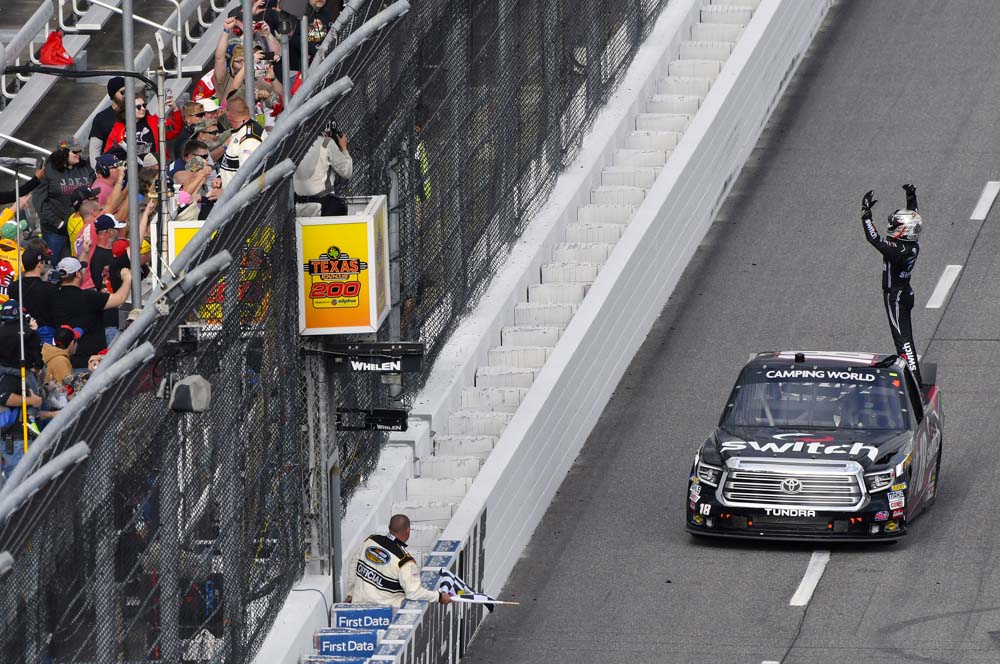 Talk about your first win in the Truck Series?

“All the hard work finally paid off. I’ve had the monkey on my back this whole year. I’ve been asked pretty much every day when are you going to get that win? When are we going to put up a banner at Kyle Busch Motorsports? I’m just thankful for everyone who has brought me up through the ranks racing. I’m so very thankful. Thank you to Switch, Mobile Strike, TRD, Kyle and Samantha Busch, everyone at NASCAR, Texas Roadhouse. We’re going to get a banner up at KBM. We’re taking home the granddaddy watch, or whatever they call it. My crew chief, he likes to call it the granddaddy watch or the granddaddy clock, so we’re taking it home. Thank you, Marcus Richmond, thank you to all these guys on this team. This is huge.

“It’s really tough racing against these veterans. Those last 40 laps with Johnny Sauter being off my back bumper, he did that earlier to us in the spring and I wasn’t going to let him pass me again like that. We got that caution there at the end and you can’t pass on the outside in Martinsville and I did it.”

Next weekend the Truck Series returns to action Friday, Nov. 3 at Texas Motor Speedway. Live coverage of the race begins with the NCWTS Setup Show at 7:30 p.m. ET on FOX Sports 1.