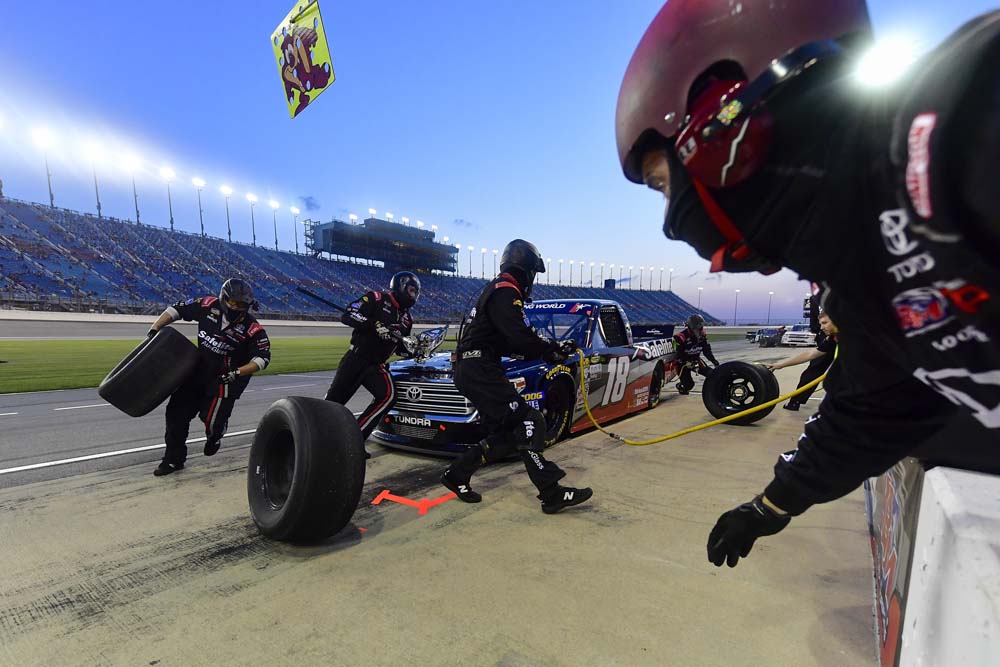 Noah Gragson captured the pole for Friday night’s Overton’s 225 at Chicagoland Speedway, led 42 of the first 70 laps, won Stage Two and ended the night with a fourth-place finish. Gragson’s fifth top-five finish of the season allowed the 19-year-old driver to maintain second place in the NASCAR Camping World Truck Series standings with five races remaining before the start of the playoffs. 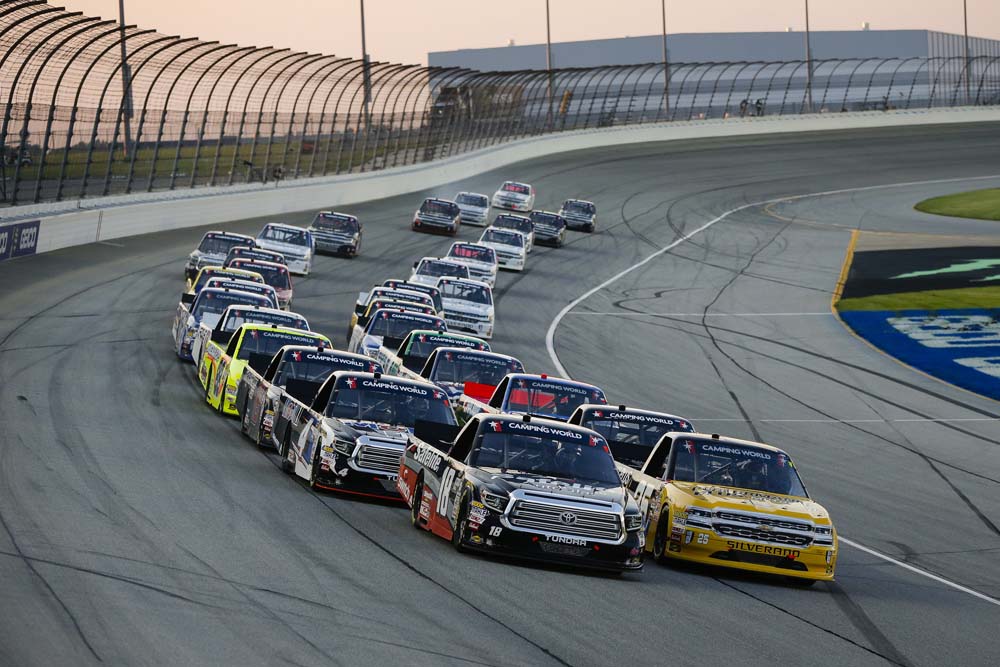 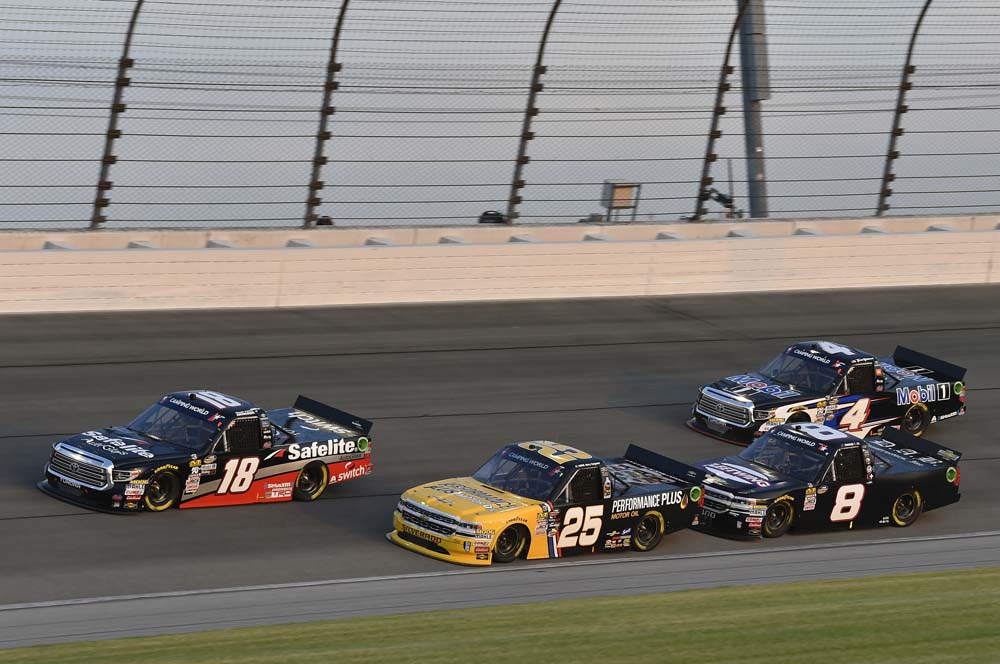 You were fast at times tonight. What happened to your Safelite AutoGlass Tundra in the Final Stage?

“I thought we were pretty good with my Safelite AutoGlass Toyota Tundra at the beginning when the sunlight was out. Just needed more grip all the way around — just sliding the whole entire night once the sun went down. Couple of those other guys were a little bit better and I just couldn’t stay with them in the draft. I’m the quarterback of this team, I take the blame. I have to work harder on my part and get this team where we need to be — winning races. Just thankful for the opportunity. I’ve got a really good team — Kyle Busch Motorsports, Rudy (Fugle, crew chief) — they are the best out there. I’m going to do whatever it takes to go to Kentucky and go kick their ass. Very thankful for Safelite AutoGlass and all the fans for coming out and supporting me. It’s such a privilege to be out here in the Camping World Truck Series.” 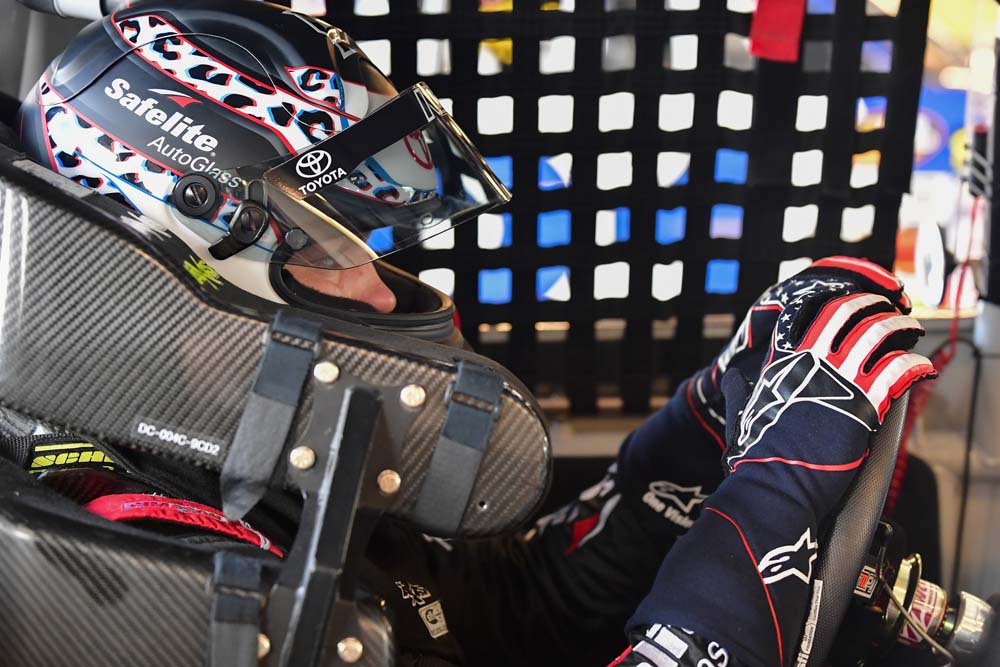 Gragson maintained the second position in the NCWTS Driver Championship standings. After 11 races the 19-year-old driver is 65 tallies behind championship leader Johnny Sauter. Gragson has earned 11 playoff points this season, including the one he earned for winning Stage Two at Chicagoland.

Gragson will be back behind the wheel of the No. 18 Safelite AutoGlass Tundra when the Truck Series resumes action July 12 at Kentucky Speedway in Sparta. Live coverage of the Buckle Up in Your Truck 225 begins Thursday at 7:30 p.m. ET on FS1.