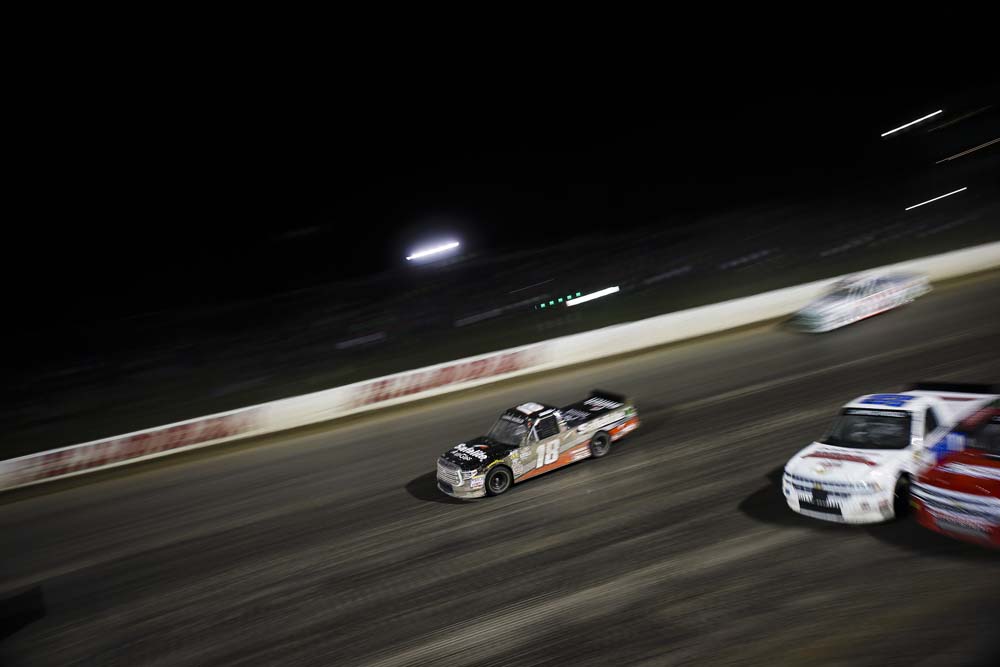 Noah Gragson battled his way from the 27th starting position to a sixth-place finish in Wednesday night’s Eldora Dirt Derby at Eldora Speedway in Rossburg, Ohio. After making contact with the wall in his qualifying race, Gragson finished sixth and was forced to run the last chance race, where he finished second and earned his way into the main event.

The Las Vegas native was running 15th with 40 laps remaining in the lone dirt race of the season before maneuvering his way forward in the closing laps. He restarted from the 12th position with 14 laps remaining and two laps later avoided a three-truck wreck to advance to the eighth spot. The Safelite AutoGlass Tundra took the final restart, which came under NASCAR overtime rules, in the eighth position and gained two spots over the final two laps to earn his 10th top-10 finish of the season.

Gragson finished 10 spots ahead of points leader Johnny Sauter and for the second consecutive race closed the gap in the battle for the regular season championship. Sauter was leading the standings by 65 points after the event at Chicagoland Speedway in Joliet, Ill., but heads into next week’s race at Pocono Raceway in Long Pond, Pa., holding a 32-point cushion with three races remaining. 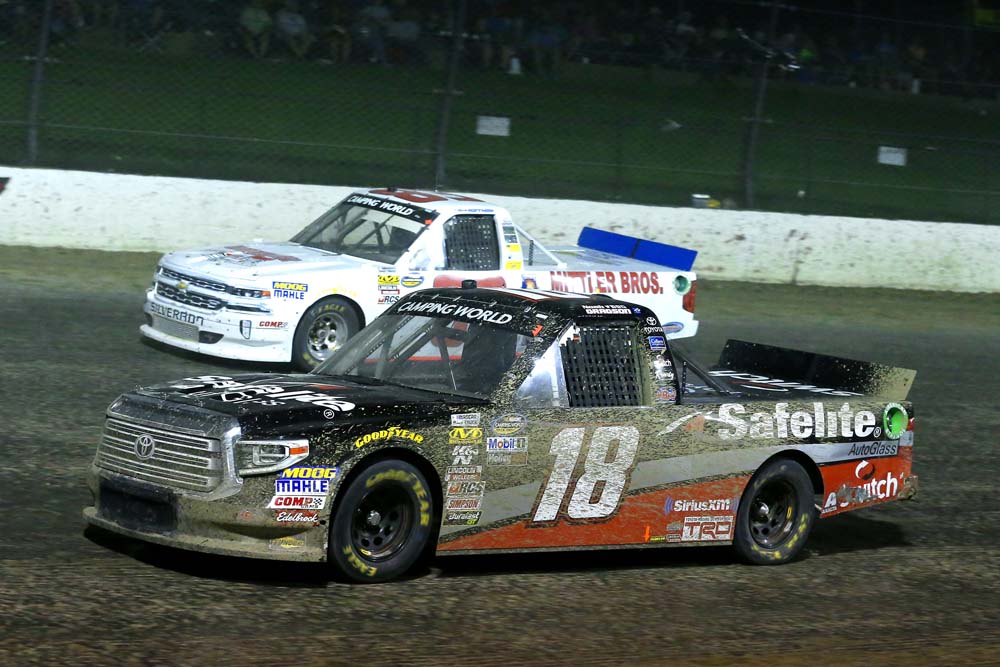 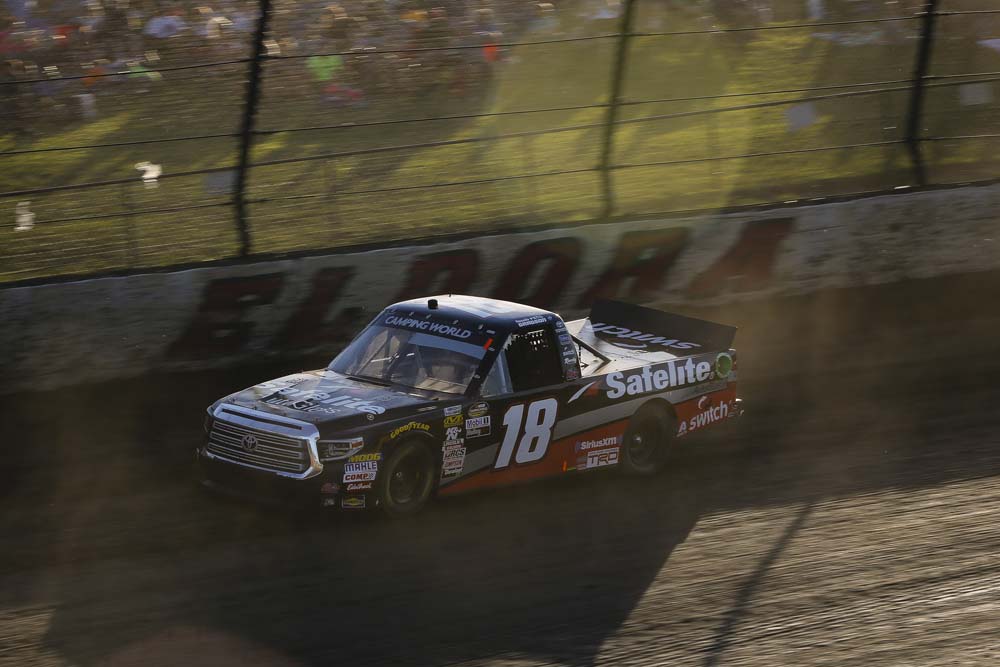 Talk about your finish.

“It was a challenging day the entire race day. Qualifying didn’t go too great. We qualified 13th. In the heat race, I bumped into the wall, so we had to go to the transfer race. Got to second, so we got the transfer spot for second position. Started the race and we were last there at one point. Then we were able to rally ourselves up to the front. I am thankful to be out here in the Truck Series but I am not too mad we don’t have to come back out here for the remainder of the season. Ready for Pocono and we’re closing in on the points championship.” 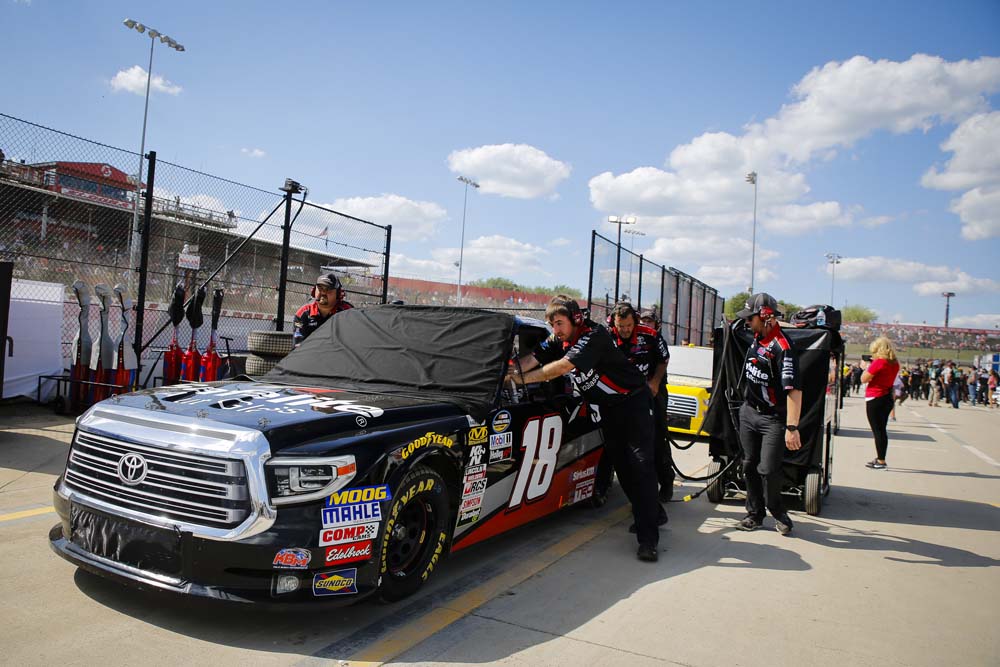 With his 10th top-10 finish of the season Gragson maintained the second position in the NCWTS Driver Championship standings. With three races remaining in the regular season, the 20-year-old driver is 32 tallies behind championship leader Johnny Sauter. Gragson has earned 12 playoff points this season.

Gragson will be back behind the wheel of the No. 18 Safelite AutoGlass Tundra when the Truck Series resumes action July 28 at Pocono Raceway in Long Pond, Pa. Live coverage of the Eldora Dirt Derby begins Saturday at 1 p.m. ET on FS1.