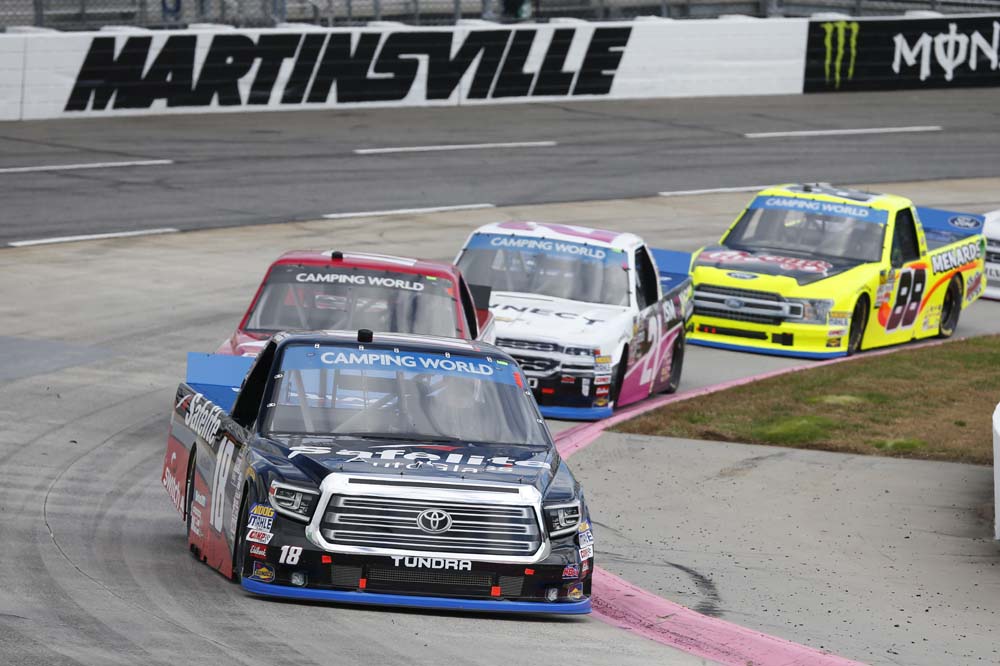 Noah Gragson and the No. 18 Safelite AutoGlass team started the Round of 6 of the NASCAR Camping World Truck Series (NCWTS) Playoffs with a solid points’ day as they try to advance to the Championship 4 at Homestead-Miami (Fla.) Speedway. Gragson started from the third position and earned runner-up finishes in the opening two stages before ending the race in the seventh position.

With the 48 points they earned at Martinsville, the No. 18 team heads to Texas Motor Speedway in Fort Worth next Friday second on the NCWTS Playoff grid, 24 points above the cutoff line for advancing to Championship 4. 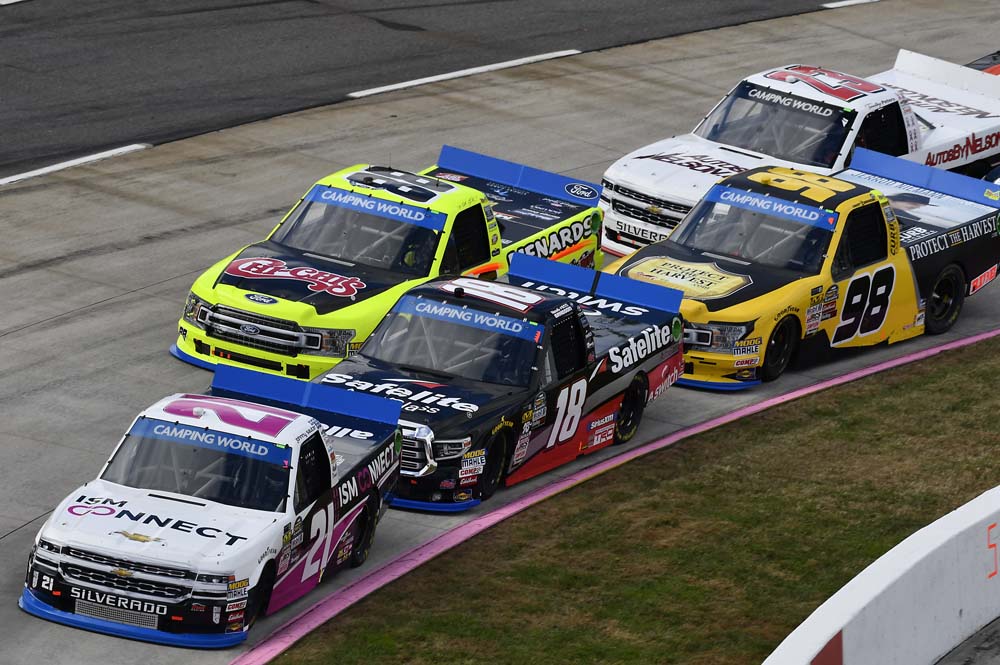 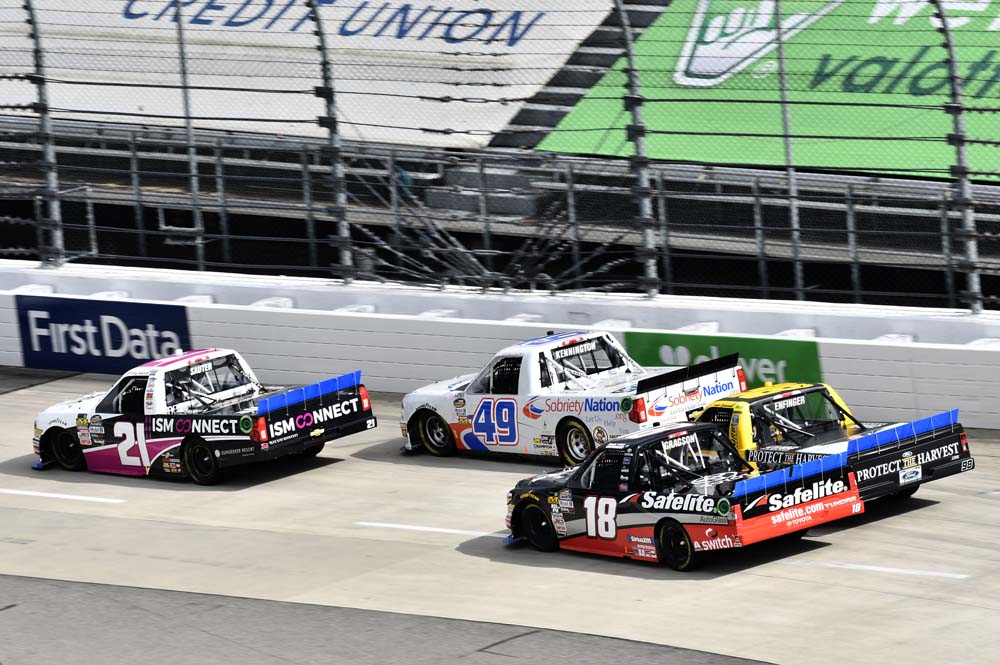 “Overall it was a good day for our Safelite Toyota Tundra. We had one goal and that was to gain as many points as possible or obviously win. Pit stops, we got a little behind there and it was almost impossible to pass. Just thankful to be out here racing and I’m happy with the result. With the first two stages, gaining nine points in each is what we needed to do coming here. Moving on to Texas, we have one goal and that’s to collect as many points as possible and go to Homestead and race for a championship.”

Did you intend to work with Johnny Sauter on the restarts?

“Just respect to him (Johnny Sauter) and trying to benefit myself as well. Just trying to think big picture. If I went to the outside of him and raced him hard and pinned him down and jeopardized my chance of getting wrecked or I could have let him go on the top and let him get back in front of me and I felt like that was the safest bet for what our goal for this weekend was. It wasn’t planned before the race, it just was the fact of the matter in the moment. Overall, just a good day for our Safelite AutoGlass Toyota Tundra team and Kyle Busch Motorsports. Just thankful to be out here chasing a championship.”

Did you feel tire wear was not an issue today and is that a problem?

“You saw Myatt (Snider), he took two tires and was able to stay out front. He wasn’t worth talking about in the first two stages in my opinion and he ended up running third. Hats off to them, but just kind of a weird weekend here with no practice. I didn’t know if that was going to be a good thing or a bad thing. Everybody was in the same boat. Overall a good day for Kyle Busch Motorsports, we qualified one-two-three and obviously we would like to run up there at the end, but we did what our goal was.” 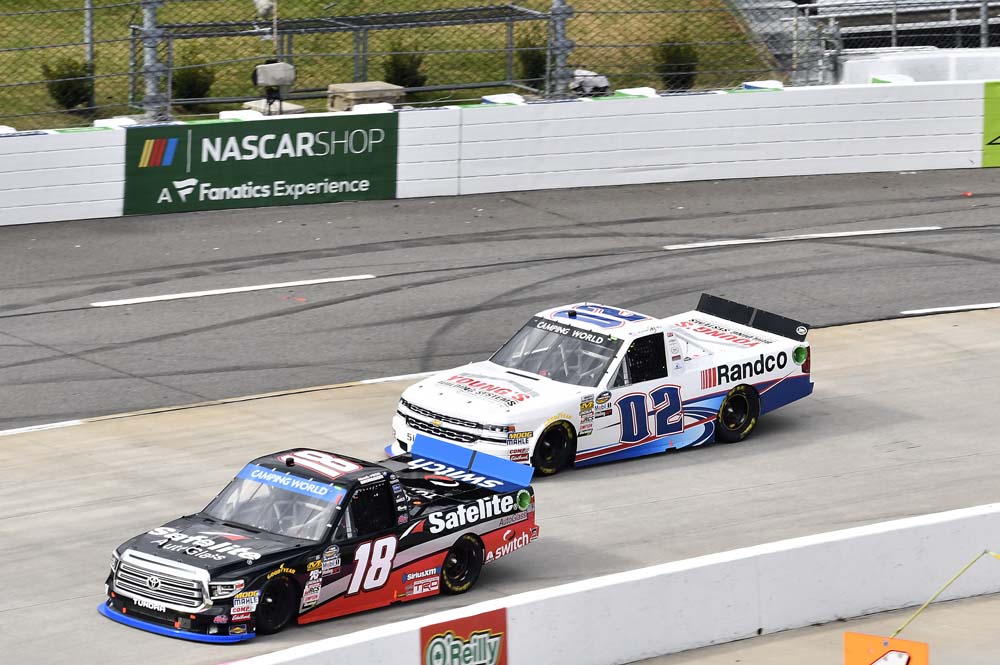 Gragson leaves the first race of the Round of 6 second on the NCWTS Playoff grid, 24 points above the cutoff line for advancing to the Championship 4.

Gragson will be back behind the wheel of the No. 18 Safelite AutoGlass Tundra when the Truck Series resumes action Nov. 2 at Texas Motor Speedway in Fort Worth. Live coverage of the JAG Metals 350 begins Friday at 8:30 p.m. on FS1.