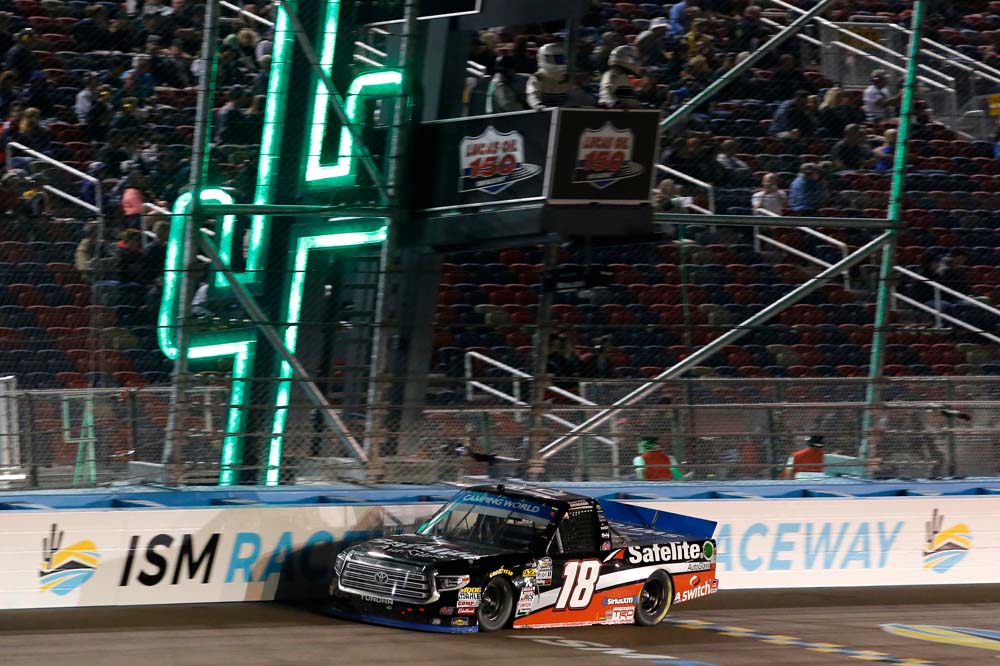 Noah Gragson captured the pole, led 43 laps and had over a two-second lead with seven laps remaining in Friday night’s Lucas Oil 150 at ISM Raceway when a one-truck spin brought out the caution and setup a three-lap shootout to the finish.

Gragson, who chose the outside lane for the restart, got moved up the track as the field headed into Turn One by Grant Enfinger, who was in must-win situation to advance, which allowed Brett Moffitt to maneuver to the inside of the top two into the lead down the backstretch. Moffitt would go on to take the victory, while Gragson would cross the stripe second and secured his spot in the Championship 4 by finishing 27 points ahead of Enfinger in the Round of 6.

Gragson, Moffitt, Johnny Sauter and Justin Haley will compete for the NASCAR Camping World Truck Series championship next Friday night at Homestead-Miami (Fla.) Speedway, with the top finisher among the four taking home the title. 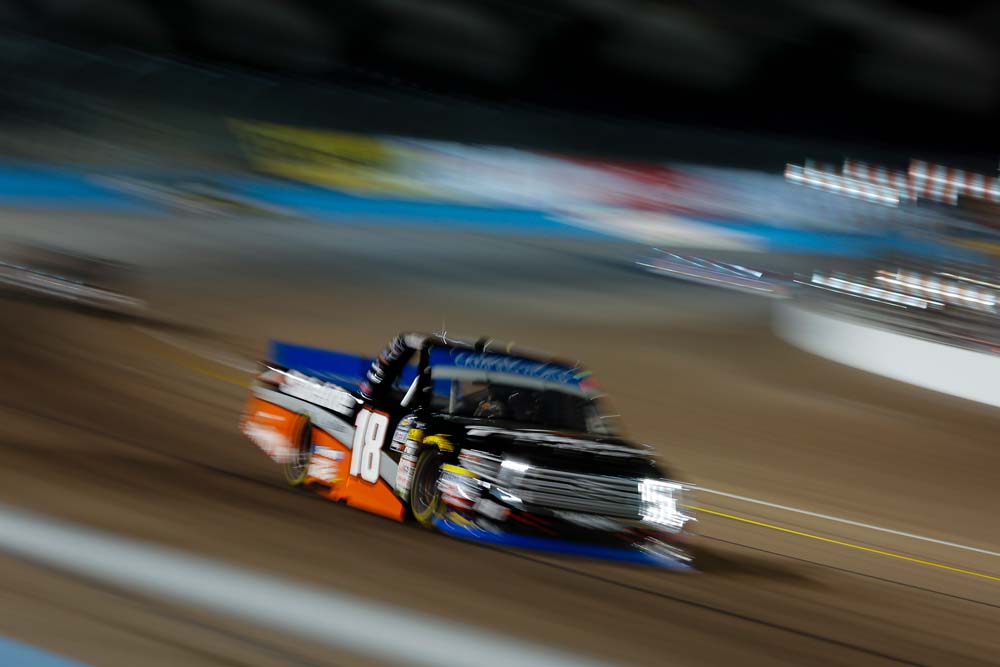 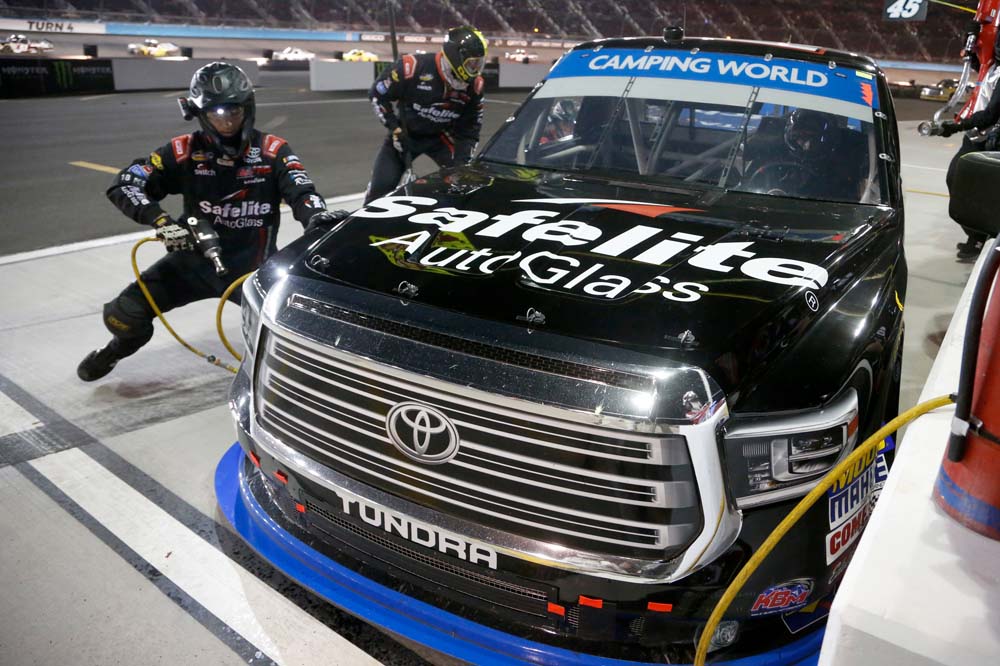 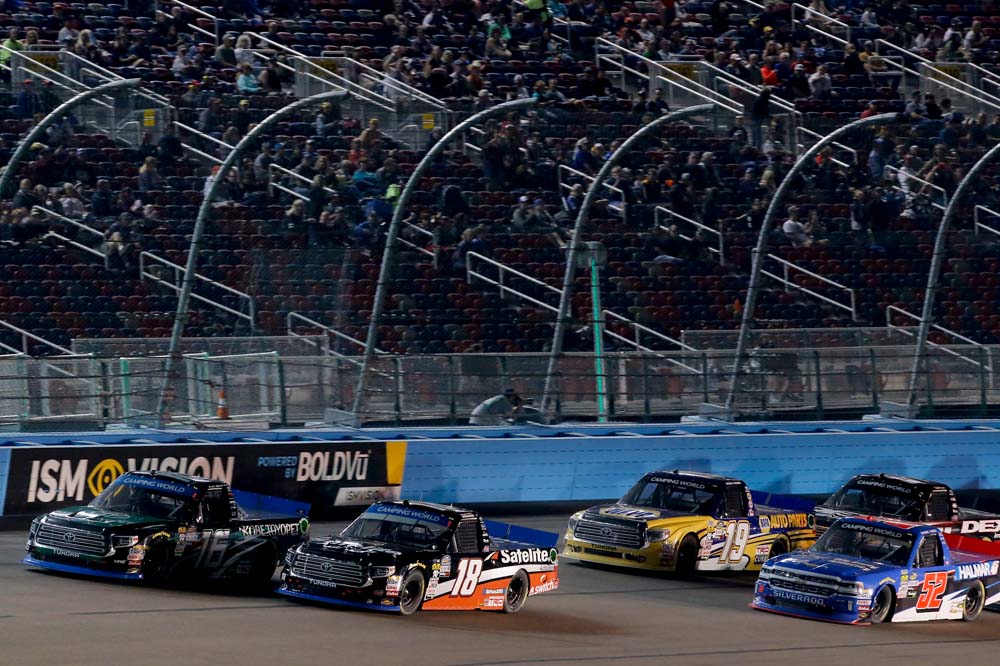 What happened on the final restart?

“I just got run up the hill in turns one and two on the restart and it was just hard racing honestly. Beating and banging, that’s what ISM Raceway is all about. Main focus was to get to next weekend in Homestead and obviously I wanted this win, led a lot of laps early in the race and slid through my pit box and had to restart in the back — just a mistake on my part. We’re on to the next round and that’s what we came here to do obviously. Can’t thank all the Safelite AutoGlass KBM guys — they worked their tails off on this Safelite AutoGlass Toyota Tundra and I’m so thankful. Just a heartbreak, I thought we had it before that caution. It is what it is, we move onto next weekend and I’ll take second and try to win the next one.”

Gragson leaves the final race of the Round of 6 fourth on the NCWTS Playoff grid, 27 points above the cutoff line and advances to the Championship 4 next Friday at Homestead-Miami Speedway.

Gragson will be back behind the wheel of the No. 18 Safelite AutoGlass Tundra when the Truck Series crowns its champion Nov. 16 at Homestead-Miami Speedway. Live coverage of the race begins Friday at 8 p.m. on FS1.