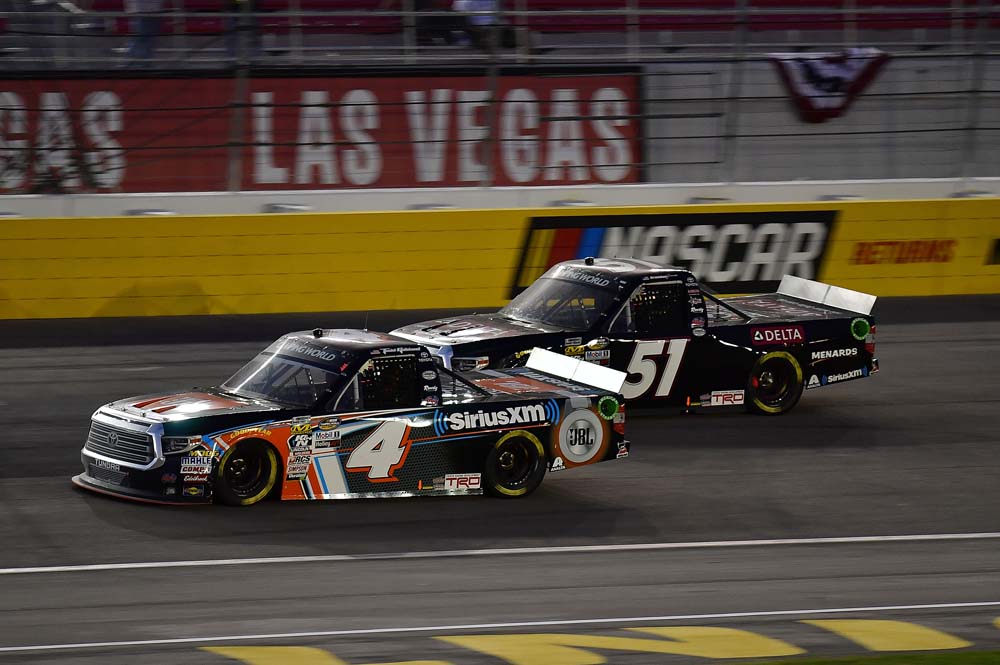 Todd Gilliland made his first start at Las Vegas Motor Speedway Friday night and hoped to hit the jackpot, but his luck ran out instead. After leading five laps to start the final stage, Gilliland hit the wall on lap 83, which ended his night prematurely in 27th place. 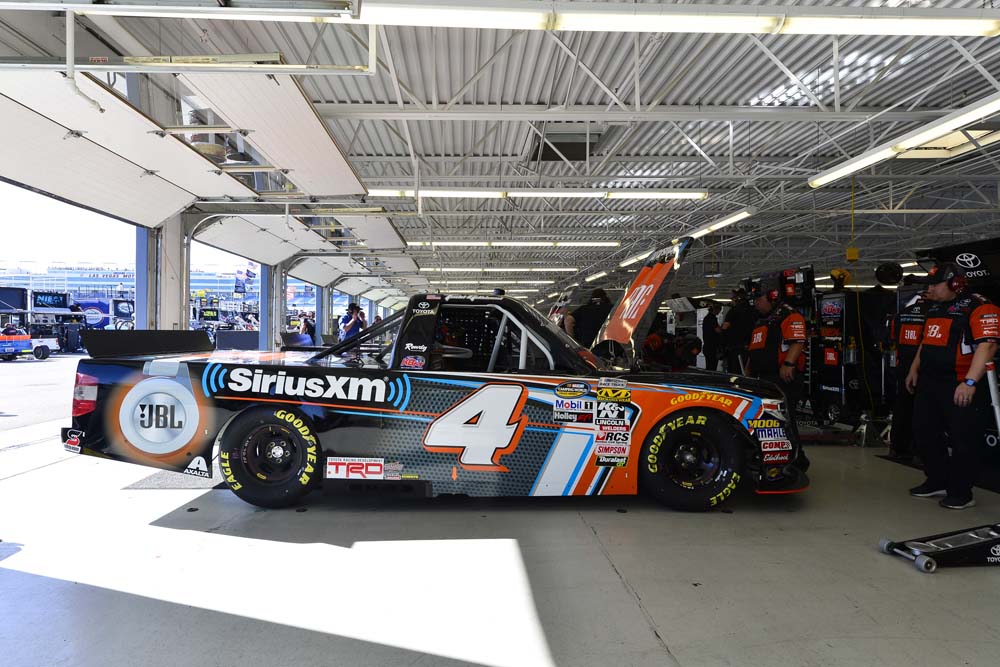 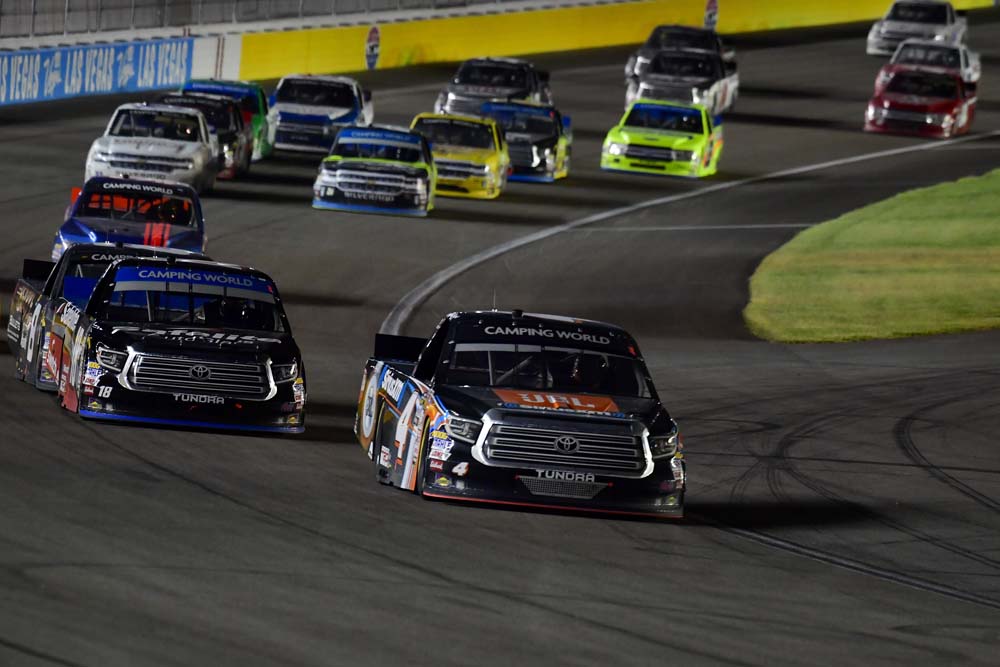 What happened in the accident which ended your night?

“I was trying to get a little bit of a side draft off the 52 (Stewart Freisen) and I had a really good run on him. I was trying to pull him off of turn four to get some momentum getting into turn one and the 97 (Jesse Little) was just right there at my bumper cover and I just kind of went up and hooked myself into the wall. Nonetheless, I’m still really proud of this JBL/SiriusXM Toyota Tundra that we brought to the race track. I felt like we could really race around other trucks like I haven’t been able to before. We’re learning every week and that’s what it’s all about. Tough to have a couple weeks off now, but we have to stay in the game and stay focused on business.” 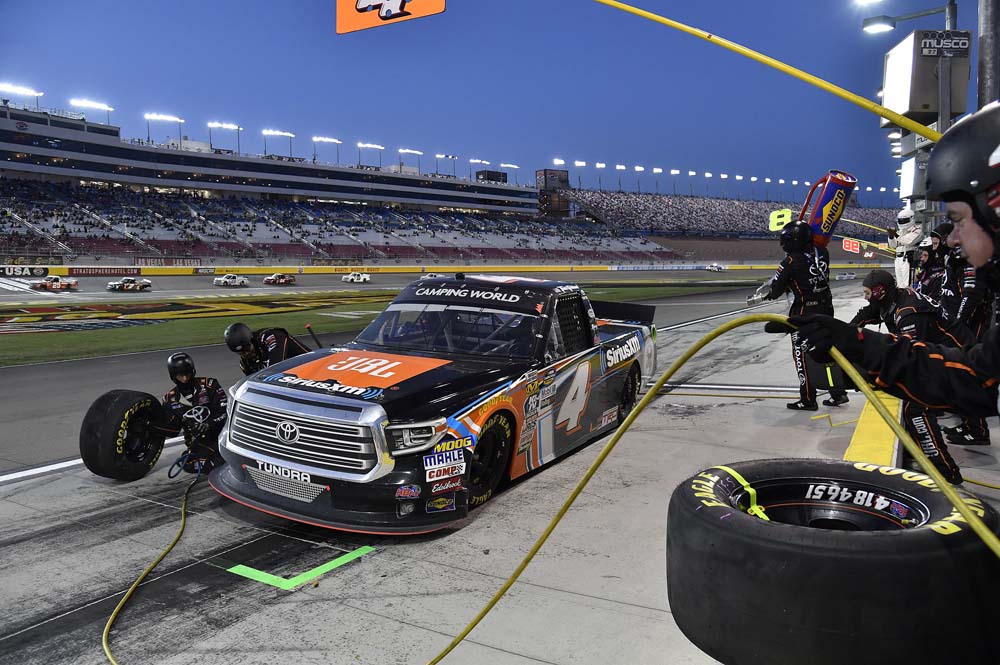 The Truck Series takes three weeks off and returns to action on Saturday, Oct. 13 at Talladega Superspeedway. Live coverage of the race begins at 1 p.m. ET on FS1.