Gilliland Runs Up Front, but Finishes 14th at Martinsville 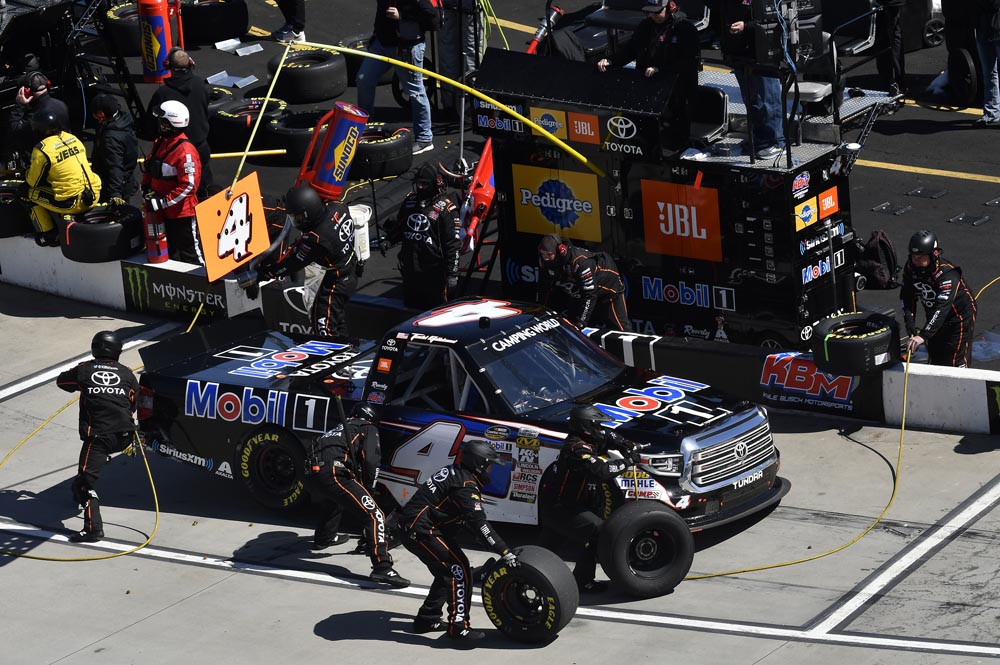 Todd Gilliland let everyone know he was at Martinsville Speedway for the NASCAR Camping World Truck Series race on Saturday and Monday. Gilliland was forced to start in the back after an engine change during practice Friday and worked his way up to 19th before snow postponed the remainder of the race until Monday morning. On Monday he ran up front all day, but could not make up track position after a late-race pit stop which left him in 14th place. 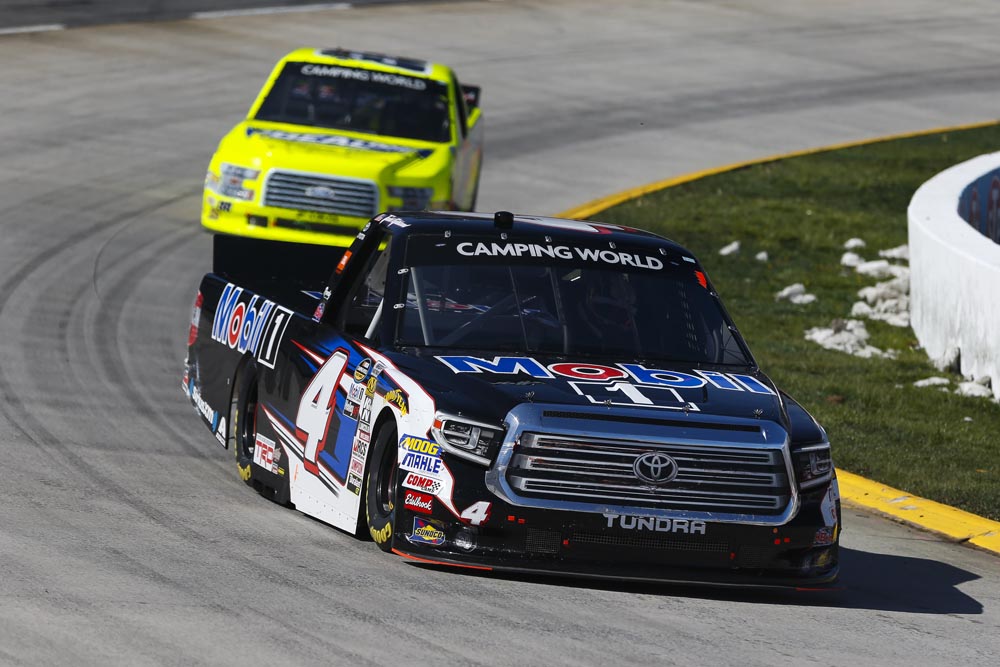 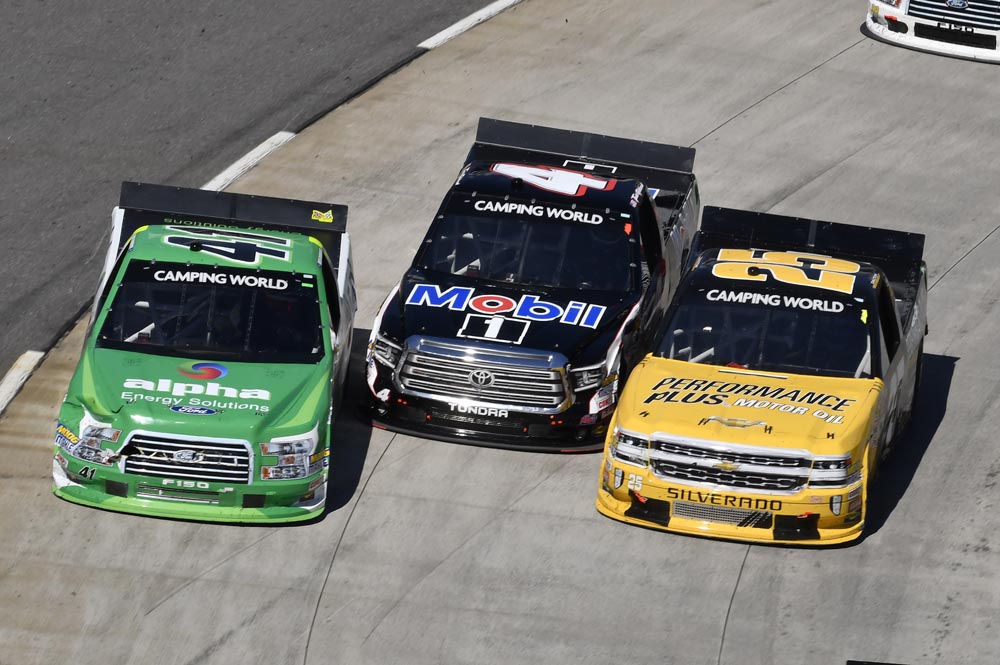 How was the truck today and how difficult was it to come from the back of the field?

“I have to say thank you to everyone at KBM for such a fast Mobil 1 Toyota Tundra today. Coming from the back was rough, but that’s what we had to do and once we got up there, we were really fast. We came down pit road and we were really tight that last run. Struggled a little bit there, but overall, I’m very happy with the speed we had. I think I just need to be smarter on my part and put in the situations with the people I’m around. Just a big learning day for sure and we’ll move on for Dover.”

The No. 4 team leaves Martinsville ranked seventh in the Truck Series Owner’s Championship Standings, 47 points out of first.

Todd Gilliland will compete in the No. 4 Pedigree Tundra when the Truck Series returns to action on Friday, May 4 at Dover (Del.) International Speedway. Live coverage of the race begins at 5 p.m. ET on FS1.