Gilliland Leads Laps & Wins Stage, but Gets Spun at Talladega 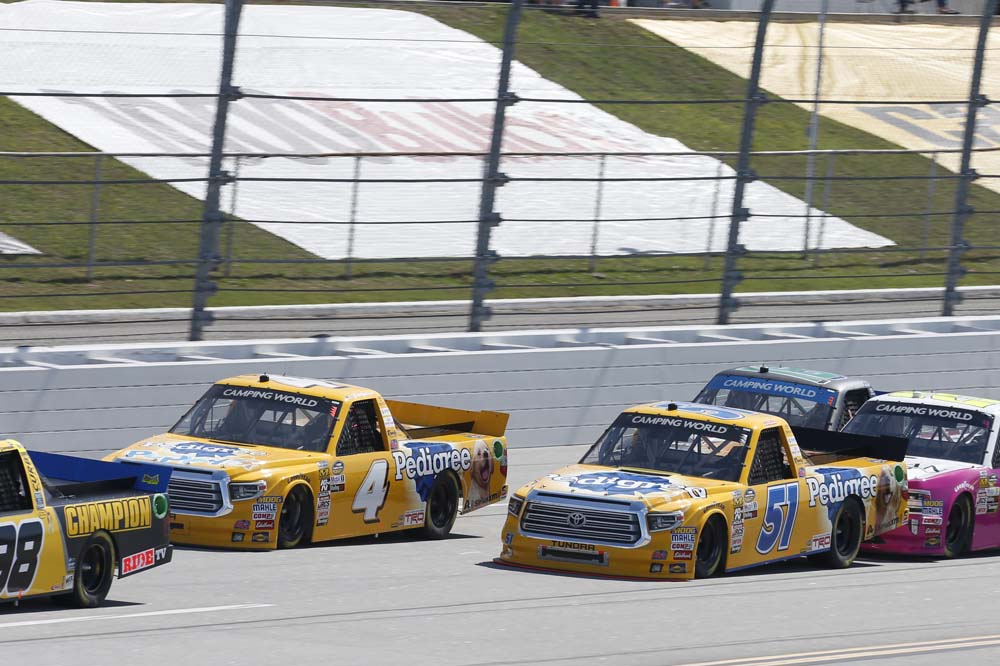 Todd Gilliland made his first superspeedway start on Saturday at Talladega Superspeedway. It was a special day for him. Not only was it his first superspeedway start, but one of his Kyle Busch Motorsports (KBM) teammates was his father, David Gilliland. Both were driving PEDIGREE® Toyota Tundras and even adopted a new family member (an eight-week-old puppy they named Winston) from the Greater Birmingham Humane Society during a PEDIGREE® appearance on Thursday. Both family members had a shot to win at the end, but the younger Gilliland was spun on lap 83 ending his bid for the win. 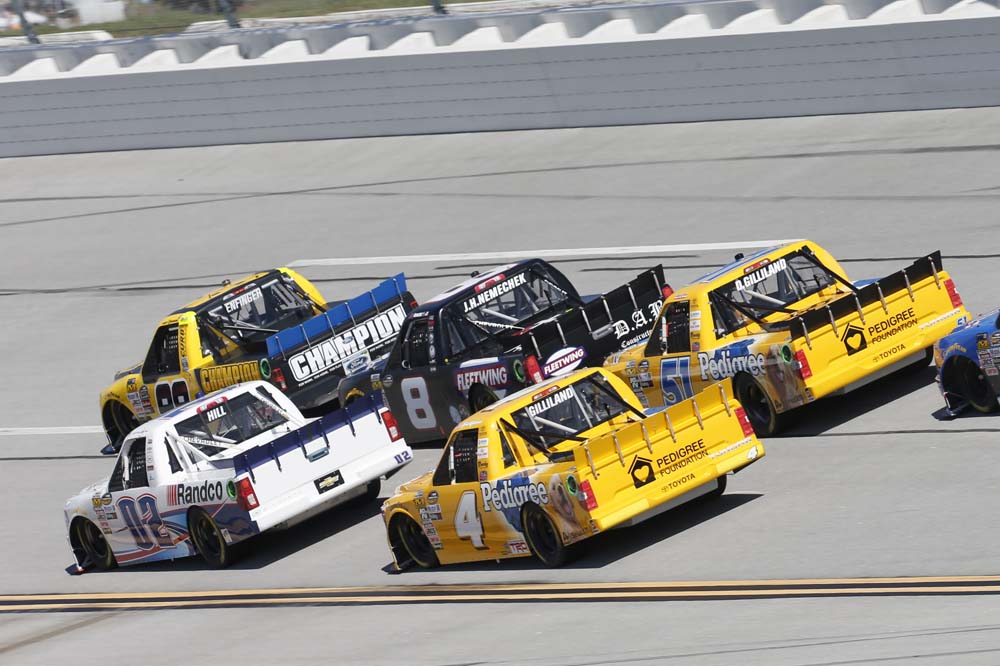 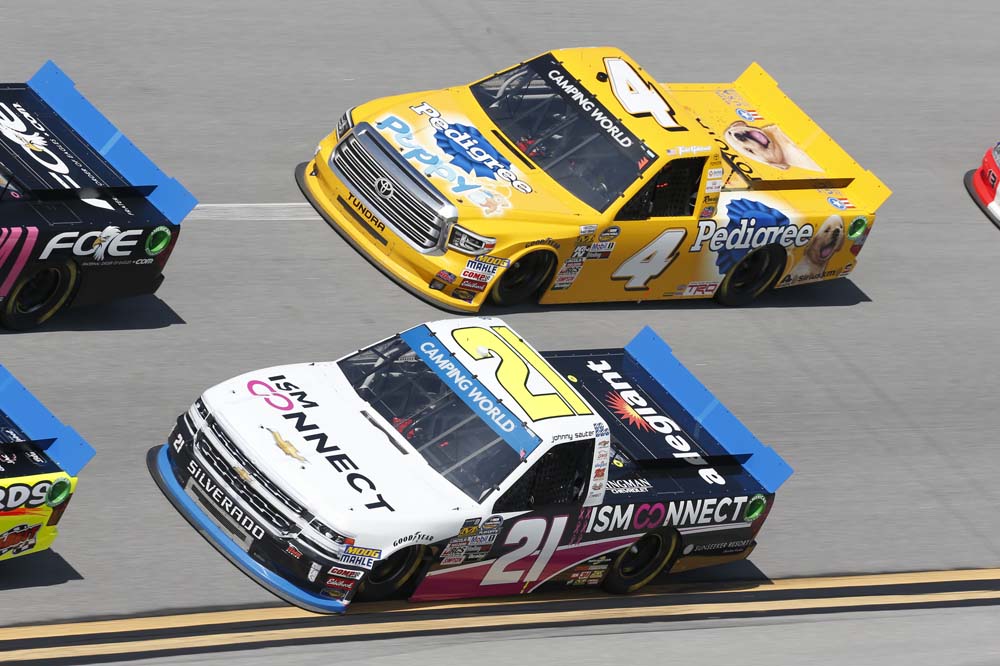 Todd Gilliland, driver of the No. 4 PEDIGREE® Puppy Tundra for Kyle Busch Motorsports:

What happened that caused you to spin?

“I was just trying to get under the 98 (Grant Enfinger) while I could and I felt like it was a good situation. I could see him coming up and I got into him a little bit in the middle of (turn) four and he got really far up off the bottom. I tried to fill the hole and I was to his wheel and he came back down. Just racing here –that’s what it’s all about I guess. I just was having a lot of fun up until then and my PEDIGREE® Puppy Tundra was fast. That was a lot of fun. I guess we’ll just rebound and we won a stage, so we’ll just focus on Daytona next year I guess. This was my first time doing it, so I guess not too bad.” 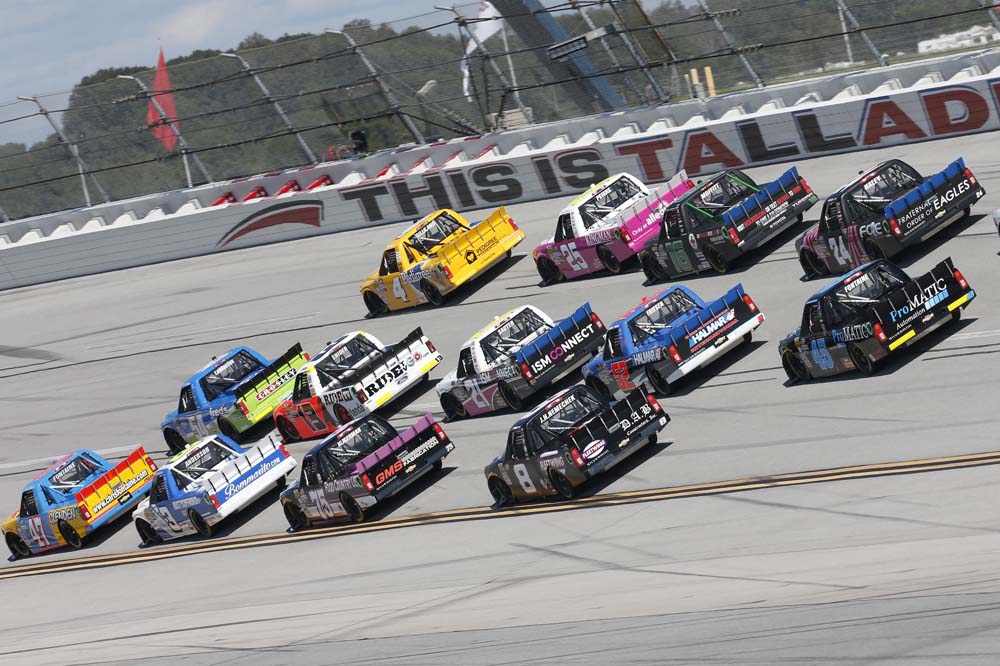 The Truck Series takes a weekend off and returns to action on Saturday, Oct. 27 at Martinsville Speedway. Live coverage of the race begins at 1 p.m. ET on FS1.