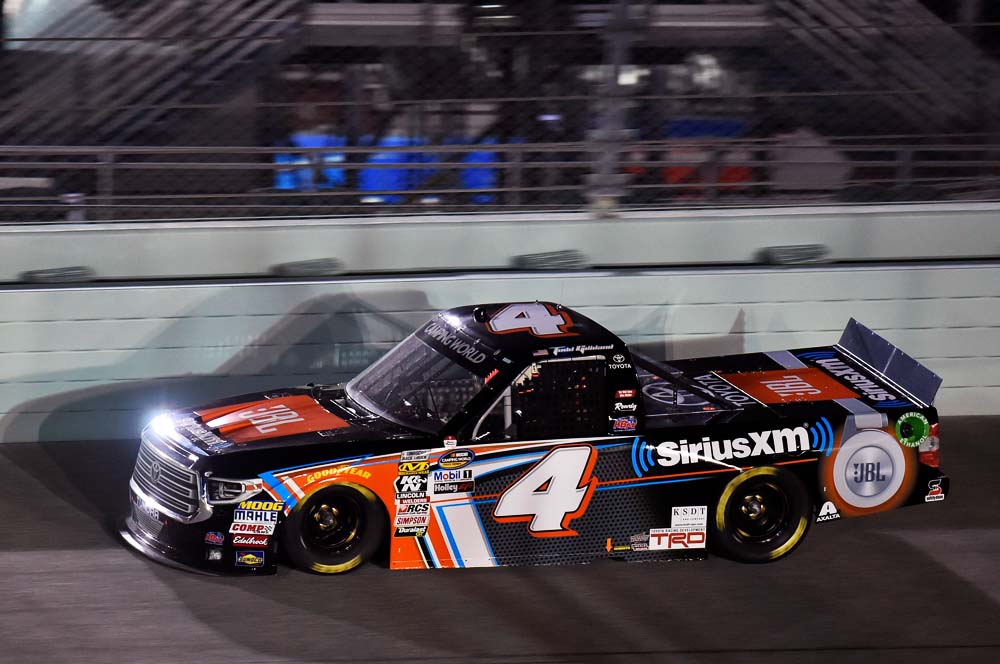 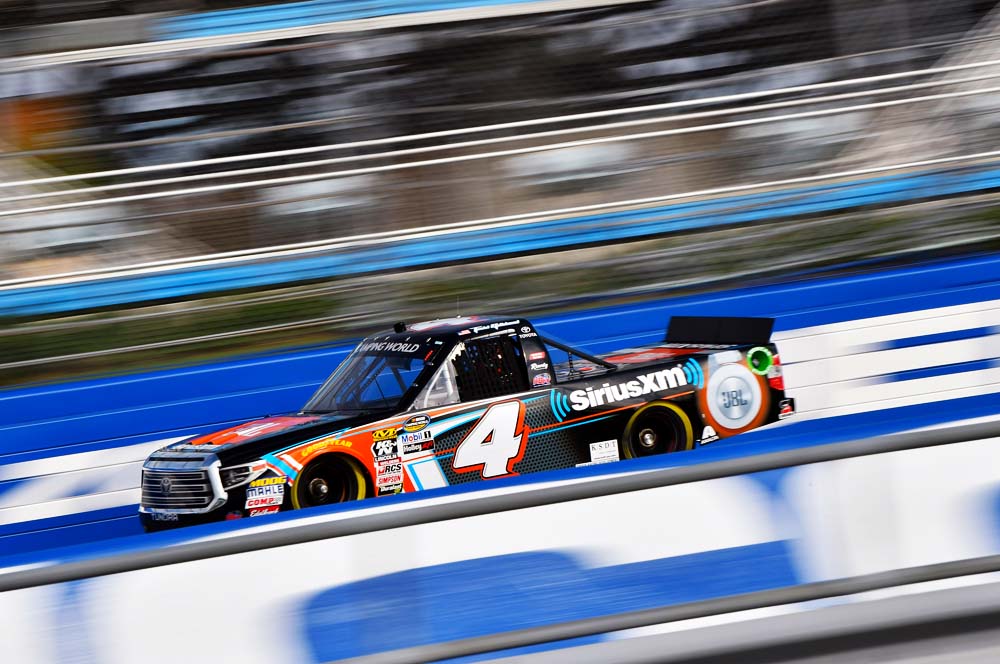 Todd Gilliland was hoping to finish the season with a win, but it wasn’t meant to be Friday night at Homestead-Miami Speedway. Gilliland searched for speed throughout practice, qualifying and the race in his No. 4 JBL/SiriusXM Tundra, but never found quite the right balance to fight his way to the front and contend for the win. He did gain valuable experience by running every lap and finishing 13th. 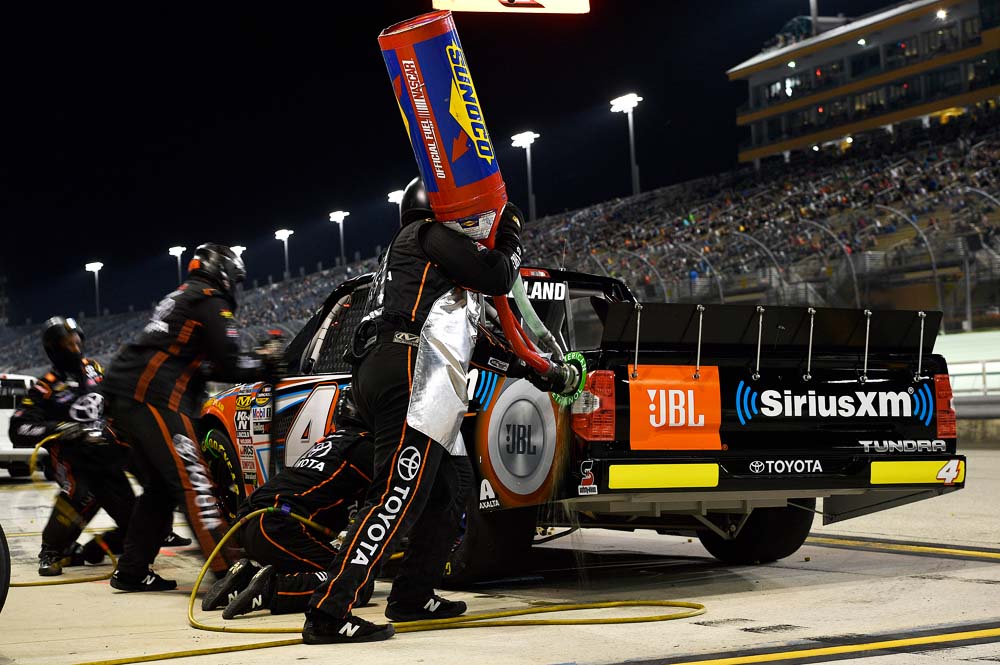 “Our night was kind of up and down to an extent, but mainly down. I don’t know that we ever got into the top 10. Overall it was just a tough day. In qualifying we didn’t really have speed. We were a little bit on the free side. In the race we were just a little bit off, but at Homestead it makes a big difference on speed. I’d lose every spot I could on restarts and that didn’t help us either – I dug myself a bigger hole. It was just a really bad night on restarts. We got damage early on and we just need to be a little bit better next time.” 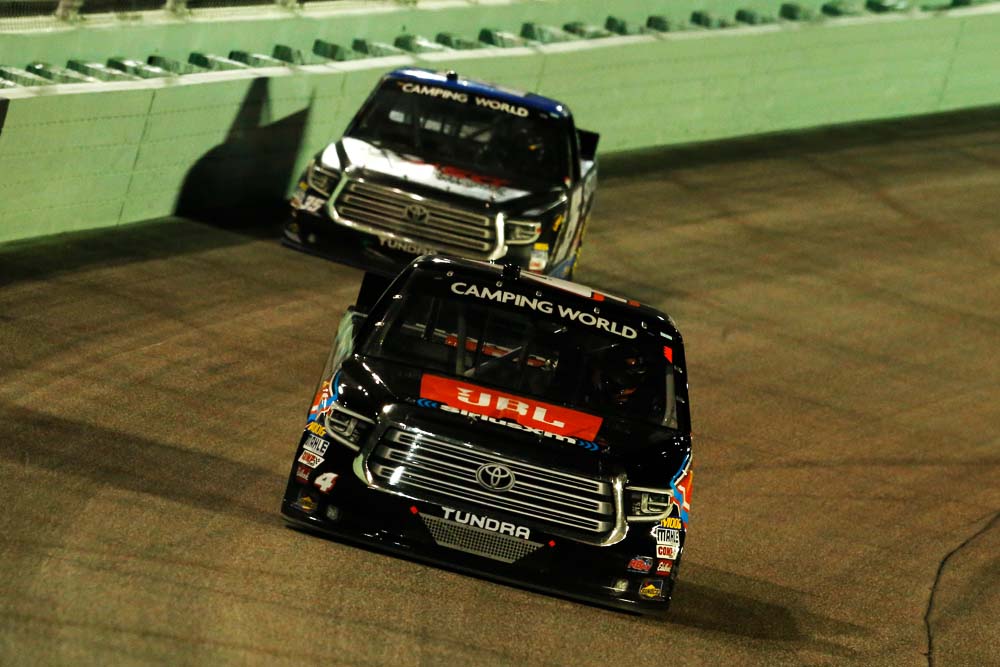