Four-in-a-Row for Kyle Busch and the No. 51 Cessna Team 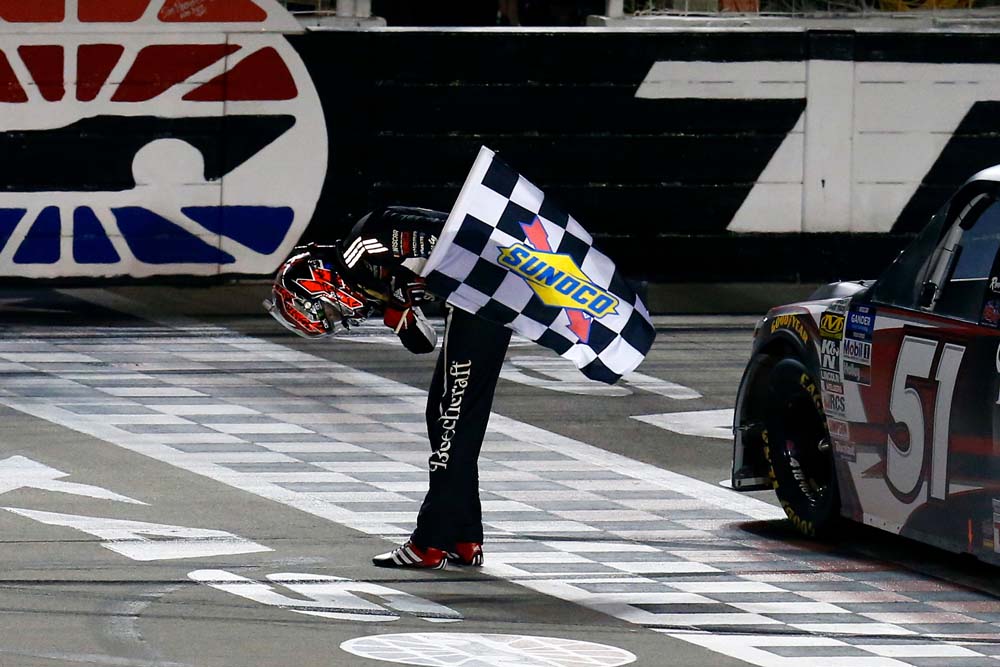 Owner-driver Kyle Busch has four NASCAR Gander Outdoors Truck Series starts and four wins in 2019. The 33-year-old continued his domination of the series at Texas Motor Speedway on Friday night in the Vankor 350, leading seven times for 97 laps in the No. 51 Cessna Beechcraft Toyota Tundra. Busch finished the first stage in the eighth position after opting for a pit strategy that saw him coming to pit road before the stage end and he won the second stage before coming away with the overall victory.

How does it feel to get another win tonight?

“It was a pretty good night for us. Obviously, the Cessna Beechcraft Tundra was fast. I wish it was faster. I thought we were pretty good. Not as good as we wanted to be once we stacked up next to the field. The 24 (Brett Moffitt) was really fast and the 52 (Stewart Friesen) was really fast. They made me work for it. They certainly got my money’s worth tonight. I want to say thanks to TRD (Toyota Racing Development), Rowdy Manufacturing and all of the fans – the Truck Series fans are the thoroughbreds of our sport. It’s coming out here on a Friday night, supporting the truck guys is what makes all this go round. So, appreciate them. And, of course, Gander Outdoors, Black Clover, DVX Sunglasses, Adidas and Incredible Bank. It takes a lot of us to get all of this to go, so it’s fun.”

Todd Gilliland, driver of the No. 4 Toyota Tundra, finished 14th

The No. 51 team leaves the fifth race of the season ranked first in the Truck Series Owner’s Championship Standings, 54 markers ahead of second-place.

Brandon Jones will be behind the wheel of the No. 51 Tundra when the Truck Series returns to action Friday, May 3 at Dover (Del.) International Speedway. Live coverage of the JEGS 200 begins at 5:00 p.m. EST on FS1.