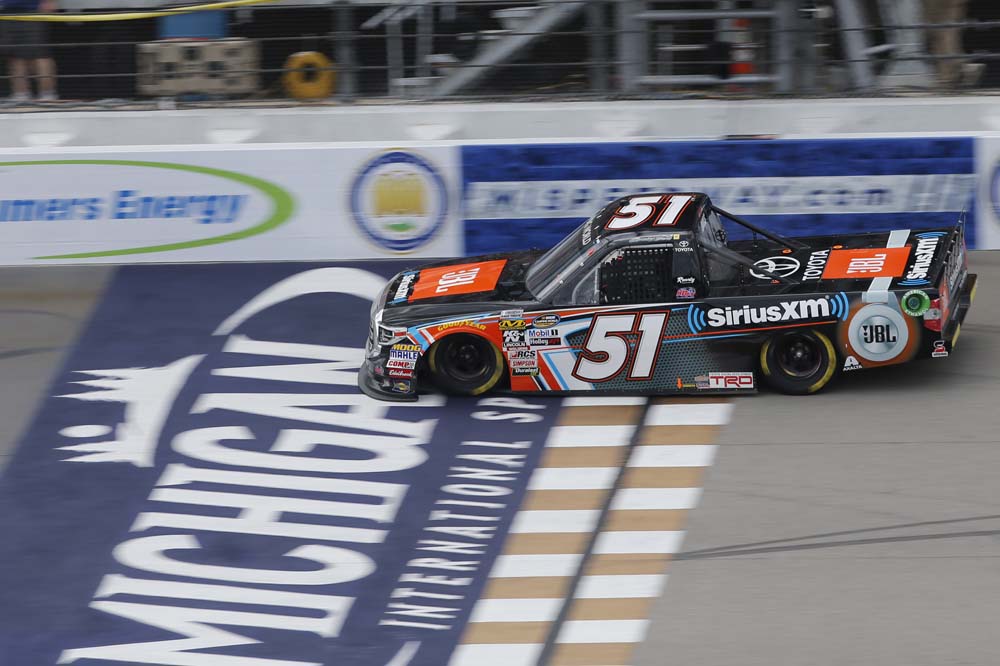 Flat right-rear tires seemed to plague Spencer Davis’ day in the No. 51 JBL/SiriusXM Tundra at Michigan International Speedway. A flat which caused him to spin in qualifying forced him to start in the back of the field, and another one late in the race cost him a potential top-10 finish. 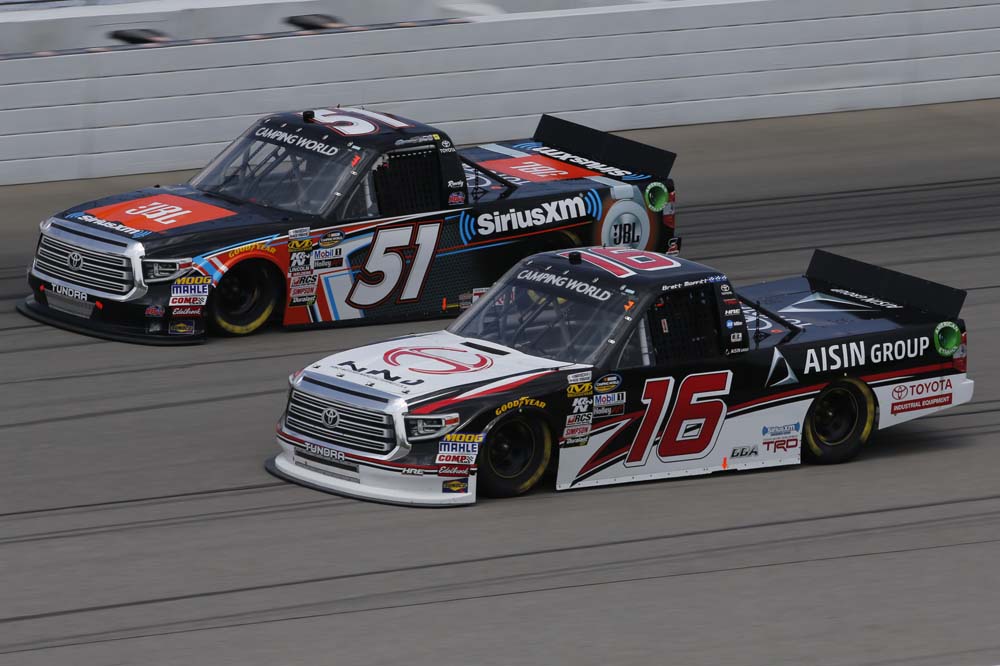 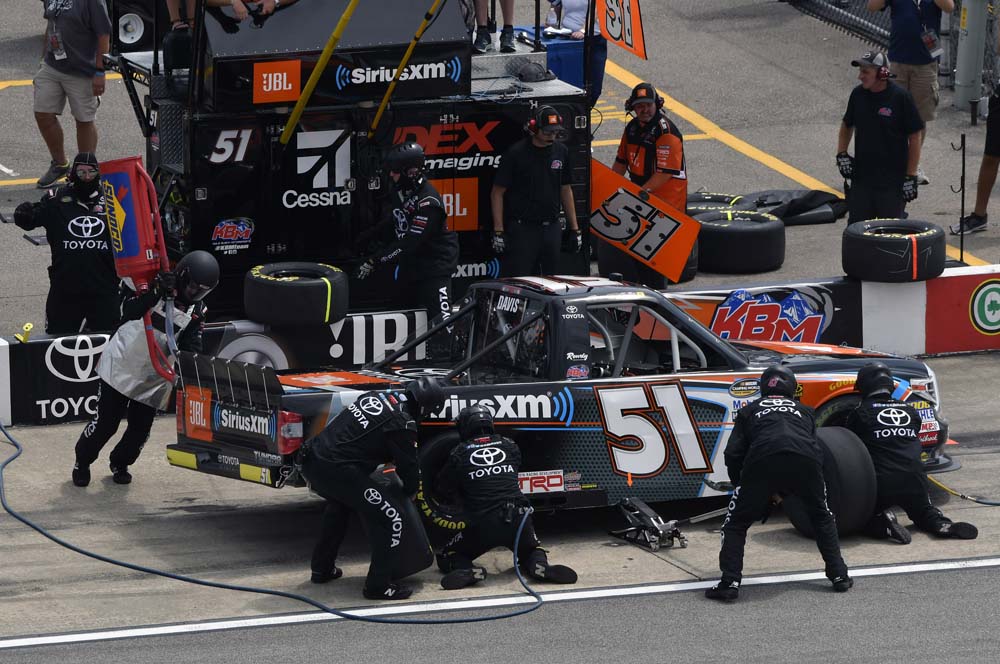 Spencer Davis, driver of the No. 51 JBL/SiriusXM Tundra for Kyle Busch Motorsports:

“Definitely not the weekend we wanted right here. We blew a right-rear tire in qualifying. We actually had a good JBL/SiriusXM Tundra to start off, but unfortunately something happened which caused the truck to get super loose toward the end. We couldn’t diagnose the problem and just tried to salvage the day to get a top-10 finish and had a right-rear tire go down again. It was an unfortunate end to my truck season here, but I have to thank KBM and Toyota for the opportunity and hope we get to do it again next year.”

The No. 51 team remains third in the Truck Series Owner’s Championship Standings, 65 points out of first.

Harrison Burton will be behind the wheel of the No. 51 Hunt Brothers Pizza Tundra when racing action resumes next week on Thursday, Aug. 16 at Bristol (Tenn.) Motor Speedway. Live coverage of the race begins at 8:30 p.m. ET on FOX.