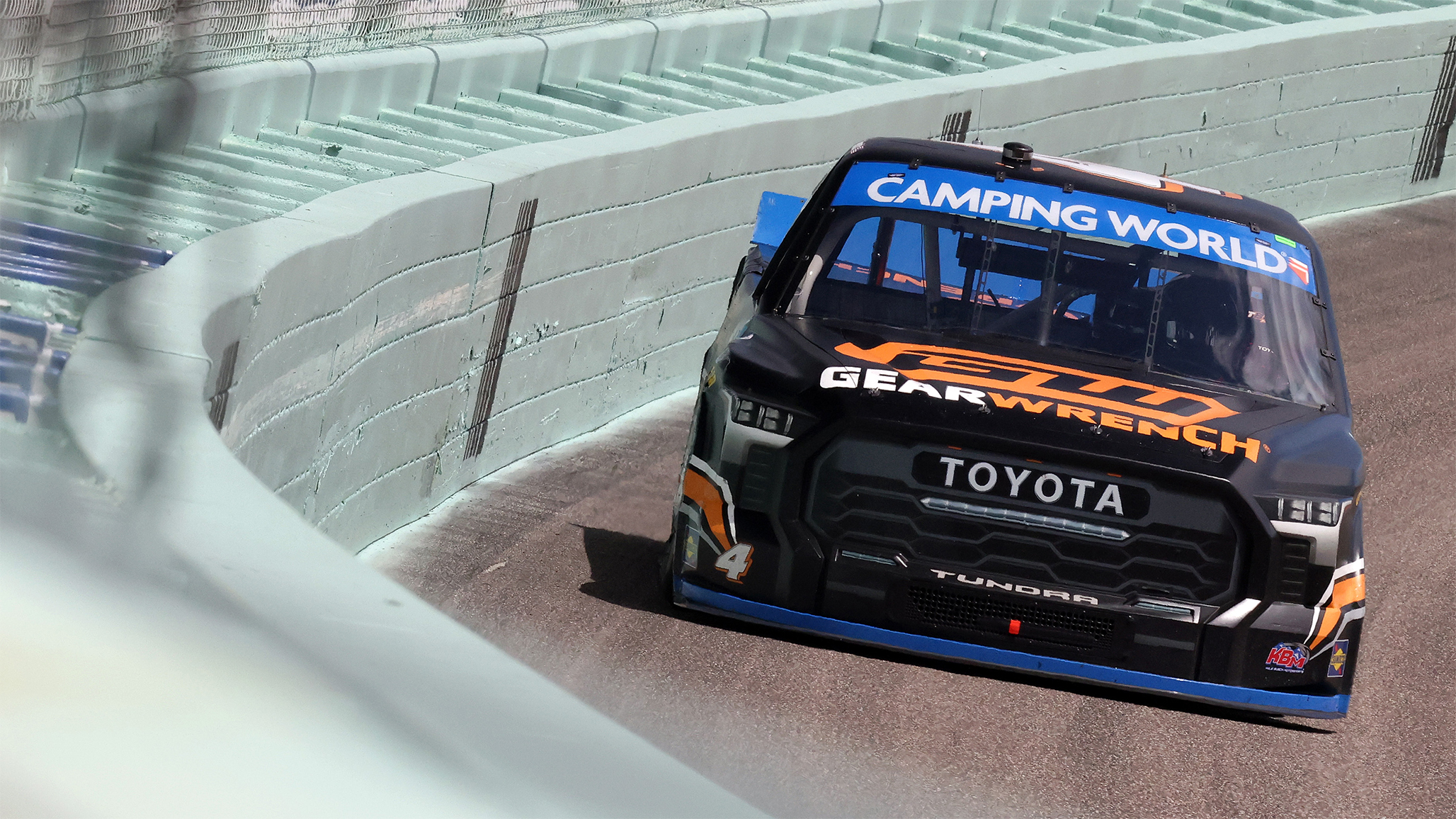 John Hunter Nemechek came into Saturday’s Baptist Health 200 five points below the cutoff line to advance to his second consecutive Championship 4 appearance. Nemechek started the race in 13th based off NASCAR performance matrix system but quickly muscled his way into the top five on Lap 12.

Nemechek was battling for position with Stewart Friesen and Christian Eckes before getting loose and into the outside wall on Lap 14. The damage sustained from the wall cut down a right front tire which ultimately led to two unscheduled pit stops for the No. 4 team, setting them back multiple laps early in the race.

Nemechek and the No. 4 team were unable to rebound from the early damage and took the checkered flag in 35th and were unable to advance to the Championship 4 as they finished 49 points below the cutoff line.

John Hunter Nemechek, driver of the No. 4 GEARWRENCH Tundra TRD Pro for KBM

What happened that took you out of contention to be able to make the final four to contend for the championship in Phoenix?

“Just made a mistake on my end. I got dirtied up behind the 52 (Stewart Friesen) early on in stage on and hit the fence and just trying to make up time and was pushing the issue probably a little too hard. Ultimately pushed it a little too hard, hit the fence again and had the right front go flat. Came in, pitted and ended up not clearing tires good enough and had another tire go down and had to pit again. Then had to play pit strategy and after that it was just damage control. It’s on me. It’s just frustrating for myself for sure to not advance to the final four, but still have a couple races left to go out and try to win.”

John Hunter Nemechek and the No. 4 Pye-Barker Fire and Safety team will look to close out the season on a high note at Phoenix (Ariz.) Raceway as the Camping World Truck Series comes to an end on Friday, Nov. 4. Live coverage of the Lucas Oil 150 will be on FS1, Motor Racing Network, and SiriusXM beginning at 10pm ET.