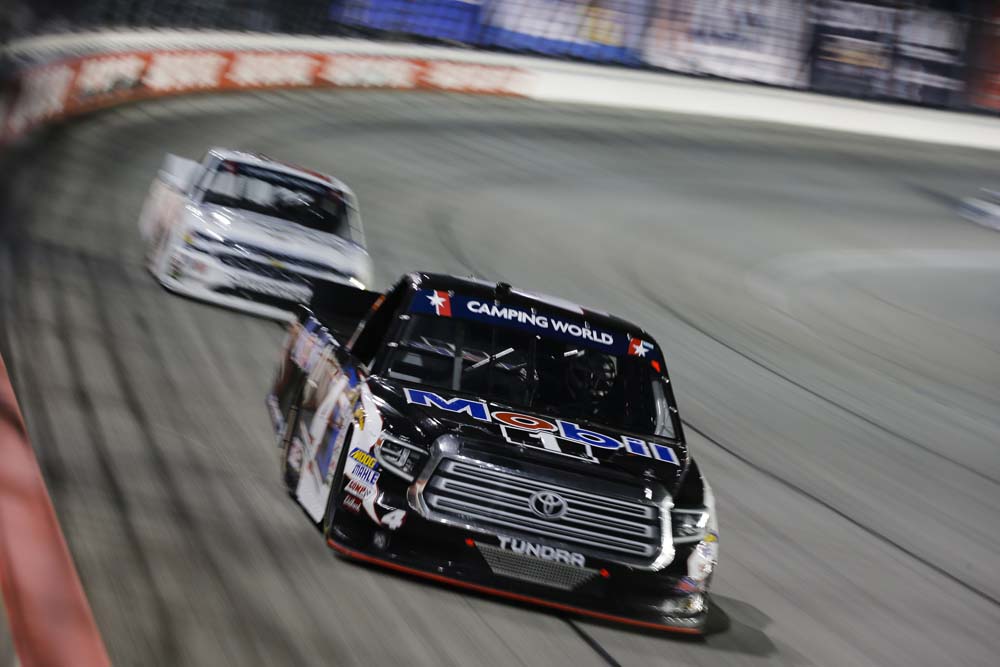 Todd Gilliland had never raced at Chicagoland Speedway until Thursday night’s ARCA Racing Series event when he finished third. He took what he learned from that race and applied everything he could to his No. 4 Mobil 1 Tundra on Friday night for the 150-lap NASCAR Camping World Truck Series race. He was running third with 12 laps remaining when he brushed the outside wall, which flattened his right-rear tire. The extra pit stop late in the race left him two laps down in 16th place. 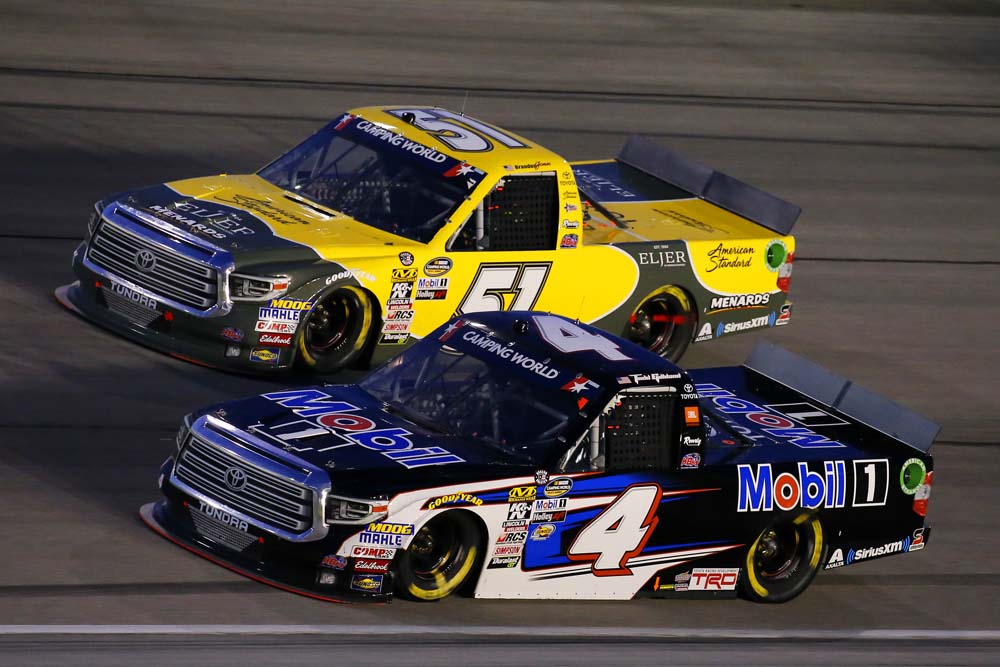 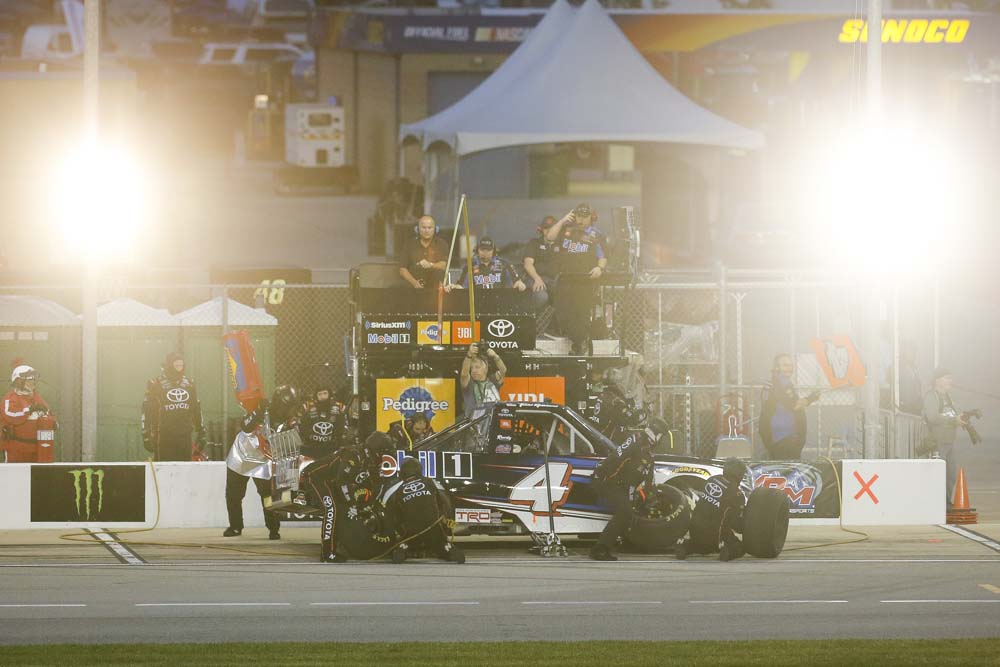 “We started the race pretty far off on set-up and speed, but I’m really proud of how we were able to make really good adjustments on pit stops and get good restarts. I think we were probably going to finish fourth tonight in our Mobil 1 Tundra. It’s all about finishing these races so there was no need to do what I did right there at the end to put ourselves in that position. There is nothing we can do now but learn from it and move on to the next race at Kentucky.” 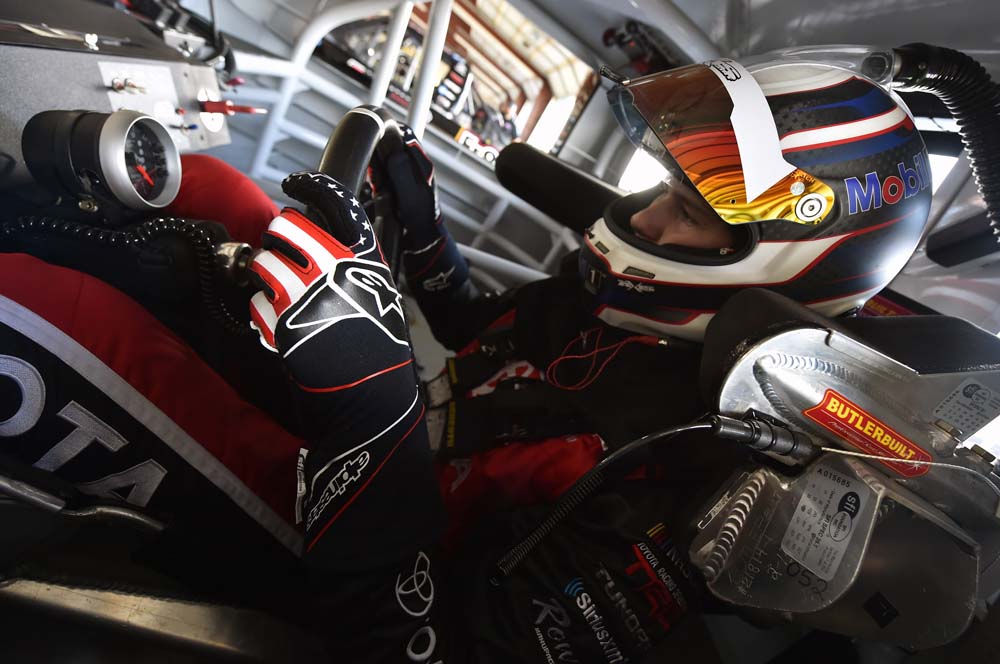 The Truck Series returns to action Thursday, July 12 at Kentucky Speedway. Live coverage of the race begins at 7:30 p.m. ET on FS1.