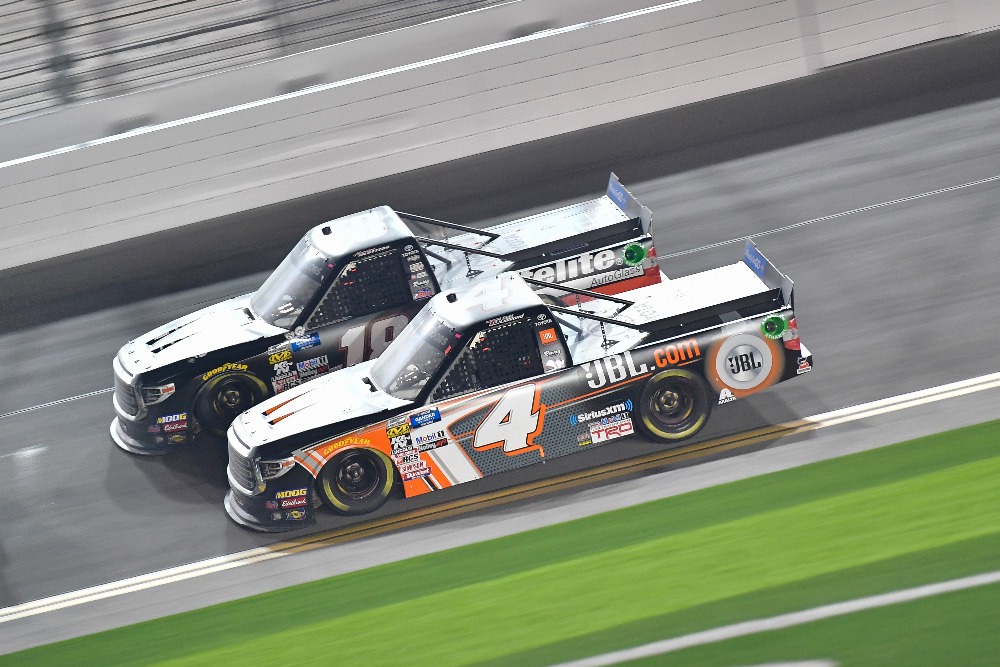 Eighteen-year-old Todd Gilliland made his first NASCAR Gander Outdoors Truck Series start at Daytona International Speedway, starting in third and remaining within the top-10 for most of the night before accidental contact with teammate Harrison Burton ended his evening early, resulting in a 19th-place finish in the No. 4 JBL Audio Toyota Tundra.

TODD GILLILAND, driver of the No. 4 JBL Audio Tundra for Kyle Busch Motorsports:

What ended your night?

“Just over-aggressive there, I guess. I was trying to make something happen. I still had quite a few laps to go – just a little too impatient I guess. It’s hard when the top lane is working like that. I tried to give my teammate, Harrison (Burton) a push and I don’t know. We were going in opposite ways and I just hooked him in the wall. Not how I wanted to end. Obviously, I was looking forward to working with Harrison there and go to the front. Just trying to help, but messed up both of our nights.”

The No. 4 team leaves the first race of the season with Gilliland ranked 18th in the Truck Series Driver Championship Standings, 22 points behind the leader.

Todd Gilliland and the No. 4 JBL Audio team return to action February 23 at Atlanta Motor Speedway in Hampton, Ga. Live coverage of the Atlanta 200 begins at 4:30 p.m. ET on FS1.