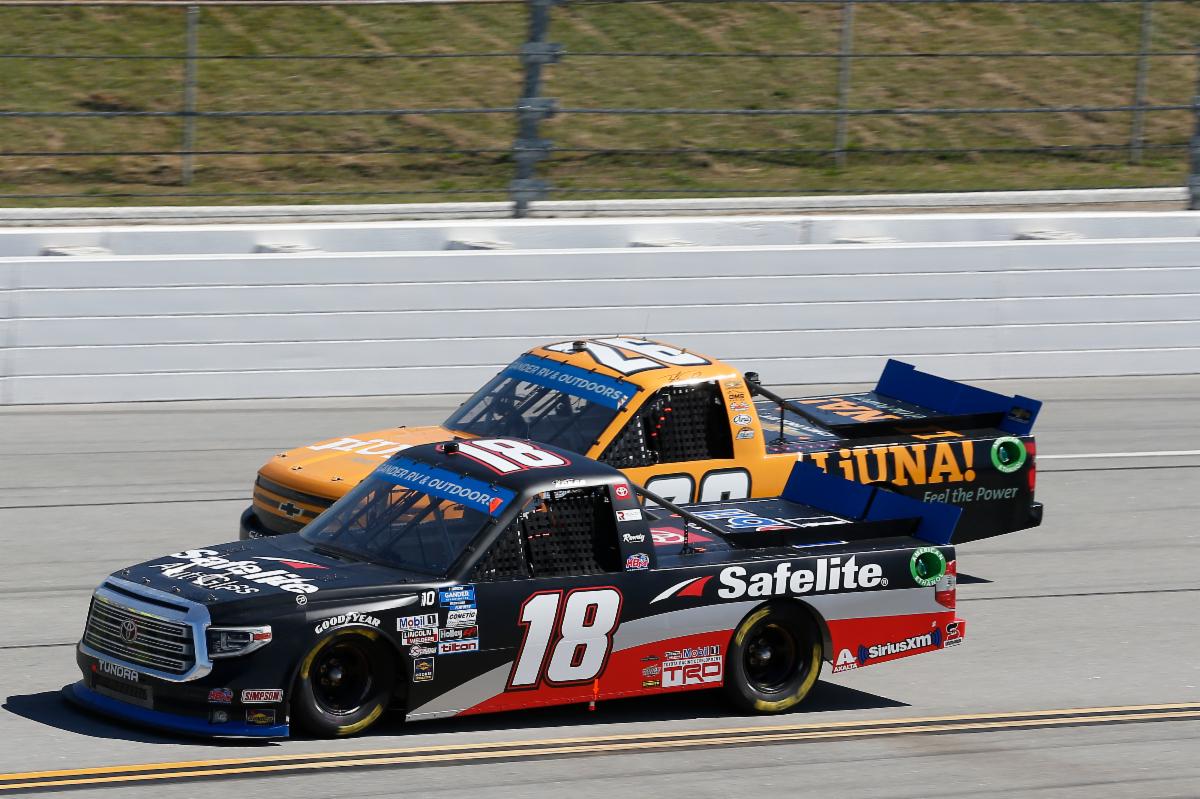 Christian Eckes got caught up in a final-lap accident and ended Saturday’s NASCAR Gander RV & Outdoors series race at Talladega Superspeedway with a disappointing 18th-place finish. Eckes finished the Round of 10 in the ninth position on the Playoff Grid, eight points behind the cutoff line for advancing to the Round of 8.

Tough finish with the last lap contact. What happened from your perspective?

“I just came up short. Sucks that we are not going to be able to move on to round two, but in the same aspect my Safelite Toyota team tried hard. We did all we could. We made some mistakes on the day like the pit road penalty and some other things, but we will move on to the last four races and give the Playoff guys all we have.”

What are your goals for the last four races?

“Just to win. We don’t have any championship hopes on the line, unfortunately, anymore, but in the same aspect, there is still plenty of team goals to achieve. We will do the best we can. I wish we did a little bit better in the first two races of this round to separate us, but that’s 2020 and we will move on to the next four.”

Eckes finishes the Round of 10 in the ninth position and will not advance to the Round of 8. He finished the round eight points behind the cutoff line for advancing.

Eckes will be back behind the wheel of the No. 18 Safelite Tundra when the NASCAR Gander RV & Outdoors Truck Series resumes action on Saturday, Oct. 17 at Kansas Speedway. Live coverage of the Clean Harbors 200 will be on FOX Motor Racing Network and SiriusXM at 4 p.m. ET.