Eventful Night Ends with a 23rd-Place Finish for Gragson and No. 18 Safelite AutoGlass® Team 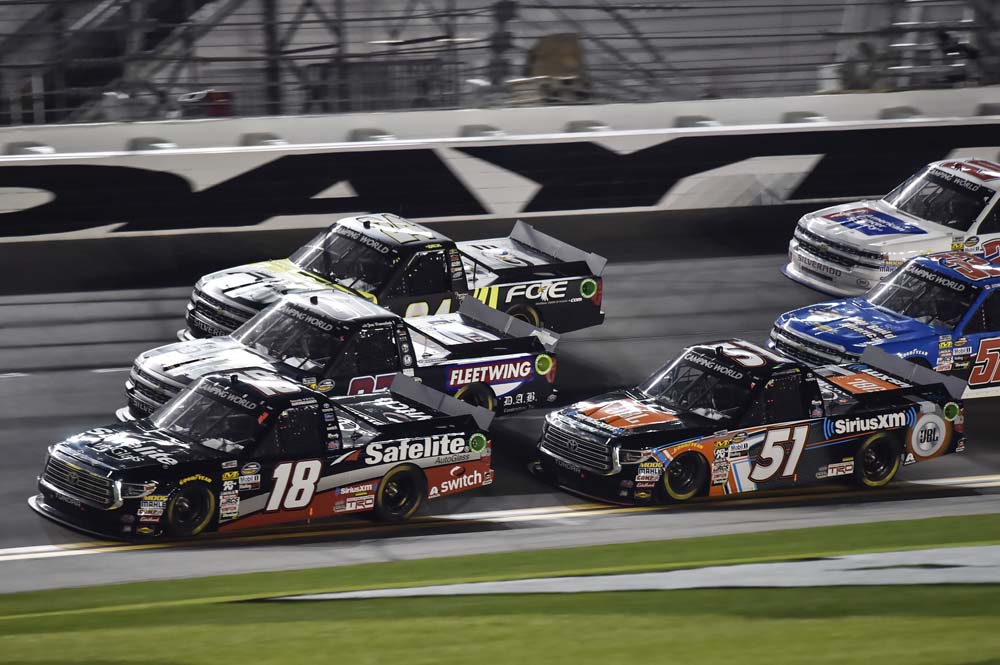 Noah Gragson and the No. 18 Safelite AutoGlass® team had an eventful start to their 2018 season at Daytona (Fla.) International Speedway on Friday night. After qualifying fifth for the NASCAR Camping World Truck Series NextEra Energy Resources 250 they were able to lead one lap before getting collected in two different accidents just past the halfway mark and ultimately ended the night in the garage with a disappointing 23rd-place finish. 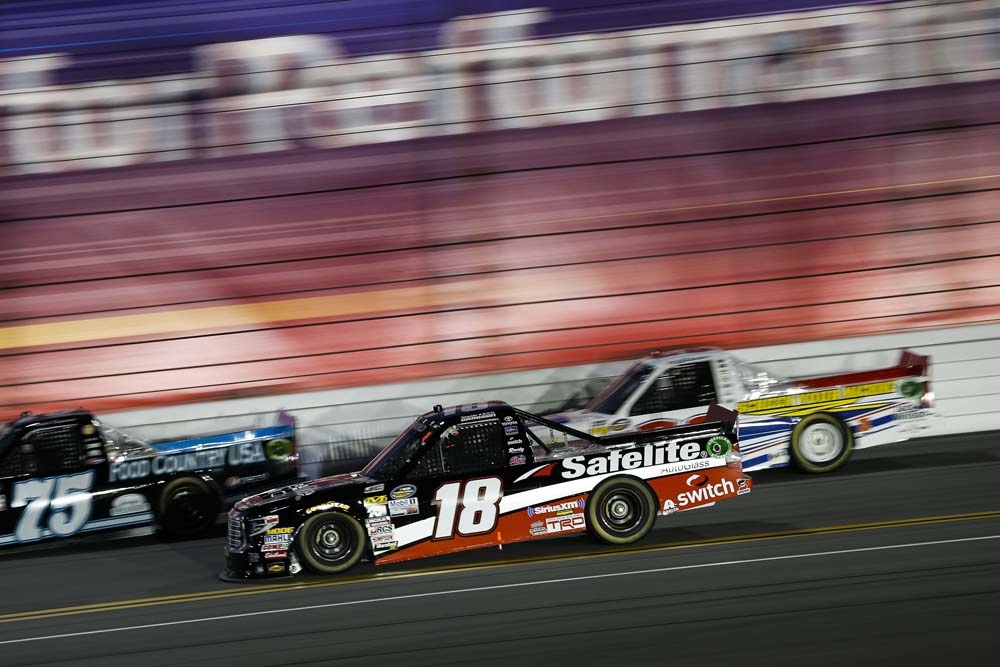 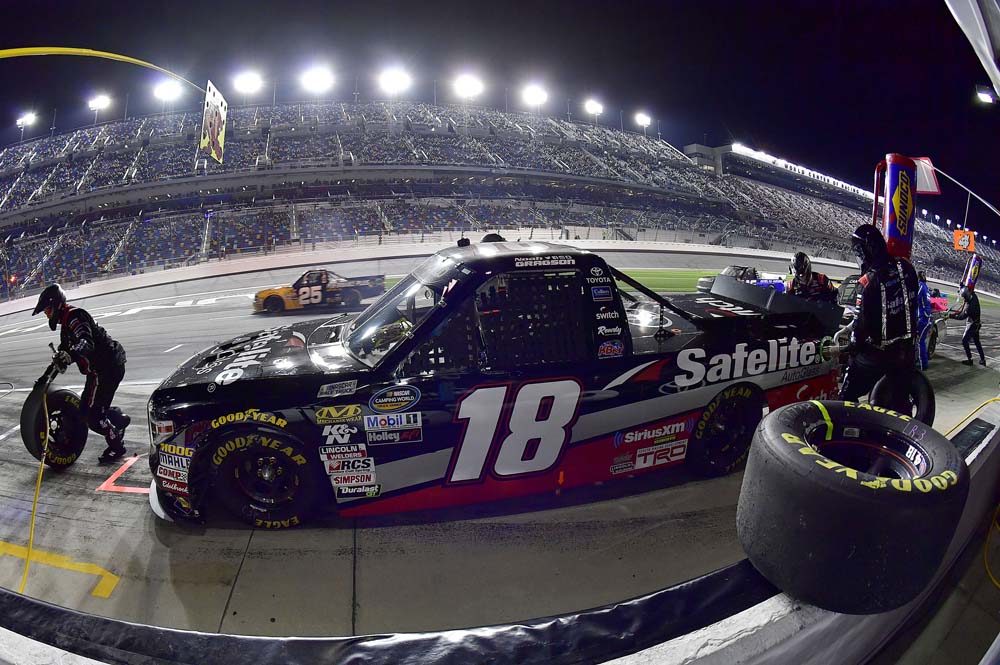 “In Daytona, a lot of the luck is not in the drivers’ hands — it is what it is. We qualified really good — Rudy Fugle and the guys on this No. 18 team built a really fast Safelite AutoGlass/Switch Toyota Tundra during the offseason. I’m thankful for the opportunity to be driving for this team. This is not the way we wanted to start our season, but we can go to Atlanta next week with our heads held high that we had a lot of speed and I’m confident that we’ll have speed again next weekend in our first mile-and-a-half race of the year.”

Gragson leaves race one of the 2018 season ranked 24th in the championship standings.

Gragson will be behind the wheel of the No. 18 Safelite AutoGlass Tundra when the Truck Series resumes action Feb. 25 at Atlanta Motor Speedway in Hampton, Ga. Live coverage of the Active Pest Control 200 begins at 4:30 p.m. ET on FS1.