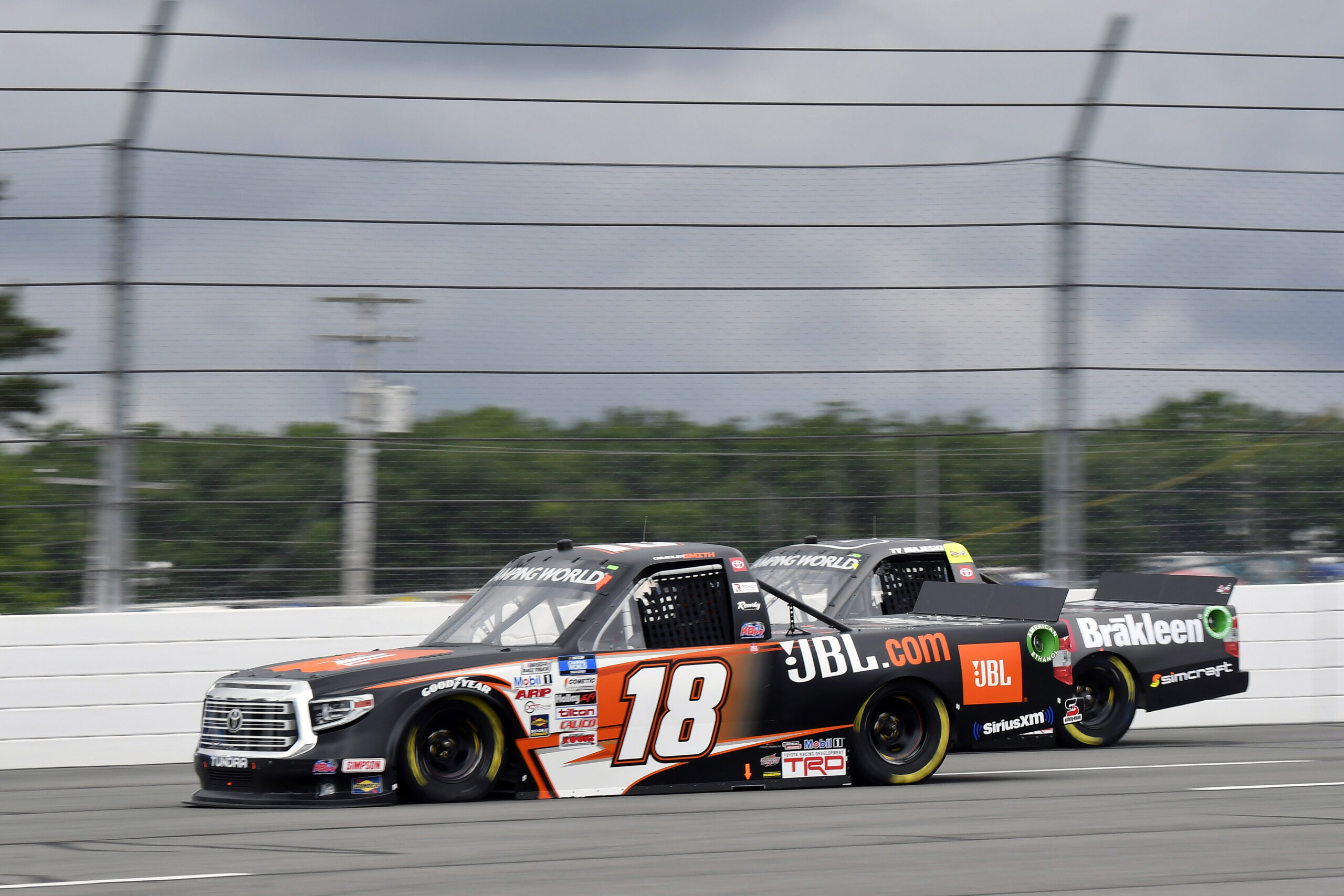 Chandler Smith had a fast JBL Tundra in the early stages of Saturday’s NASCAR Camping World Truck Series event at Pocono Raceway, but a series of setbacks in the second half of the 60-lap event left him with a disappointing 25th-place finish.

Smith finished fifth in the opening stanza and was running sixth in Stage Two when he was called to pit road on Lap 27 for a scheduled stop in an effort to gain track position for the Final Stage. The over-the-wall crew had trouble getting a tire off the JBL Tundra and shortly after returning to the track would go a lap down.

After getting the Lucky Dog early in the Final Stage, a flat right-front tire forced Smith to pit road under green flag conditions and put him back a lap down. The 19-year-old driver would end up finishing 25th.

“We had a really fast JBL Tundra early in the race and I thought we’d be there at the end of the race battling it out for the win with our teammates, but just like most of this year things didn’t go our way. Doesn’t seem like we can catch a break. Fortunately, we got some points in the first stage and the 13 had a bad day, so we were able to gain a little ground on him for that last spot in the playoffs. I feel like if we can get into the playoffs, we have the speed to make some noise if we can just get a little luck to go our way.”

Smith and the No. 18 team maintained the 11th position in the Camping World Truck Series championship standings. With Grant Enfinger in the eighth spot not being playoff eligible, Smith now sits 31 points ahead of Johnny Sauter for the 10th and final playoff spot with just two races remaining in the regular season.

Smith will be back behind the wheel of the No. 18 JBL Tundra when the NASCAR Camping World Truck Series resumes action Friday July 9 at Knoxville (Iowa) Raceway. Live coverage of the Corn Belt 150 will be on FS1, Motor Racing Network and SiriusXM at 9 p.m. ET.