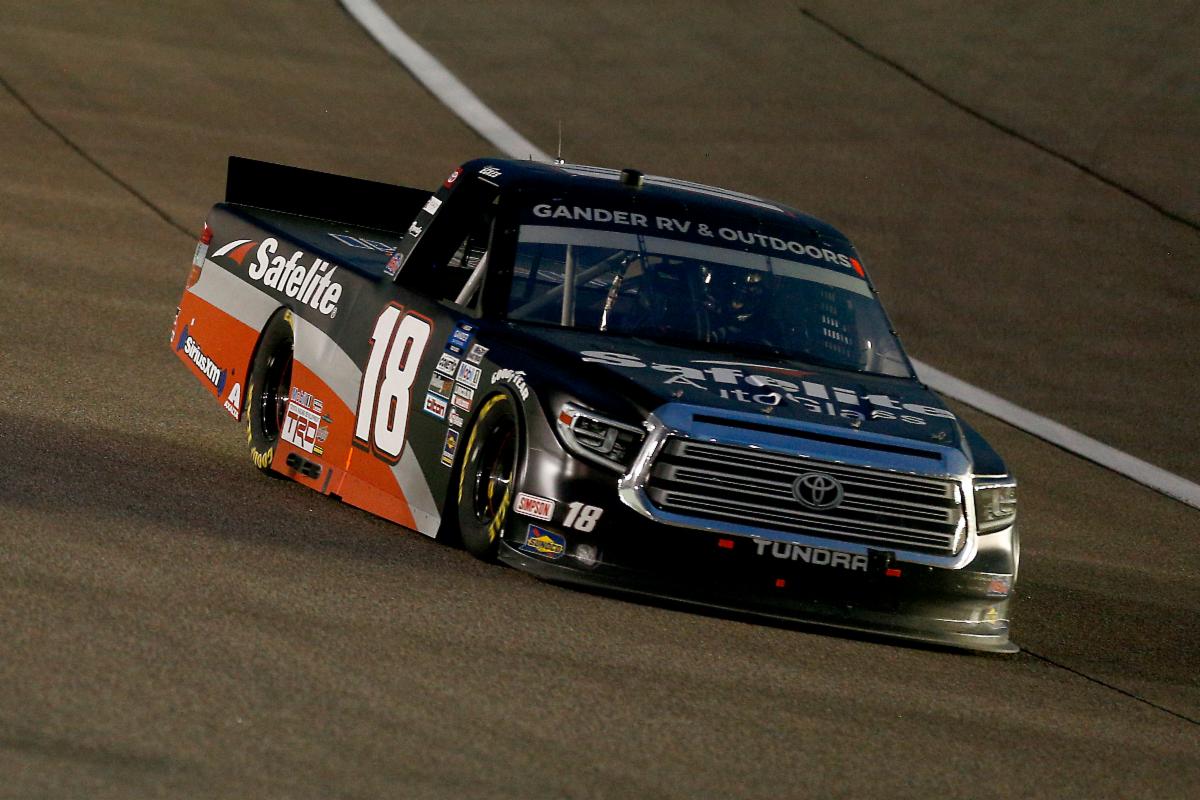 Christian Eckes put together another solid outing in Saturday night’s NASCAR Gander RV & Outdoors Truck Series Baptist Health 200 at Homestead-Miami Speedway. The Sunoco Rookie of the Year contender finished seventh in Stage One, fourth in Stage Two and in the Final Stage led three times for 17 laps before ending the night in the eighth position. His second consecutive top-10 finish helped Eckes move up four positions to second in the Gander Trucks driver’s point standings, 44 behind points leader Austin Hill with five races complete in the regular season.

You had a great race and looked like perfect pit strategy. Talk about your race as a whole.

“The Safelite Tundra was really, really good on long runs. It wasn’t in the beginning, but we made really good adjustments and we were able to get it to that point. We had really good pit strategy, but it kind of just didn’t work out in the end. It got too tight on me, and just kind of got pushed around on the restart, but overall it was a good day. The truck is kind of in one piece, so we will move on to Pocono and hopefully be a couple spots better there.”

Next Race:  Eckes will be back behind the wheel of the No. 18 Safelite Tundra when the NASCAR Gander RV & Outdoors Truck Series resumes action June 27 at Pocono (Pa.) Raceway. Live coverage of the Pocono Organics 150 begins Saturday at 12:30 p.m. ET on FS1.