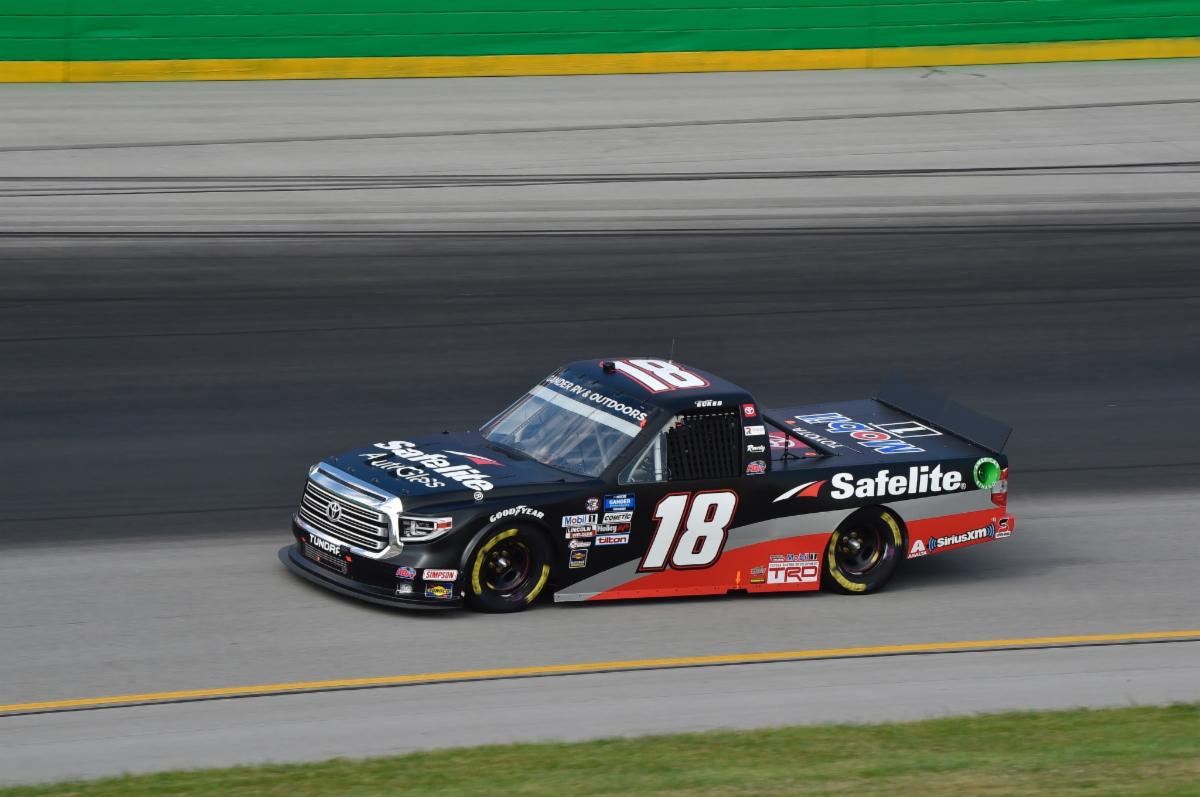 Christian Eckes had a fast Safelite Tundra in Saturday evening’s Buckle Up In Your Truck 225 at Kentucky Speedway, but found it tough to pass on the one-groove racetrack. Eckes was scored in the sixth position when lightning red-flagged the event shortly after the completion of Stage Two. Heavy rains began to fall shortly after the lightning delay, and once the track was deemed to be lost, NASCAR deemed the race official since two stages had been completed.

“Finished in the sixth position today. I felt like we had a Tundra that could have contended for the win today. Just wish we could have fired back off. I don’t think I’ve ever been that excited to get back in my truck. Just unfortunately Mother Nature wasn’t agreeing with us. It was a good day and something we can definitely build on. We were able to minimize mistakes. The whole Safelite team did a great job and brought me a great truck. We’ll move on to Texas and it’s going to be a challenging one with the boss there, but hopefully we can go and get a win there.”

Eckes, the rookie of the year candidate, gained two positions to fourth in the championship standings and after seven events sits 71 tallies behind points leader Austin Hill. Eckes currently sits fifth on the 10-driver Gander Trucks playoff grid with regulars Grant Enfinger and Sheldon Creed having picked up victories this season.

Eckes will be back behind the wheel of the No. 18 Safelite Tundra when the NASCAR Gander RV & Outdoors Truck Series resumes action July 18 at Texas Motor Speedway in Fort Worth. Live coverage of the Vankor 350 begins Saturday at 8 p.m. ET on FS1.