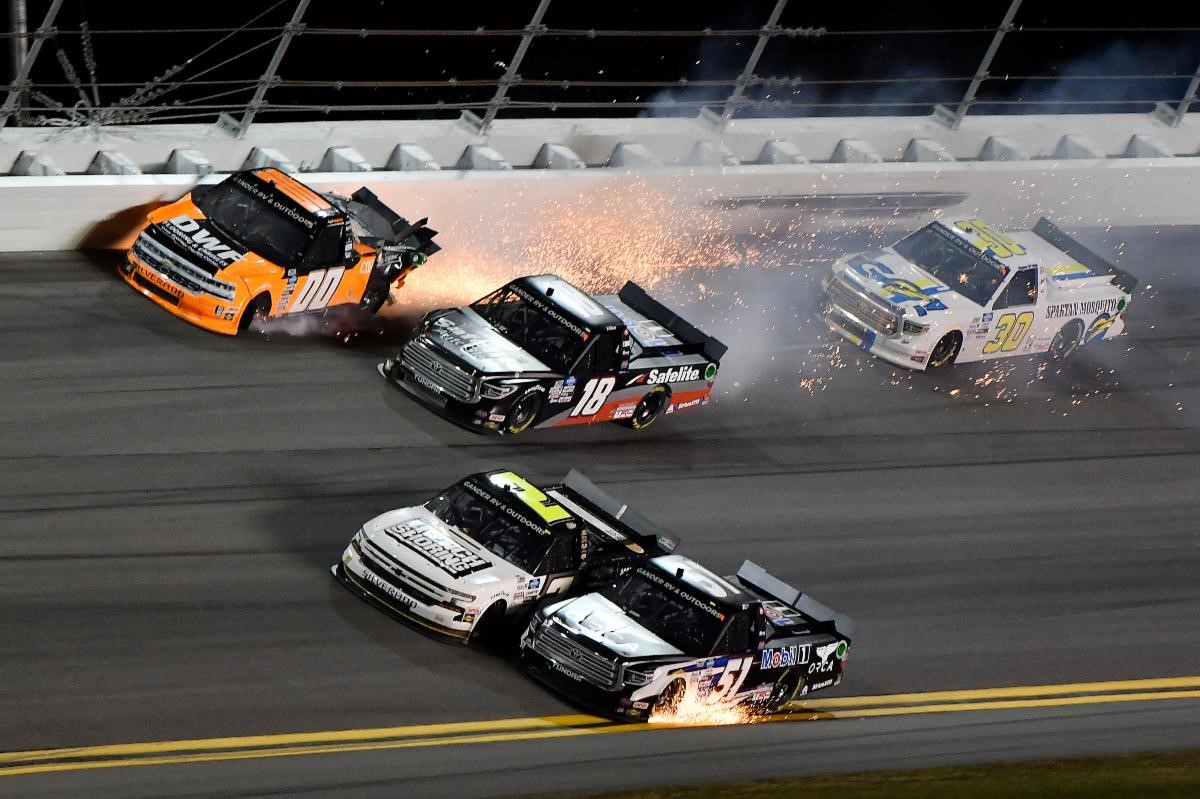 Christian Eckes qualified third and showed that he had a fast Safelite AutoGlass Tundra in the early stages of the season-opening NextEra Energy Resources 250 at Daytona International Speedway, before experiencing an eventful Final Stage. After being penalized for driving through too many pit boxes on lap 42, the rookie of the year contender got caught up in two accidents that required multiple trips down pit road for repairs and forced him to limp a battered Toyota to a 22nd-place finish.

“The Safelite AutoGlass Tundra was really, really fast. Got in that early crash early in the Final Stage and then kind of just rode around in the back until the point where we thought we could go. Even with the damage to the truck, it was fast enough to go up and get to the lead pack — I think we made it back to the top six or seven – and then the big one happened and we limped home 22nd.”

After one event, Eckes ranks 16th in the Gander Trucks championship standings.

Eckes will be back behind the wheel of the No. 18 Safelite Tundra when the NASCAR Gander RV & Outdoors Truck Series resumes action Feb. 21 at Las Vegas (Nev.) Motor Speedway. Live coverage of the Strat 200 begins Friday at 9 p.m. ET on FS1.