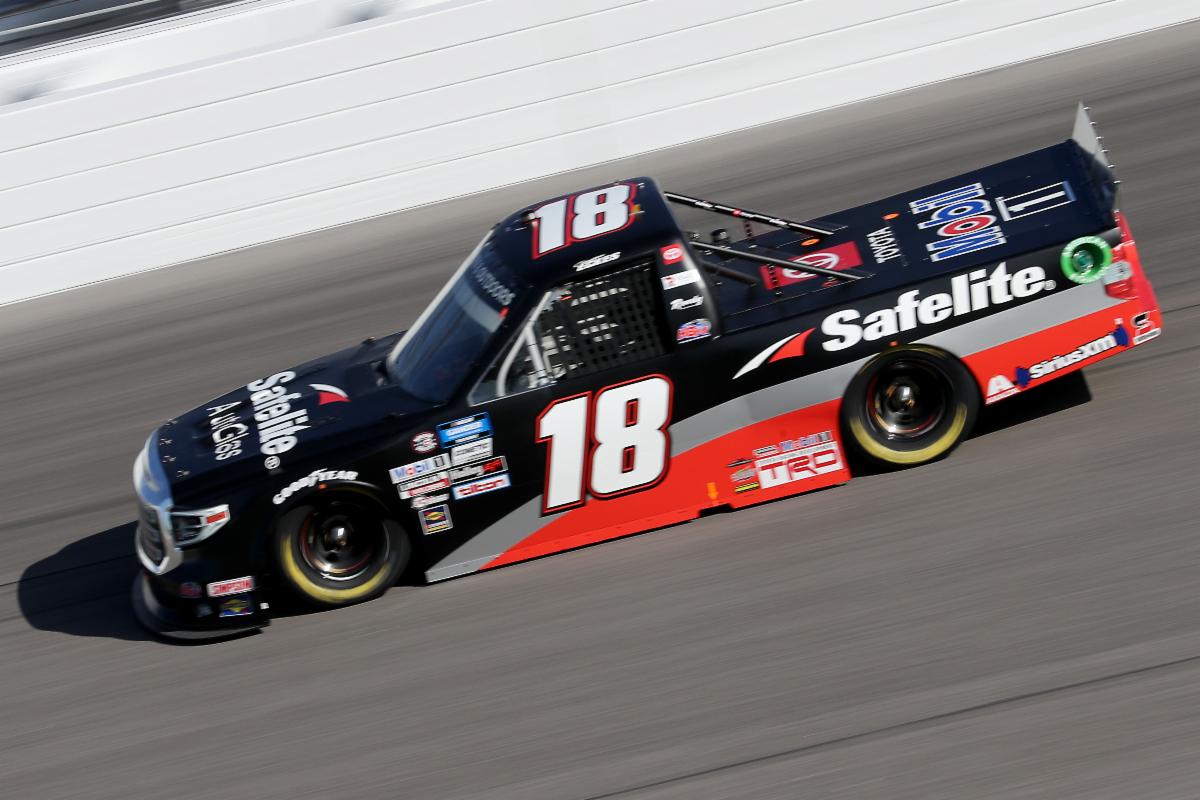 Christian Eckes battled a loose-handling Safelite Tundra to a 13th-place finish in the first race of a doubleheader weekend at Kansas Speedway. Eckes started from the pole, and led three times for 10 laps. With a 15-truck invert based on tonight’s results for tomorrow’s event, the No. 18 team will line up third for tomorrow’s 134-lap event at 1:30 p.m. ET.

“Yeah – that was a rough race. Our Safelite Tundra never got along with us all night. I struggled with the handling. We tried. We did a good job with strategy trying to get track position. We could not hold on to it. It was way too loose to really do anything. A lot of people fought that. I feel like all of our trucks really didn’t do well tonight. Rudy and the guys are trying to get it tuned up for tomorrow. I am going to go back to the lab and try to figure out what we can do better. Overall, just not a good race and looking for a turn-around tomorrow.”

Eckes, the rookie of the year candidate, remained fourth in the championship standings and after nine events sits 59 tallies behind points leader Austin Hill. Eckes currently sits fifth on the 10-driver Gander Trucks playoff grid with regulars Grant Enfinger and Sheldon Creed having picked up victories this season and being locked into the playoffs.

Eckes will be back behind the wheel of the No. 18 Safelite Tundra when the NASCAR Gander RV & Outdoors Truck Series resumes action tomorrow, July 25, at Kansas Speedway for the second race of an unprecedented doubleheader event. Live coverage of tomorrow’s race begins at 1:30 p.m. ET on FS1, Motor Racing Network and SiriusXM. Based on a 15-truck inversion from tonight’s results, Eckes will start third in tomorrow’s event.