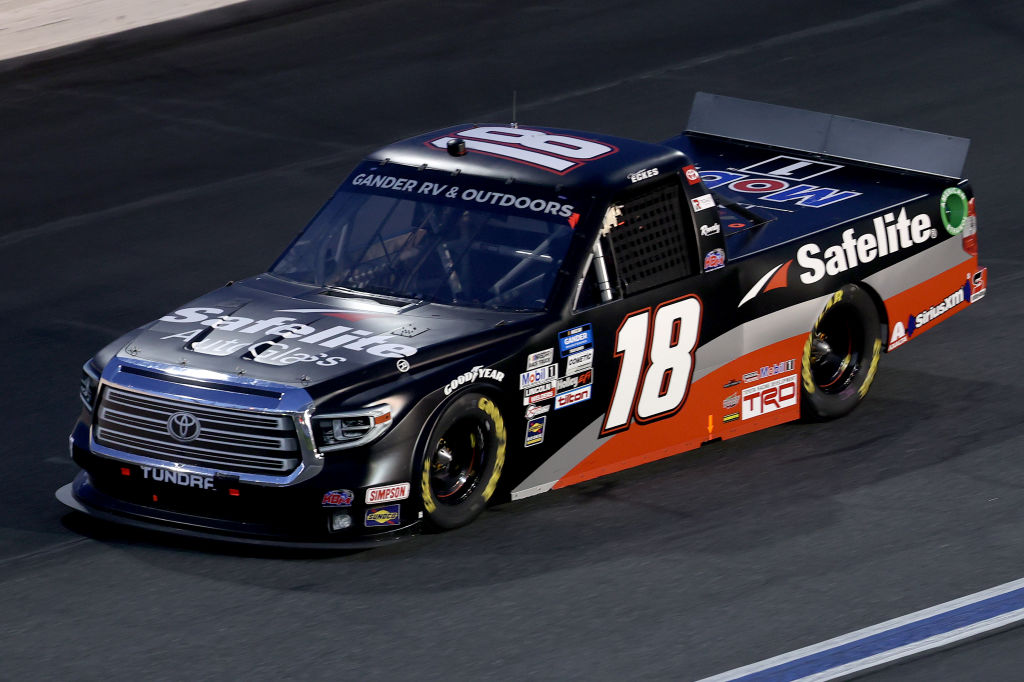 The NASCAR Gander RV & Outdoors Truck Series returned to action Tuesday night at Charlotte Motor Speedway. The field was set by a random draw in tiers based on 2019 Gander Trucks owner’s points, with Christian Eckes starting sixth. Eckes battled handling issues throughout the 134-lap event and would bring the Safelite Tundra home in the 14th position.

“Rough race for sure. P14 in the Safelite Tundra. Could never really get a handle on our truck for whatever reason. I wasn’t great either – I had some moments here and there. Overall, our performance was down, and we weren’t at our best tonight. There’s a lot to be learned and a lot of things we can do and lots of things to improve on. Looking forward to Atlanta and so is the team to turn the season around.”

Eckes will be back behind the wheel of the No. 18 Safelite Tundra when the NASCAR Gander RV & Outdoors Truck Series resumes action June 6 at Atlanta (Ga.) Motor Speedway. Live coverage of the Vet Tix/Camping World 200 begins Saturday at 1 p.m. ET on FS1.