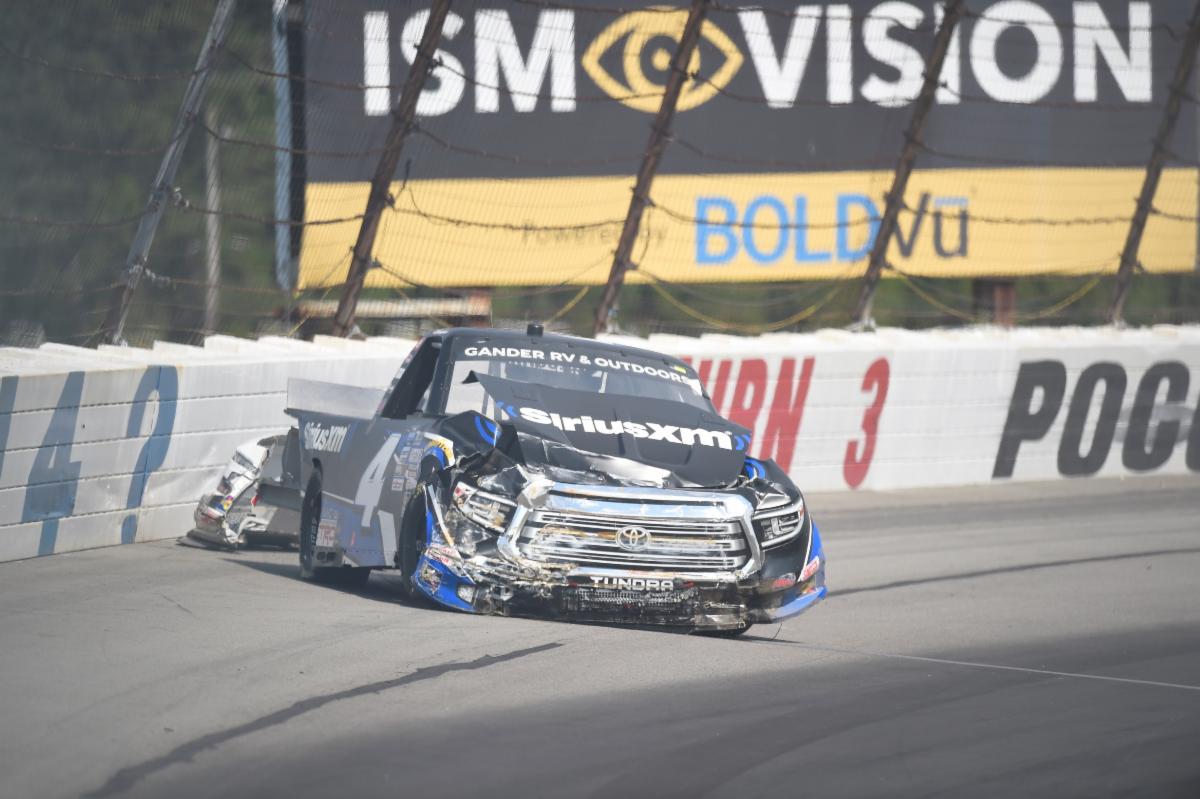 Raphael Lessard was relegated to a 37th-place finish in the Pocono Organics 150 to Benefit Farm Aid at Pocono (Pa.) Raceway after being involved in an incident on Lap 5. The No. 4 SiriusXM Tundra started the race in the 14th position.

After your best finish of the season at the last race, this one ends early. What did you see?

“Well, I tried to go on the inside of the 24 (Chase Purdy). He was kind of slow and just, he kind of plugged me a little bit and then I just kind of fenced it. I’m not sure what happened. I think I got hooked on the right rear. It is what it is. It’s part of it (replay shown on screen) – oh I hit the grass. That’s what happened. Well, it sucks. My mistake. You got to learn from it. Just got to thank everyone at Kyle Busch Motorsports, Toyota, SiriusXM and Canac. It’s not what we wanted. We just have to move on and focus on the next one.”

Lessard will be back behind the wheel of the No. 4 Tundra when the NASCAR Gander RV & Outdoors Truck Series resumes action July 11 at Kentucky Speedway. Live coverage of the Buckle Up In Your Truck 225 begins Saturday, July 11 at 6 p.m. ET on FS1, Motor Racing Network, and SiriusXM.