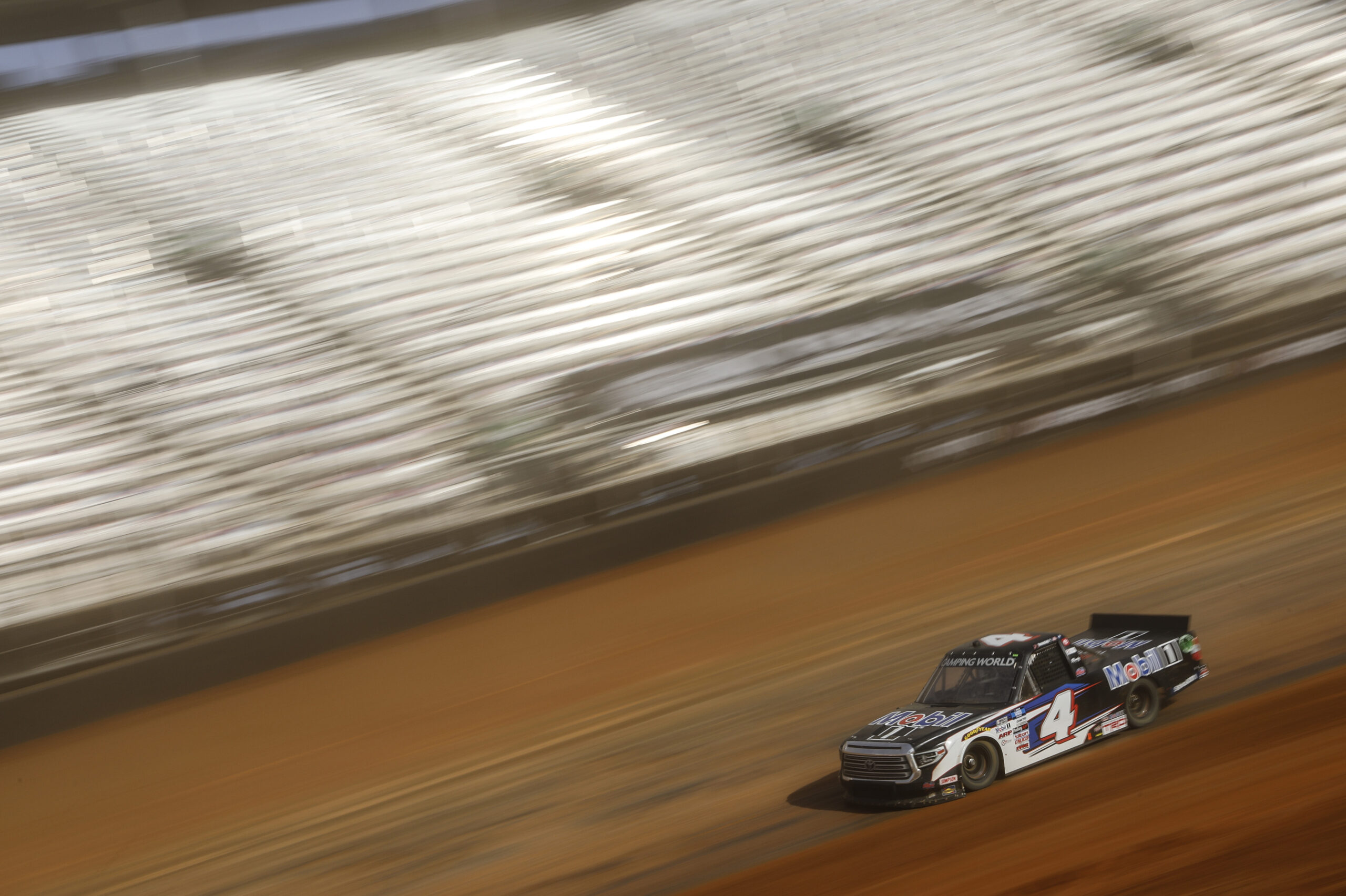 John Hunter Nemechek was relegated to a 39th-place finish on the dirt at Bristol Motor Speedway due to another competitor making contact with the nose of the No. 4 Mobil 1 Tundra after he spun at the front of the field on lap 48. Prior to spinning, Nemechek was running in fifth position.

John Hunter Nemechek, driver of the No. 4 Mobil 1 Tundra for Kyle Busch Motorsports

What exactly happened there?

“I don’t know. Matt (Crafton) just flat-out ran over me, so that one will be in the memory bank, but we were fine. We didn’t hit anything and then towards the end of that whole deal, the 19 (Derek Kraus) – I guess him and his spotter both need a set of glasses, so I will have those for them at Richmond.”

After four races, Nemechek and the No. 4 team continue to lead in the Camping World Trucks points standings by six points over Ben Rhodes.

Nemechek will be back behind the wheel of the No. 4 Tundra when the NASCAR Camping World Truck Series resumes action on Saturday, April 17 at Richmond (Va.) Raceway. Live coverage will be on FS1, Motor Racing Network and SiriusXM at 1:30 p.m. ET.