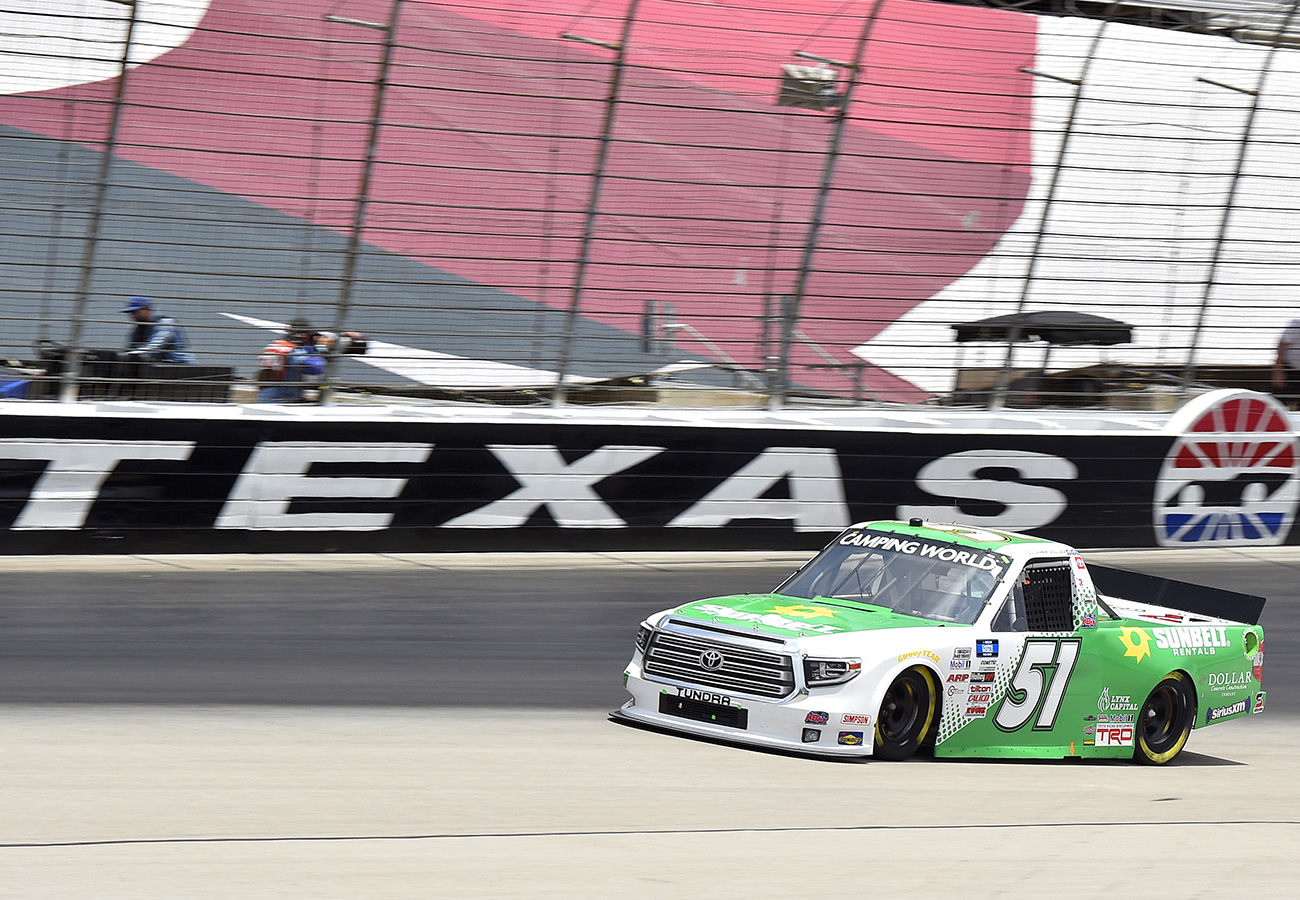 Drew Dollar was relegated to a 33rd-place finish in the SpeedyCash.com 220 at Texas Motor Speedway due to getting loose below another competitor in turns one and two and hitting the outside wall with his Sunbelt Rentals Tundra.

Dollar returns to the No. 51 on Friday, June 18 at Nashville Superspeedway.

After 11 races, the No. 51 team sits fourth in the owner’s championship standings, 112 points behind the No. 4 team.

The No. 51 returns to the track with Dollar when the NASCAR Camping World Truck Series resumes action on Friday, June 18 at Nashville Superspeedway. Live coverage will be on FS1, Motor Racing Network and SiriusXM at 8 p.m. ET.