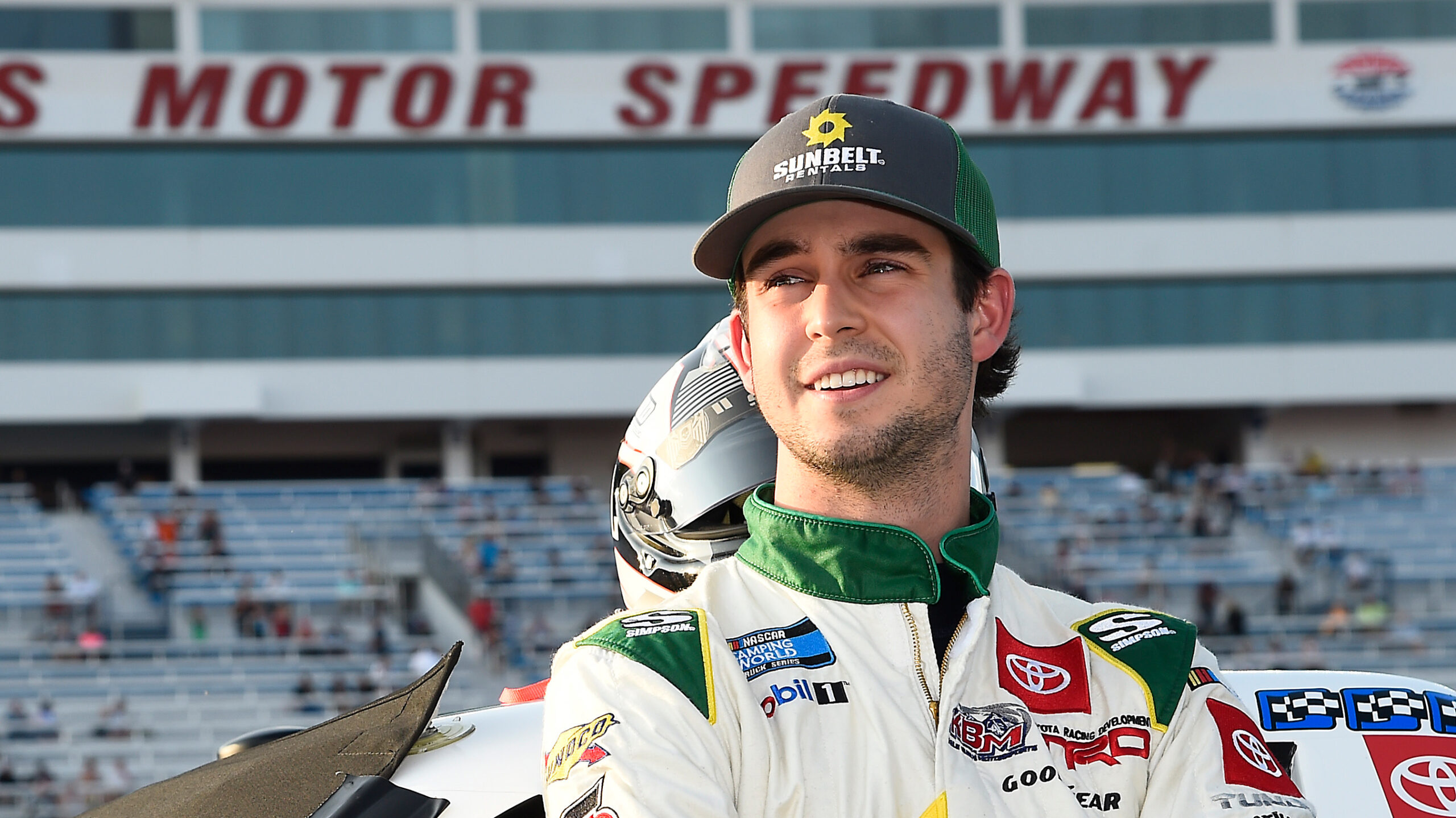 MOORESVILLE, N.C. (Feb. 11, 2022) – Kyle Busch Motorsports (KBM) announced today that Drew Dollar, who competed in eight NASCAR Camping World Truck Series events for the team in 2021, will return to the organization in 2022 for four races behind the wheel of the No. 18 Toyota Camry in the ARCA Menards Series. Dollar will team with Sammy Smith, who will compete in the other 16 events, as KBM tries to bring home the ARCA Menards Series owner’s championship in its inaugural season.

Dollar will have support from Lynx Capital and Dollar Concrete, who were the primary partners on his entry when he won at Talladega (Ala.) Superspeedway in 2020. Across 34 starts in the ARCA Menards Series, Dollar has earned one victory, 10 top-5s, and 24 top-10s, with an average finish of 8.2.

“I’m really excited to return to the ARCA Menards Series this year with the Kyle Busch Motorsports team and Lynx Capital,” said Dollar. “I know that we will bring some strong Toyota’s to the track, and hopefully we can put together some good finishes!”

Dollar will be in the No. 18 for the ARCA Menards Series opener at Daytona International Speedway (2/19), as well as at Talladega Superspeedway (4/23), Kansas Speedway (5/14), and Charlotte Motor Speedway (5/27).

Lynx Opportunity Fund I, LP was started in early 2019 by Co-Founders Daniel Hathaway, President of Hathaway Companies, and Andrew Rosenberg, former Partner of Howard Weil. The Fund, backed by an operating team with significant experience in multifamily development, plans to invest in ground-up multifamily developments across the United States with a primary focus on the Southeastern United States. Focus will be placed on “low basis” developments primarily in suburban secondary and tertiary markets—a successful strategy long employed by the Hathaway Companies over the past twenty years. The Fund also aims to target existing stabilized multifamily assets, consisting of Class A and Class B products, which will generally have immediate cash flow and require minimal capital investment.