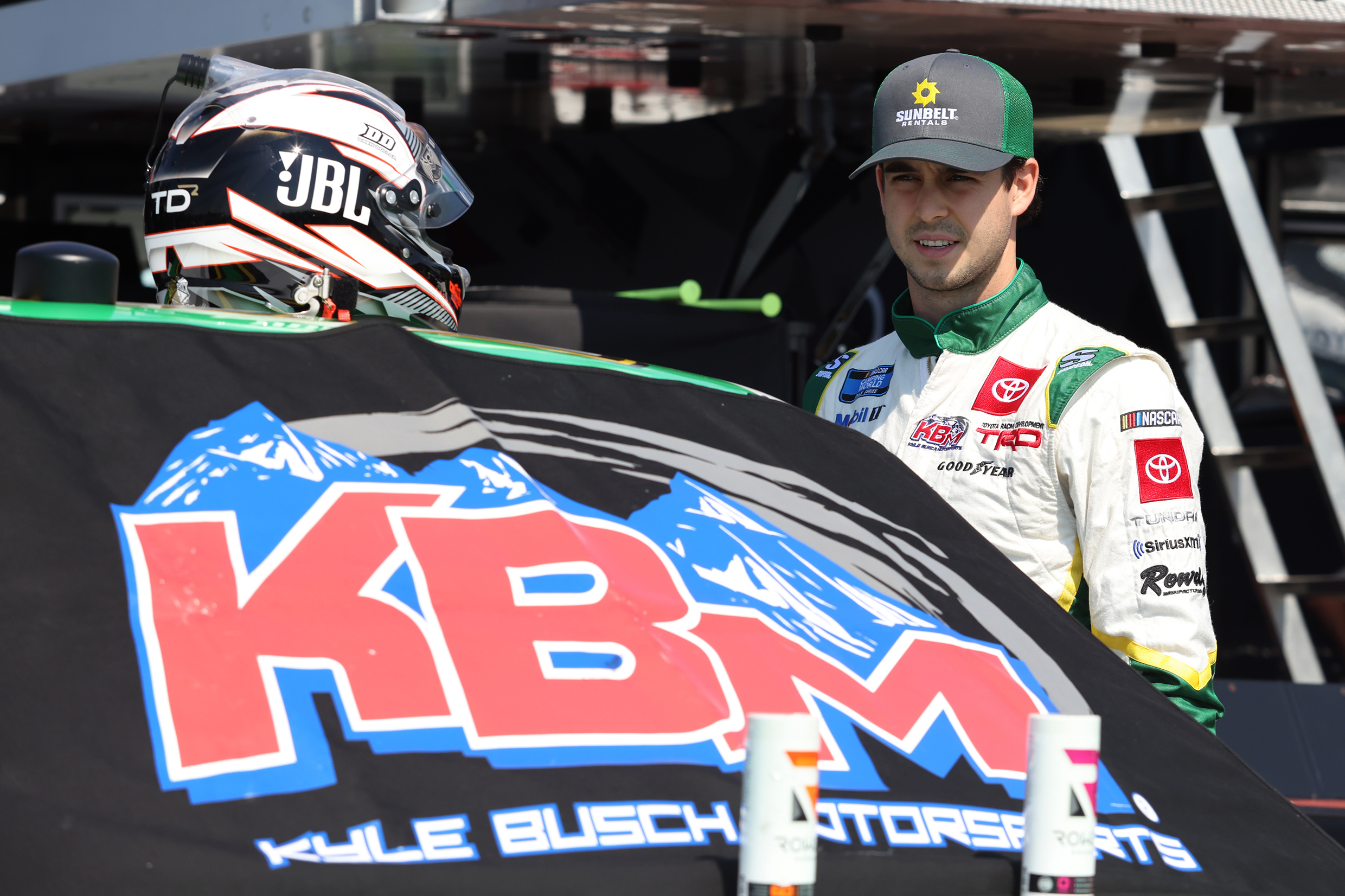 How do you prepare going to a track for the first time?

“A lot of the preparation for Vegas this weekend is coming from the Toyota simulator. I’ve been on that a good bit making a lot of laps and I’ve been watching races from there. It’ll definitely be different going to a new track, but I feel like it’s pretty similar to Kansas which is a track that I really like racing at in my Camry. I think we’ll be able to go to Vegas in the Tundra and have it be similar to Kansas and hopefully be good there.”

How much will you look at the notes your team has from when Kyle (Busch) raced the 51 at Las Vegas earlier this year?

“The KBM team always seem to bring super fast Tundras every time they go to Vegas. I feel like I always watch Tundras go to victory lane in Vegas, so it’ll be my job to do as well as I can, finish all the laps and keep the Tundra up front where it belongs.”

KBM-059: The No. 51 Sunbelt Rentals team will unload KBM-54 for Friday’s race at Las Vegas. KBM owner-driver Kyle Busch has two victories driving this Tundra, including its maiden voyage at Pocono Raceway in Long Pond, Pa. in July of 2018. Rowdy was victorious with it again this year in May at Kansas Speedway. In its most recent outing, KBM-54 finished second with Busch at Pocono in June.