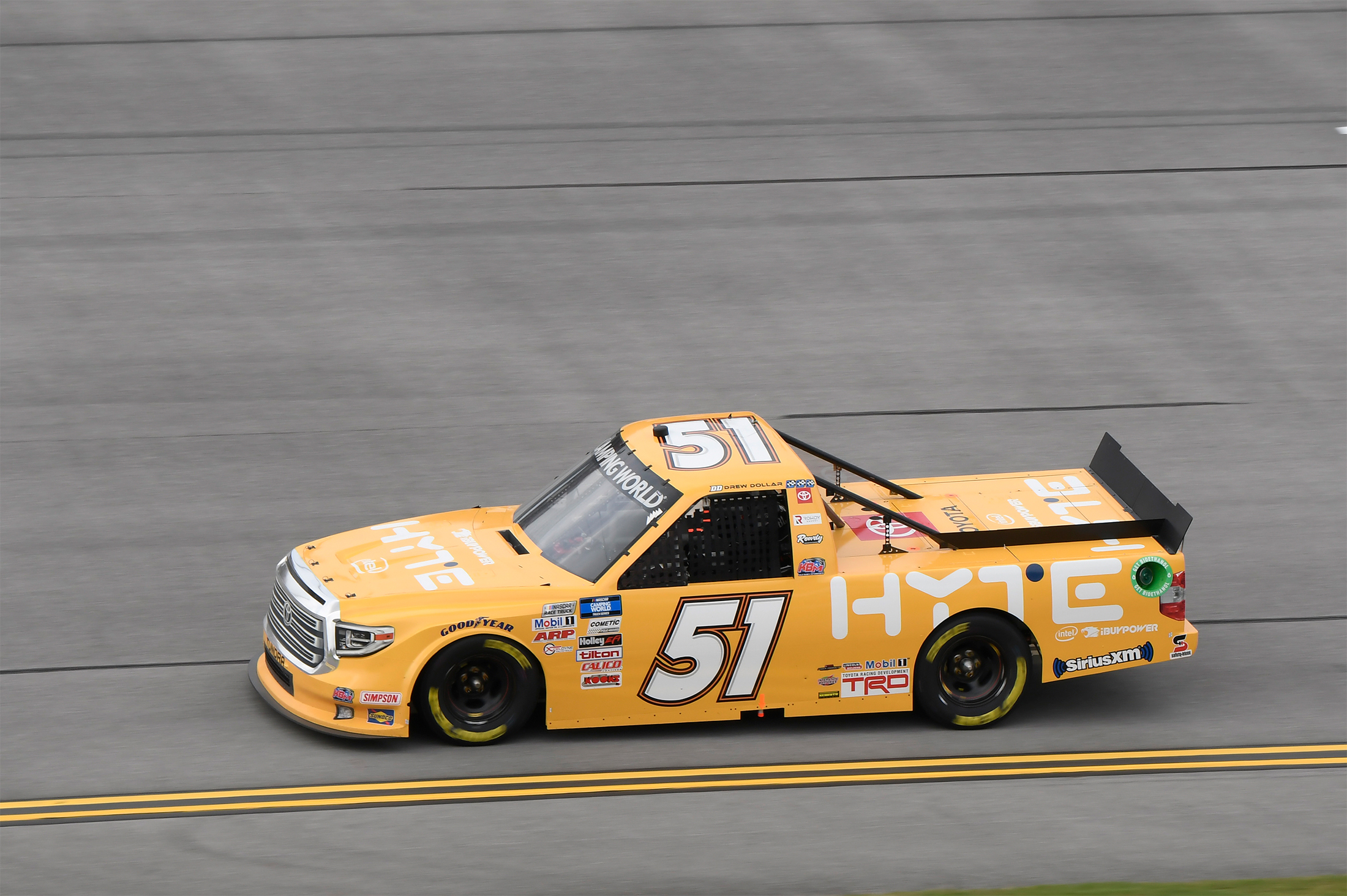 Drew Dollar started Saturday’s NASCAR Camping World Truck Series race at Talladega (Ala.) Superspeedway in 18th but would quickly make his way into the top-10 in the opening stage. Dollar finished seventh in the opening stage and just missed earning more stage points with an 11th-place finish in Stage Two.

Dollar and the No. 51 Tundra got shuffled back into 21st in the final stage before being caught up in a 21-truck incident that would end his day and result in a 35th-place finish.

Dollar will be back behind the wheel of the No. 51 Tundra at Phoenix (Ariz.) Raceway on Nov. 5 for the season finale.

Drew Dollar, driver of the No. 51 HYTE Tundra for KBM

What did you see in that accident?

“We were in the bottom lane and trying to ride it out before we got to the end. I think they wrecked up front and I didn’t see a lane through and we just got caught up in it. We had a really fast HYTE Toyota Tundra. I felt good about it. I felt like we had good speed. We could suck up to pretty much any truck that we needed to, could make the moves that we needed too. Just didn’t make it to the end. That is what we needed; just didn’t get there.”

The No. 51 team was eliminated from the NASCAR Camping World Truck Owner’s Championship after the Round of 10 and currently sits 10th in the standings behind ThorSport Racing No. 98.

Corey Heim will be back behind the wheel of the No. 51 HYTE Toyota Tundra at Martinsville (Va.) Speedway for the final race of the Round of 8 on Oct. 30. Live coverage will be on FS1, Motor Racing Network and SiriusXM at 1 p.m. ET.