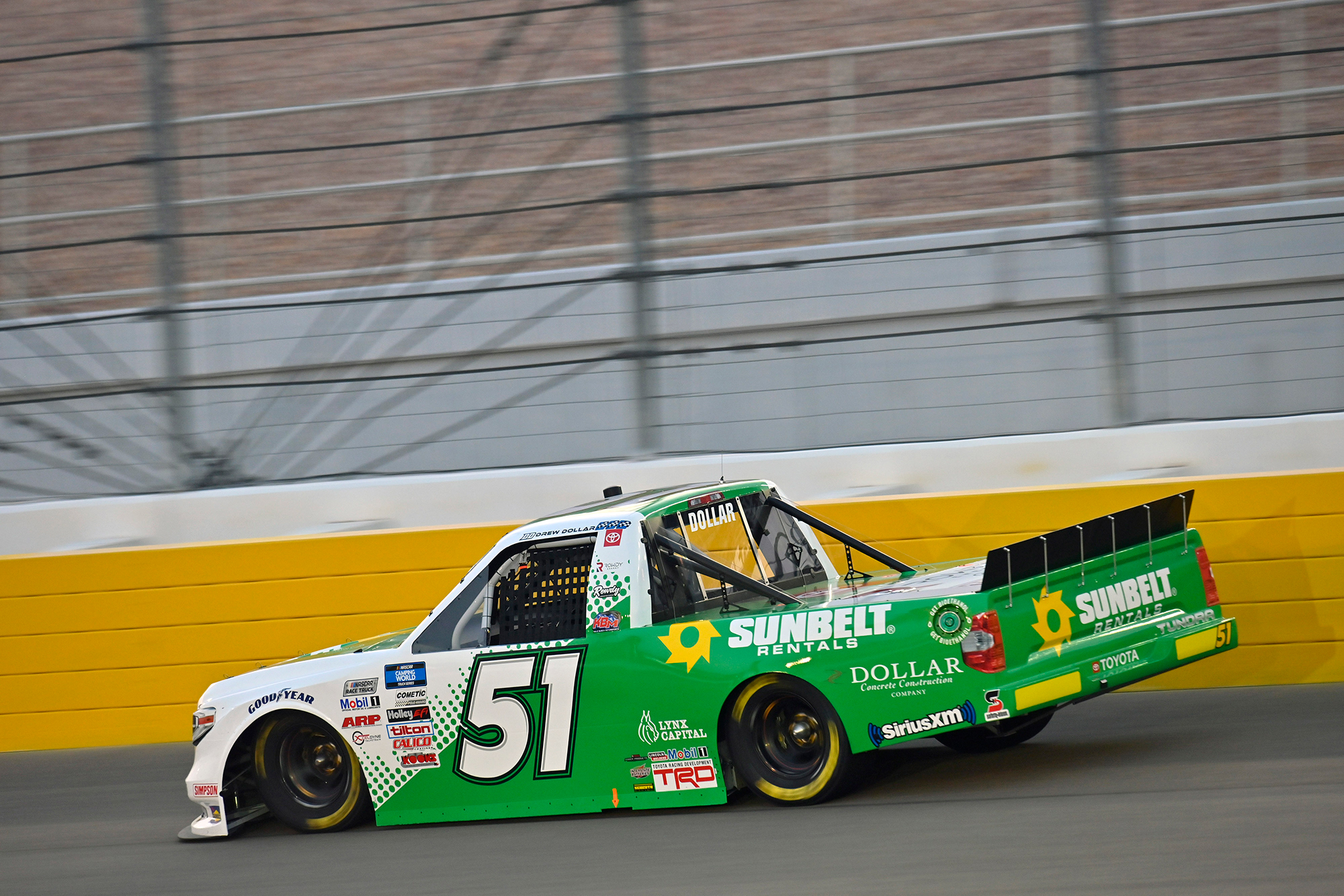 The Sunbelt Rentals driver dealt with handling issues throughout the night as the No. 51 Tundra was reported to be “really tight everywhere”. Dollar would ultimately finish 24th in his LVMS debut.

Drew Dollar will be back behind the wheel of the No. 51 Sunbelt Rentals Tundra at Talladega (Ala.) Superspeedway on Oct. 2nd.

After being elimated in the Round of 10 from the Camping World Truck Series Owner’s Championship, the No. 51 team currently sits 10th in the overall standings.

Drew Dollar will be back behind the wheel of the No. 51 Hyte Tundra at Talladega (Ala.) Superspeedway on Oct. 2nd. Live coverage will be on FS1, Motor Racing Network, and SiriusXM at 1 p.m. ET.