Drew Dollar Finishes 18th in Final Start of the Season 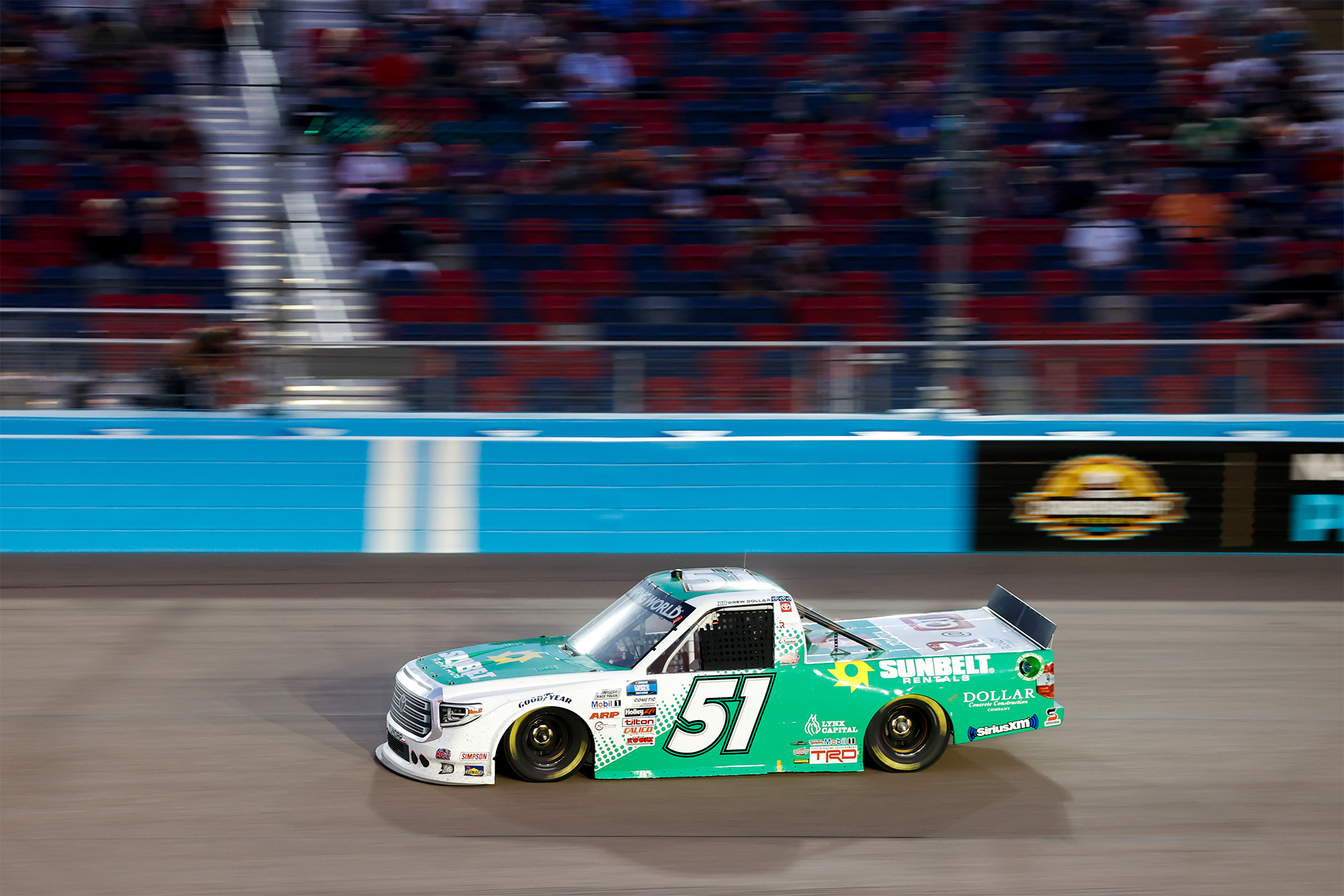 Drew Dollar made his eighth career NASCAR Camping World Truck Series start Friday night at Phoenix Raceway. Throughout his first seven starts of the season, Dollar posted an average finish of 25.7 but capped off the year with an 18th-place finish.

Dollar battled handling issues throughout the opening stage of the Lucas Oil 150 but after making adjustments at the end of stage one, Dollar would begin to make progress throughout the race. The 20-year-old driver made his way up to 16th-position with 40 laps remaining but ultimately finished the race in 18th, tallying his third top-20 of the season.

The No. 51 team was eliminated from the NASCAR Camping World Truck Owner’s Championship after the Round of 10 and finished the season in 10th-place after recording three wins and five stage wins in 2021.