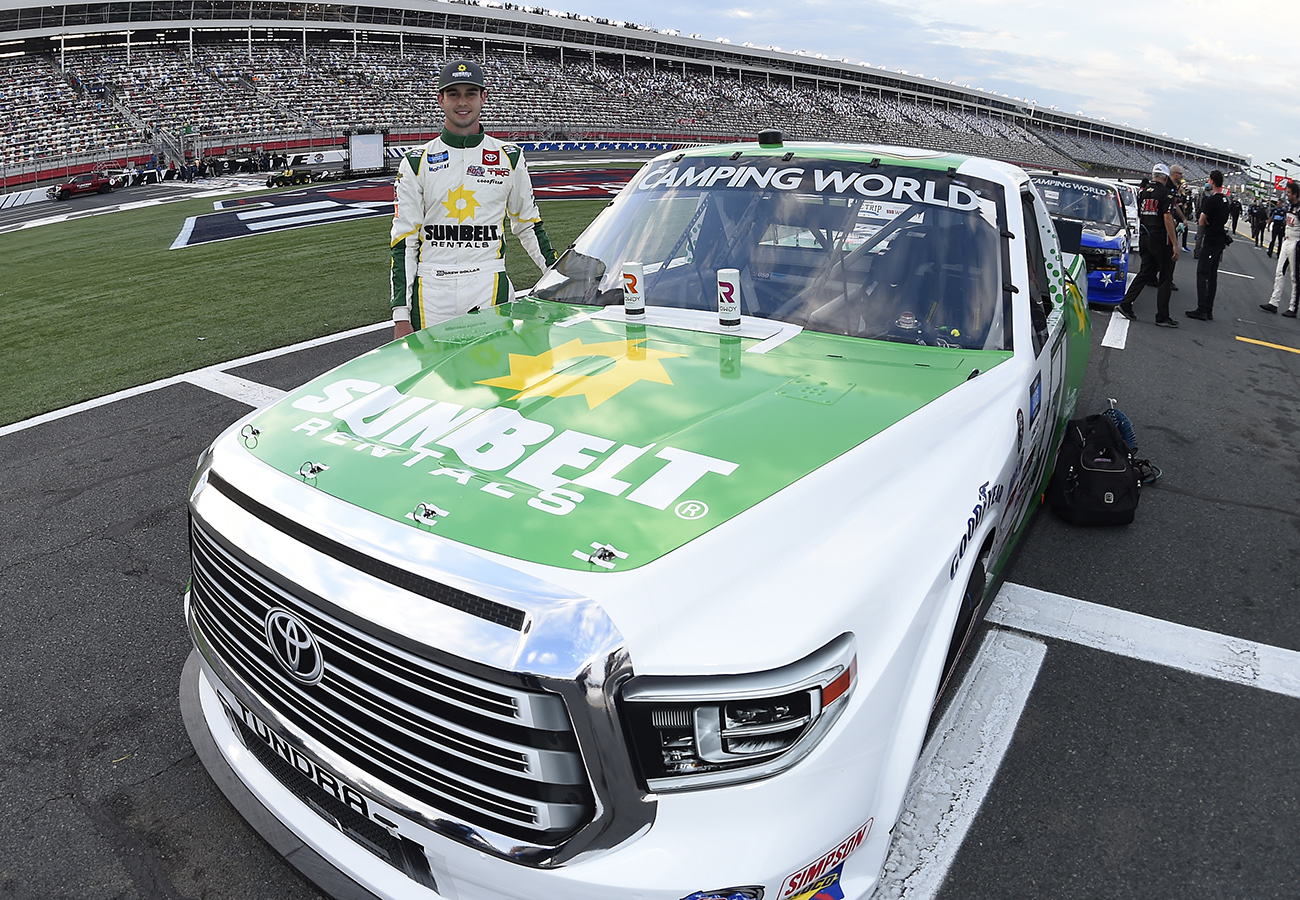 Do you feel like being a new driver and going to a track that most everyone hasn’t been to is an equalizer?

“I think it will be a little bit of an equalizer. For me being a new driver and fresh, nobody will have any notes. We are going to have a 50-minute practice session for everybody to figure it out at the same time. Hopefully I can figure it out. I have a good feeling that our Sunbelt Rentals Toyota Tundra will be good. I know I have to do my job for the team to figure it out as quick as I can and keep it out front.”

Nashville gives out the Gibson guitar trophy. Do you have any trophies that stand out?

“The guitar would definitely be a cool thing to add to the collection. That’s definitely going to be the goal. It’d look really cool sitting in my room, but I’d say the Talladega trophy is probably my favorite trophy that I’ve won. It weighs like 70 or 80 pounds. It’s heavy to move around. It’s a cool size and has the anvil on top that is made of steel and iron. It’s neat and makes a statement. It’s super heavy, but the guitar would look good sitting next to it.”

“There’s a lot of cool country singers I feel like. I don’t know if I want to be a modern day one or one that’s had the peak of their career years ago. That’s a tough one. I feel like Luke Bryan or maybe Jason Aldean would be a cool one right now, but maybe someone like George Strait or Garth Brooks would be cool as well. Someone at the top of the country music scene. I don’t know. That’s a tough question that I’ll have to think about.”

KBM-053: The No. 51 Sunbelt Rentals team will unload KBM-53 for Friday’s race at Nashville. The Tundra has raced twice this season with John Hunter Nemechek, with a best result of third at Atlanta (Ga.) Motor Speedway. KBM-53 has finished inside the top 10 in seven of its eight starts, including runner-up finishes with Christian Eckes at Michigan International Speedway in Brooklyn (2020) and Noah Gragson at Iowa Speedway in Newtown (2018).