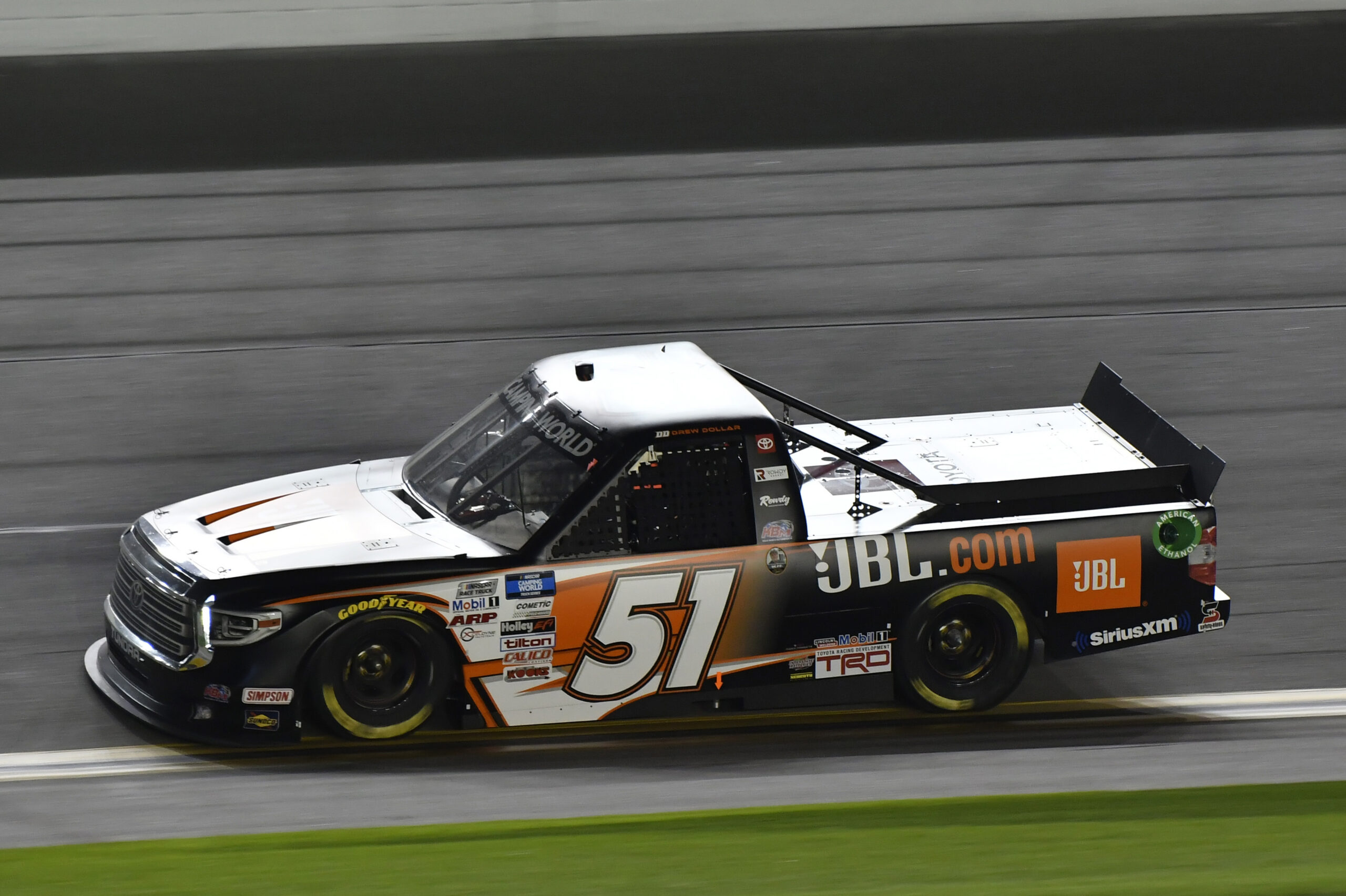 In his maiden NASCAR Camping World Truck Series start, Drew Dollar exited Turn 4 at Daytona International Speedway in the third position on the final lap before getting clipped from behind and getting swept up in a last-lap crash. Despite the incident, the 20-year-old driver brought the JBL Tundra home in the 10th position.

Drew Dollar, driver of the No. 51 JBL Tundra for Kyle Busch Motorsports

Top-10 in your debut. How was your race tonight?

“I think the number one thing is we got another Toyota to Victory Lane, and I feel like I played a little bit of a role in that, so I’m proud of that. We had a really fast Tundra. We were just smart all night. My JBL Tundra was really fast. It drove really well. We had a few times where we got out of shape a little bit but overall, I think we called a good race, and I was in the perfect position. Things just didn’t work out, but I’m looking forward to the rest of the season with Toyota.”

After one race, the No. 51 team sits 12th in the owner’s championship standings just 24 points behind the No. 99 ThorSport Racing entry.

The No. 51 hits the track when the NASCAR Camping World Truck Series resumes action on Friday, Feb. 19, 2021, on the road course at Daytona International Speedway. Live coverage will be on FS1, Motor Racing Network and SiriusXM at 7:30 p.m. ET.