Drew Dollar Back Behind the Wheel of the No. 51 Sunbelt Rentals Toyota Tundra 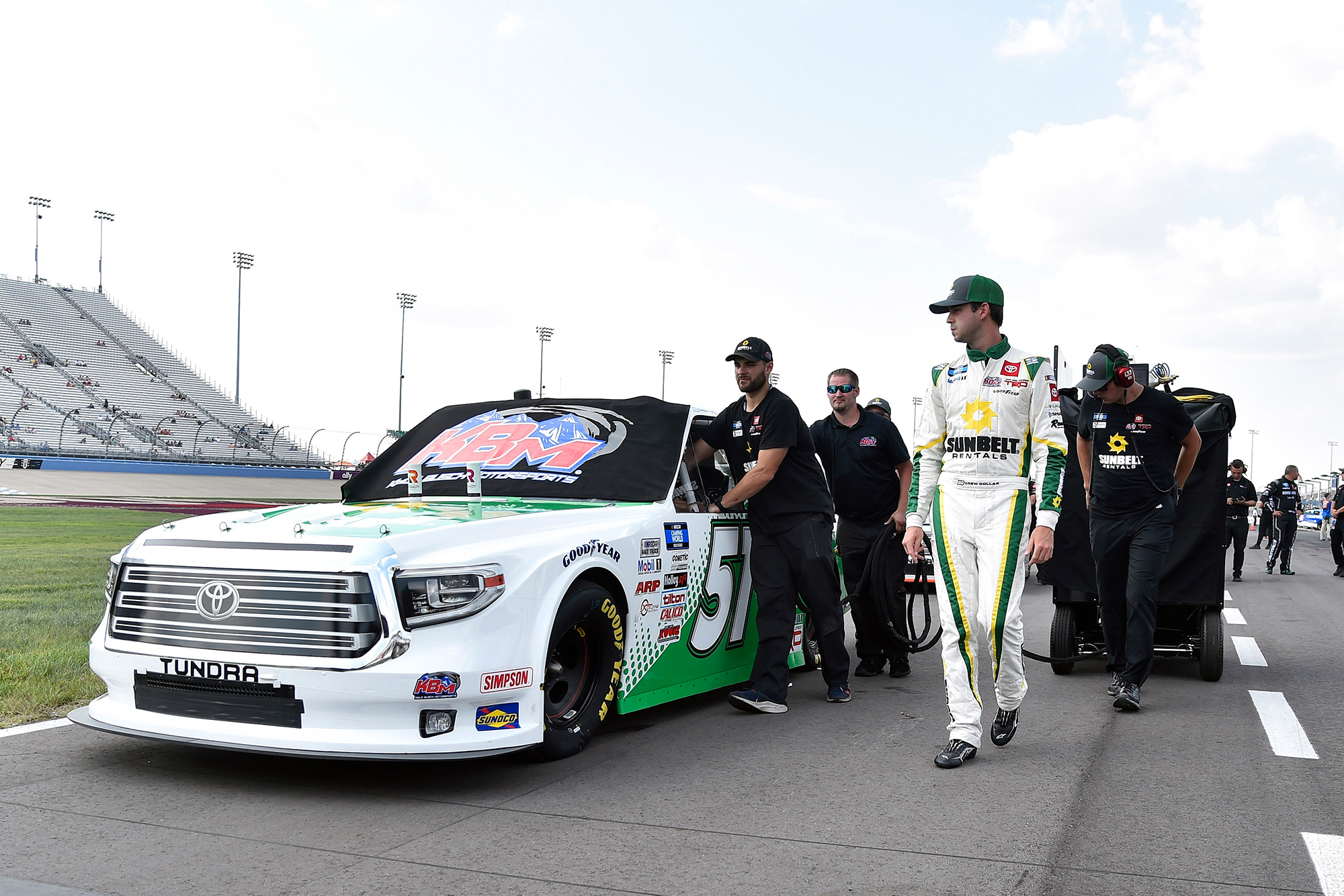 What can you take away from your first four Truck Series race that will help you as you head into your last four races of the season?

“The first four races are definitely I can learn a lot from. Just getting laps in the truck is something that is going to be very beneficial for these next four races I have. Already knowing what to expect in the trucks, now just going to these tracks that I may or may not have seen before is going to be fun. Having some experience in the trucks and working with the team now my confidence is a lot higher and I’m really looking forward to it.”

Without having truck practice at Bristol, will running the ARCA Menards Series race Thursday be beneficial to you?

“Getting some laps in the Sunbelt Camry before I go and hop in the Sunbelt Rentals Toyota Tundra will be very beneficial to me to already have some laps on the track.  I’ll just have to change up what I’m doing when I get in the Tundra. I’m excited for it, Bristol is definitely one of my favorite tracks.”

What is it going to take to have a solid finish at Bristol on Thursday?

“I know we are definitely going to unload with a really fast Toyota Tundra at Bristol. It’s going to be my job to get up to speed quickly. I’ve had sim time already and feel good about it. I’ve been watching film and everything, so it’s just going to be my job to make sure we keep our Tundra out front.

KBM-059: The No. 51 Sunbelt Rentals team will unload KBM-59 for Thursday night’s race at Bristol. It will be the first official start for this chassis this Tundra. Dollar was scheduled to race it at Charlotte (N.C.) Motor Speedway in May but had to go to a backup truck after an incident in practice. Raphael Lessard finished fourth with KBM-59 in its most recent outing last October at Texas Motor Speedway in Fort Worth. The chassis best result was a third-place finish with Chandler Smith in November of 2019 at Phoenix (Ariz.) Raceway.

Chandler Smith Overcomes Issues and Charges Back to Fourth-Place Finish
May 15, 2022