Dominating Performance Leads to Disappointment for Byron at Phoenix 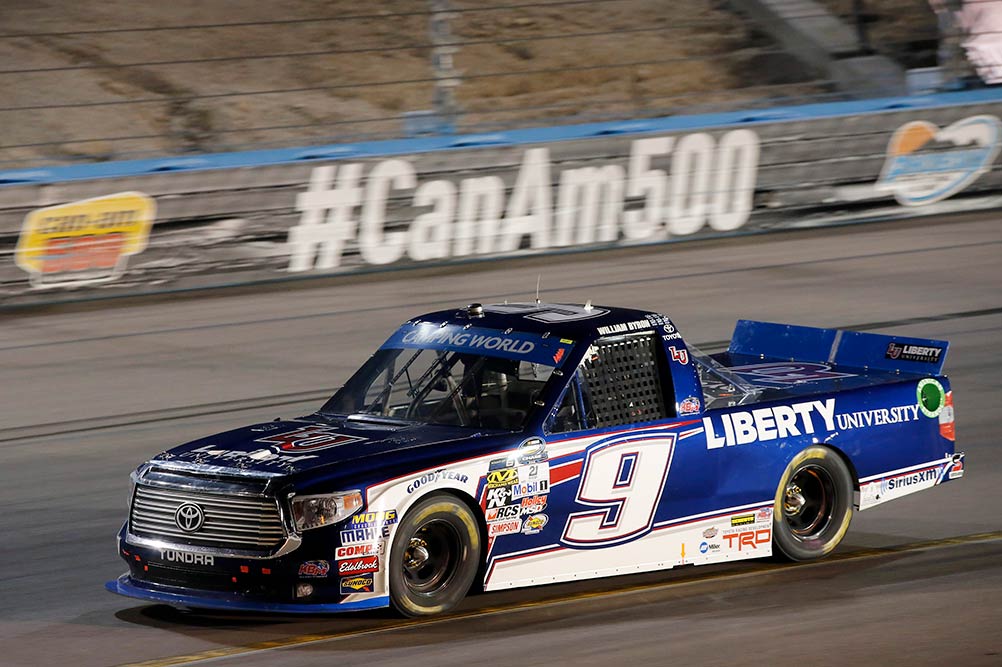 William Byron came to Phoenix International Raceway with his sights set on clinching his place in the Championship 4. It looked as though it would happen after winning the pole and leading the most laps, but with only nine laps to go the engine in his Liberty University Tundra gave up leaving Byron in 27th place and outside of the top four headed into the final race of the season.

After claiming his second pole of the season, Byron dominated much of the race. He led 112 of the 150 laps and had a sizeable lead with 10 laps to go when he radioed to his Kyle Busch Motorsports (KBM) team that he believed the engine was about to blow. Everyone hoped it could hold on for the final 10 laps, but that was not the case. Byron came to pit road with nine laps to go and the team determined his night was over. 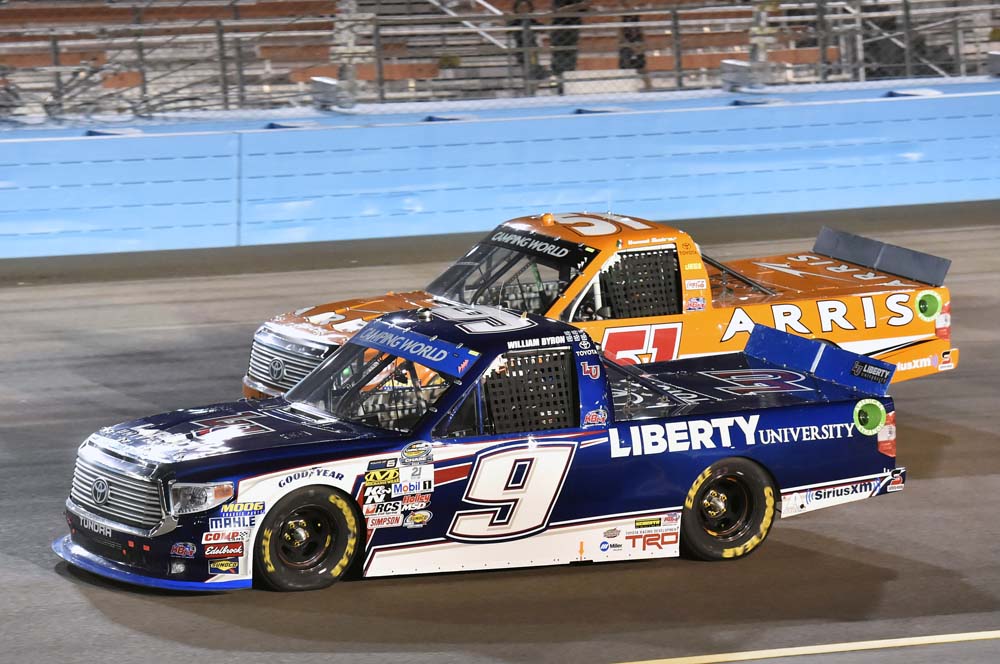 The 27-place finish dashed his hopes of completing his rookie Cinderella season with a championship since he was unable to make the Championship 4 heading into the final race of the season next weekend.

“We had been running hot a little bit the last run and kind of all night, but it stayed within temperature range and just started to vibrate maybe the lap before, and I thought it was the tires and didn’t think it was a big deal,” Byron said. “It just sputtered and had flames coming out the cowl. It just stinks for this KBM team, they’ve worked so hard. It just happens I guess. It was a great Liberty University Tundra tonight. Thanks to all my guys at KBM. We’ll go to Homestead and try to get one more win.”

Next week is the final race for the NASCAR Camping World Truck Series in 2016 at Homestead-Miami (Fla.) Speedway on Friday, November 18. Live coverage of the Truck Series race will air on FS1 at 8 p.m. ET.