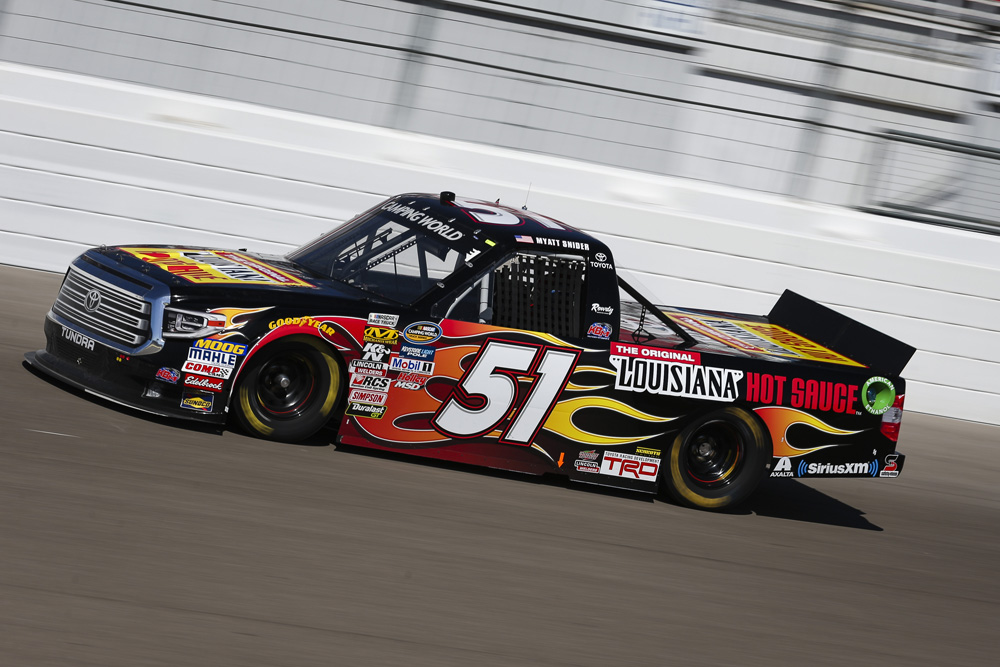 It was an unfortunate night for Myatt Snider in the No. 51 Louisiana Hot Sauce Toyota Tundra at Las Vegas Motor Speedway. During the first lap of the race he was caught in slow traffic and contacted from behind, ending his night early with a 28th-place finish. This was Snider’s fifth NASCAR Camping World Truck Series (NCWTS) start for Kyle Busch Motorsports (KBM) during the 2017 season.

Talk about your night…

“I’m super bummed, we were just in the wrong place at the wrong time. My guys worked extremely hard for weeks to bring me a fast Toyota Tundra. I know it’s not the night we wanted but I want to thank all my guys at KBM, Toyota and Louisiana Hot Sauce. We had a chance to go out there and compete for the win but now I’m putting that behind me and looking forward to my next race in two weeks at Talladega (Superspeedway).”

The No. 51 Toyota Racing team is now seventh in the Truck Series Owner Championship Standings.

The Truck Series returns to action in two weeks at Talladega Superspeedway on Saturday, Oct. 14.  Live coverage of the race begins with the NCWTS Setup Show at 12:30 p.m. ET on FOX.