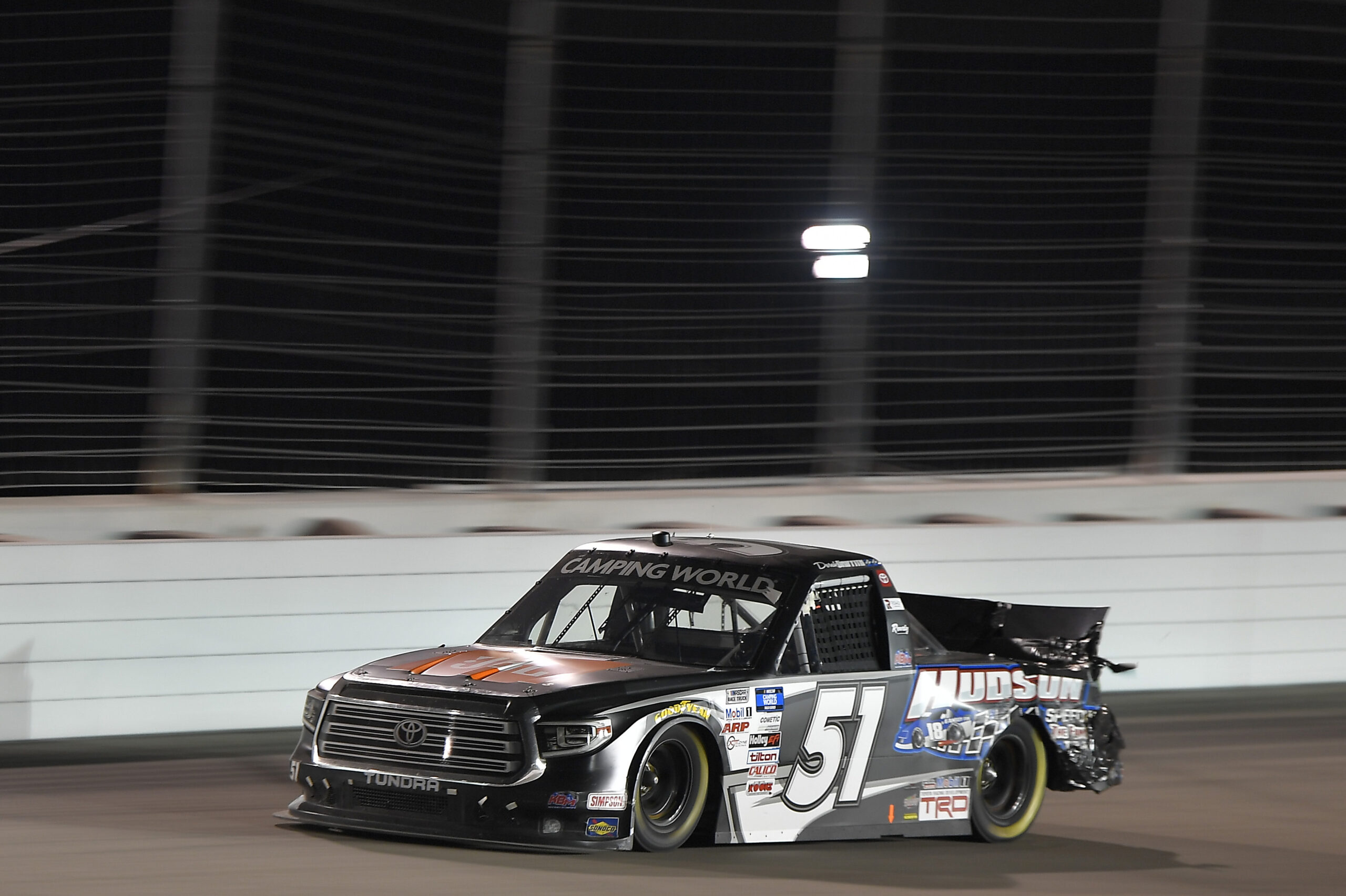 Nearing the end of Stage One, Griffith spun out and got into the wall in Turn 1, bringing out the third caution of the race. The contact resulted in damage to the back end of the No. 51 JBL/Hudson Speedway Tundra that the crew would be forced to work on during pit stops throughout the remainder of the race.

During Stage Two, damage from the earlier wreck would cause more problems for the No. 51 team as they spent six laps behind the pit wall, fixing a fuel pressure issue. The crew was able to resolve the issue, sending Griffith back out on to the track. After starting the final stage in the 33rd position, Griffith was able to work his way back up the scoring and would finish his debut with a 26th-place finish.

After the first race of the NASCAR playoffs, the No. 51 team sits just above cutoff line in the owner’s championship standings with 2017 points.

The No. 51 will be back in action when the NASCAR Camping World Truck Series heads to Darlington (S.C.) Raceway on Sunday, September 5. Live coverage will be on FS1, Motor Racing Network and SiriusXM at 1:30 p.m. ET.