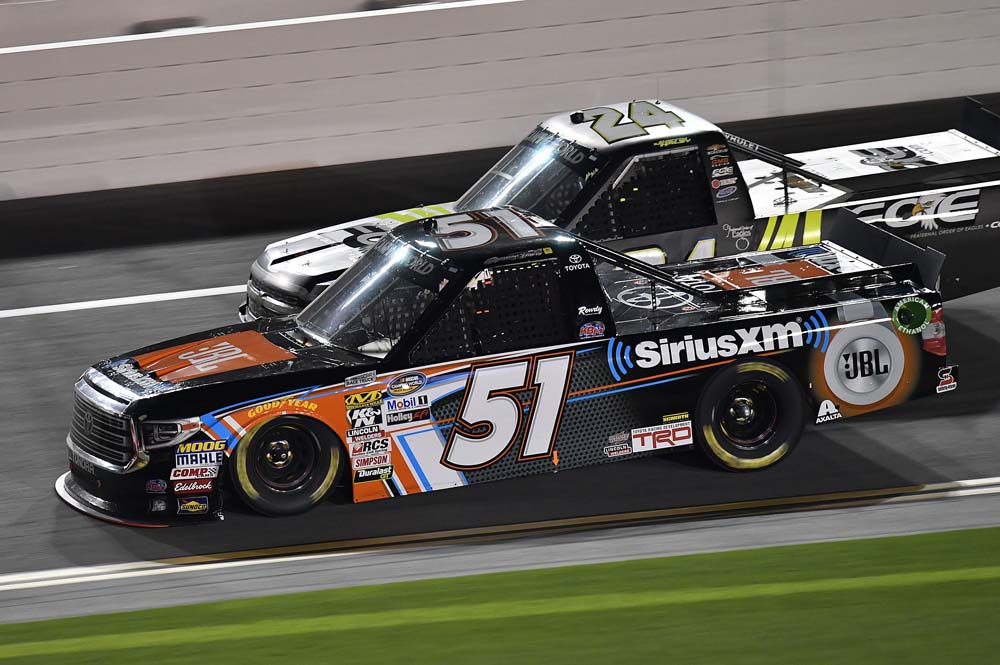 Spencer Davis made his NASCAR Camping World Truck Series debut Friday night in the No. 51 JBL/SiriusXM Tundra and with patience and perseverance, earned a seventh-place finish in his first start. He was the highest finishing Toyota in the race. 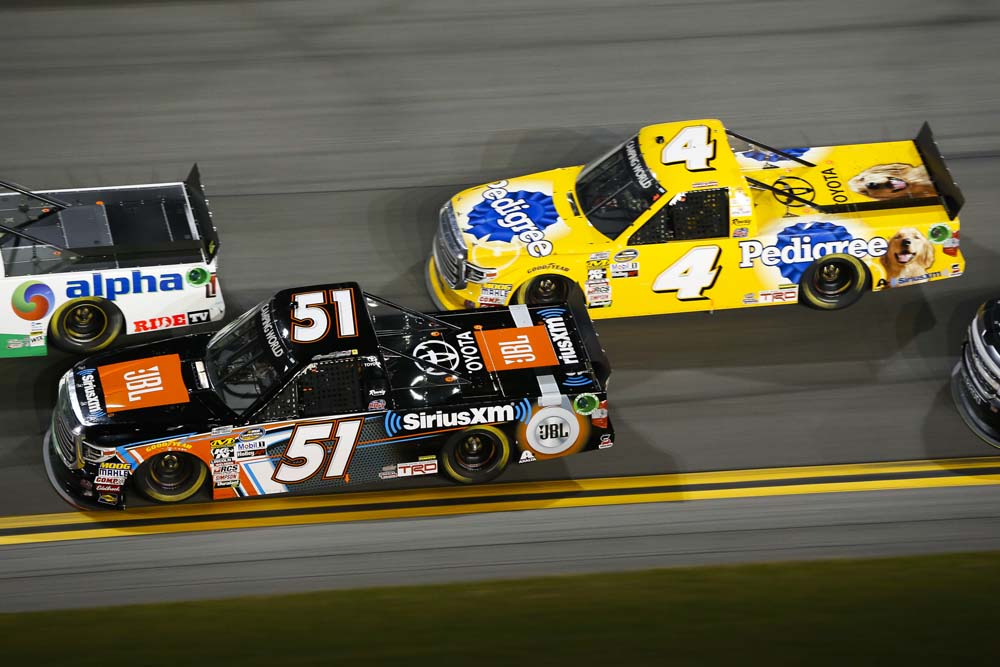 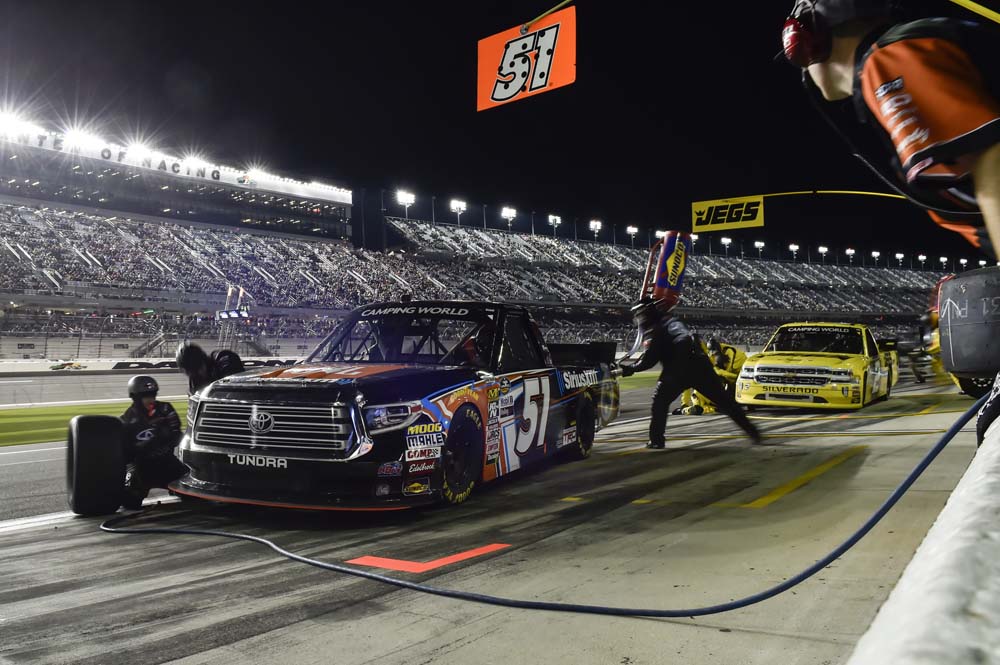 SPENCER DAVIS, driver of the No. 51 JBL/SiriusXM Tundra for Kyle Busch Motorsports:

“The big word coming into this weekend was patience and it showed. We rode around on the bottom and stayed out of trouble and just tried to make it to the end. I was in a real good position there with David Gilliland out in front of me and unfortunately, we were pushing hard and he got loose right there, which kind of sucked because I needed my teammate right there. From that point, I tried to just side draft and had Ben Rhodes pushing me. As soon as they all bailed I kind of got screwed and pushed to the back. We had some trouble on the final lap, but came out of here with a top-10 finish of seventh. I’m super happy about that.”

The No. 51 team leaves the first race of the season ranked ninth in the Truck Series Owner’s Championship Standings, 28 points out of first.

Davis will be behind the wheel of the No. 51 Rheem Tundra when the Truck Series returns to action February 24 at Atlanta Motor Speedway in Hampton, Ga. Live coverage of the Active Pest Control 200 begins at 4:30 p.m. ET on FS1.