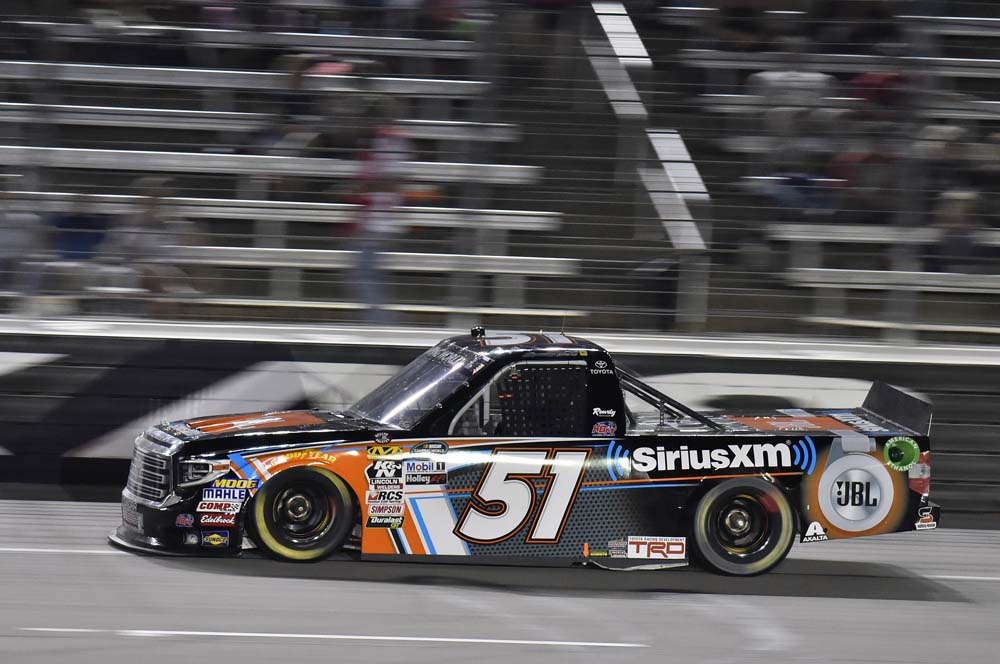 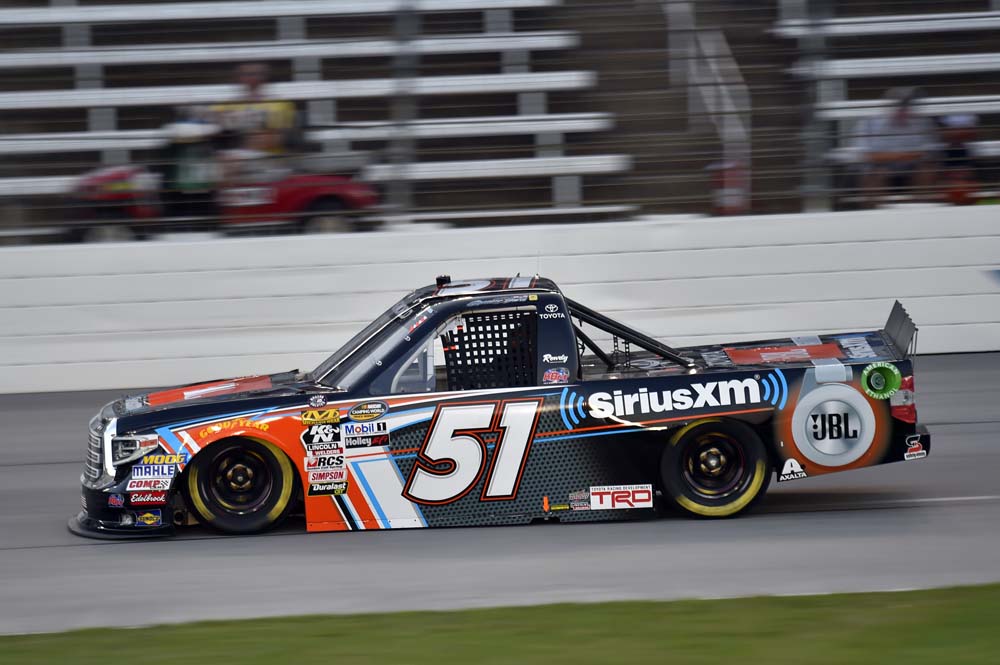 Spencer Davis had never raced at Texas Motor Speedway before, but most people would not have known that based on his performance Friday night at the 1.5-mile oval. Davis started fourth, led seven laps to start the second stage of the race and brought his JBL/SiriusXM Tundra home in ninth place. 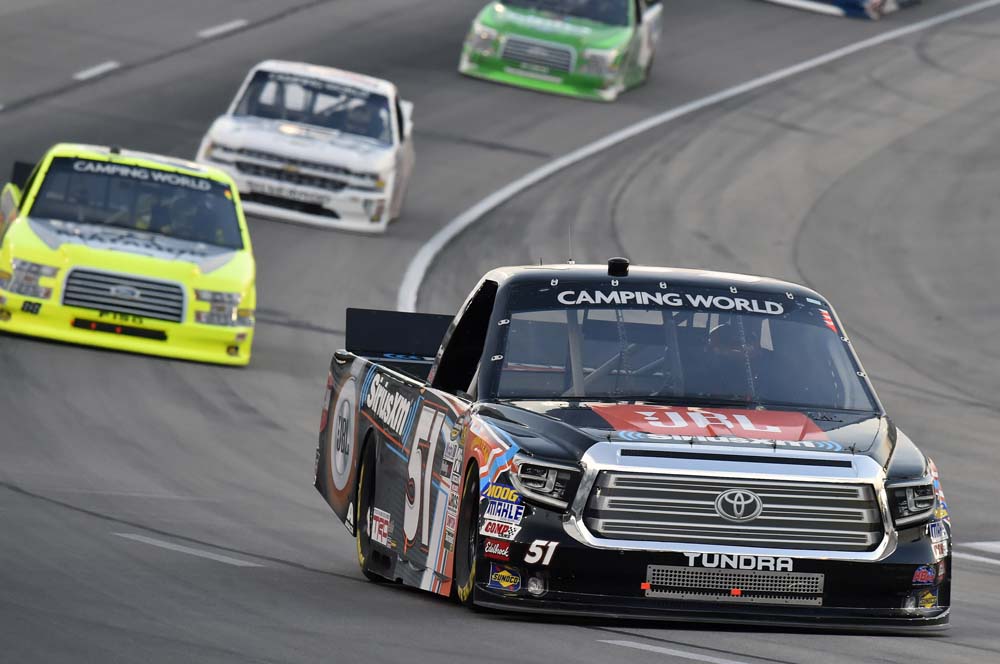 Spencer Davis, driver of the No. 51 JBL/SiriusXM Tundra for Kyle Busch Motorsports:

“Our JBL/SiriusXM Tundra was real strong all night, especially in the first two stages and the start of the third stage. We led some laps in the second stage and got some stage points throughout the race. I got loose after we put on the second-to-last set of tires and fell back to ninth. When we put on different tires we got up to seventh, but I got kind of jacked up on that last restart. There’s not much you can do when your rear tires are spinning up off the ground.

“We rebounded and finished ninth which is a little disappointing for how strong we were all day, but I’d like to thank everybody at Kyle Busch Motorsports. There’s no “i” in team, so we’ll go get them at Michigan.” 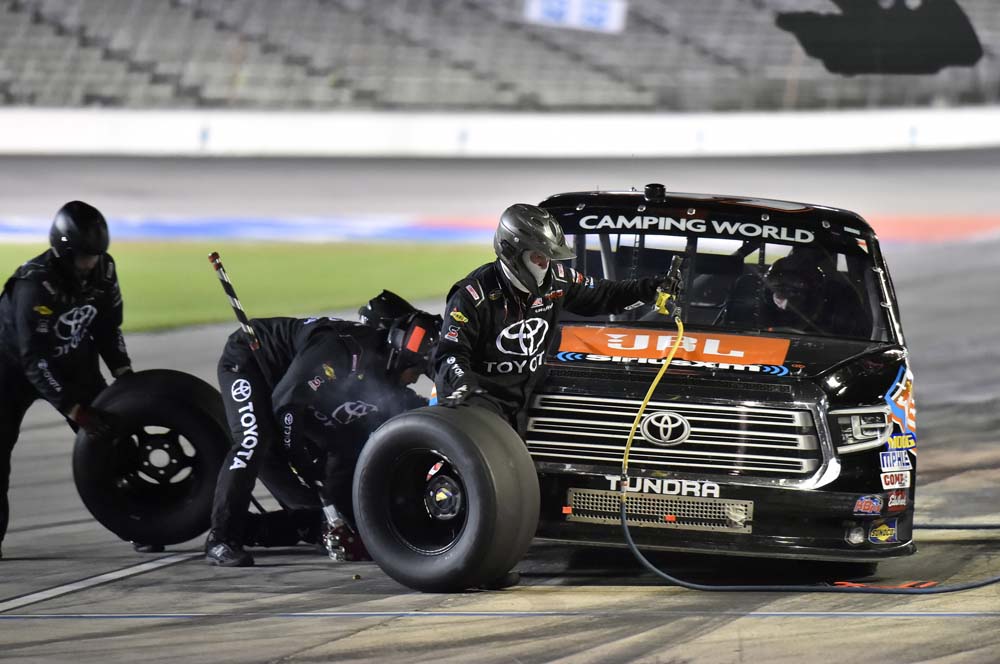 The No. 51 team remains second in the Truck Series Owner’s Championship Standings, 76 points out of first.

Harrison Burton returns to the No. 51 Tundra when NCWTS action resumes on Saturday, June 16 at Iowa Speedway in Newton. Live coverage of the race begins at 7 p.m. ET on FS1. Davis’ next race will be at Michigan International Speedway on August 11.