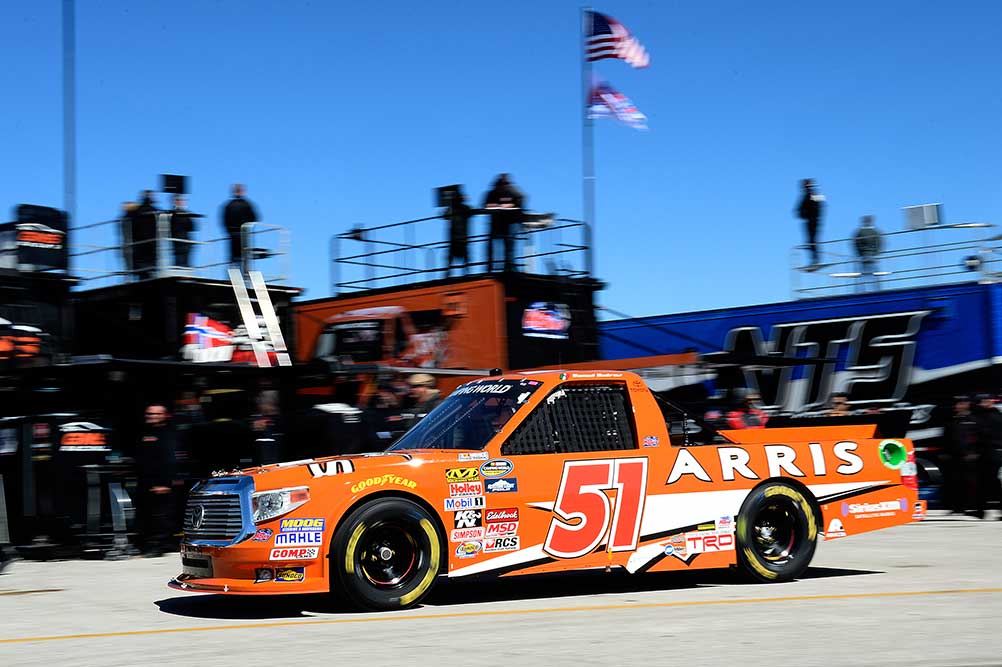 Daniel Suárez: “I’m looking forward to Daytona and getting into my ARRIS Tundra on Thursday afternoon. It’s been a long offseason and I can’t wait to hit the track. The guys at KBM have worked extremely hard to build me a fast truck, so hopefully we can go out, have some fun and bring home a solid finish on Friday night to kick-off speedweeks.”

Bono Manion: “I’m really looking forward to my first NASCAR Camping World Truck Series race as a crew chief down in Daytona. You look around the shop here at KBM and see all these banners, and I should would like to be associated with one of them, and there is no better place and no better time than Friday night in Daytona to get that done. This team has worked extremely hard in the offseason, and I’m excited to see how the race shakes out on Friday night.”